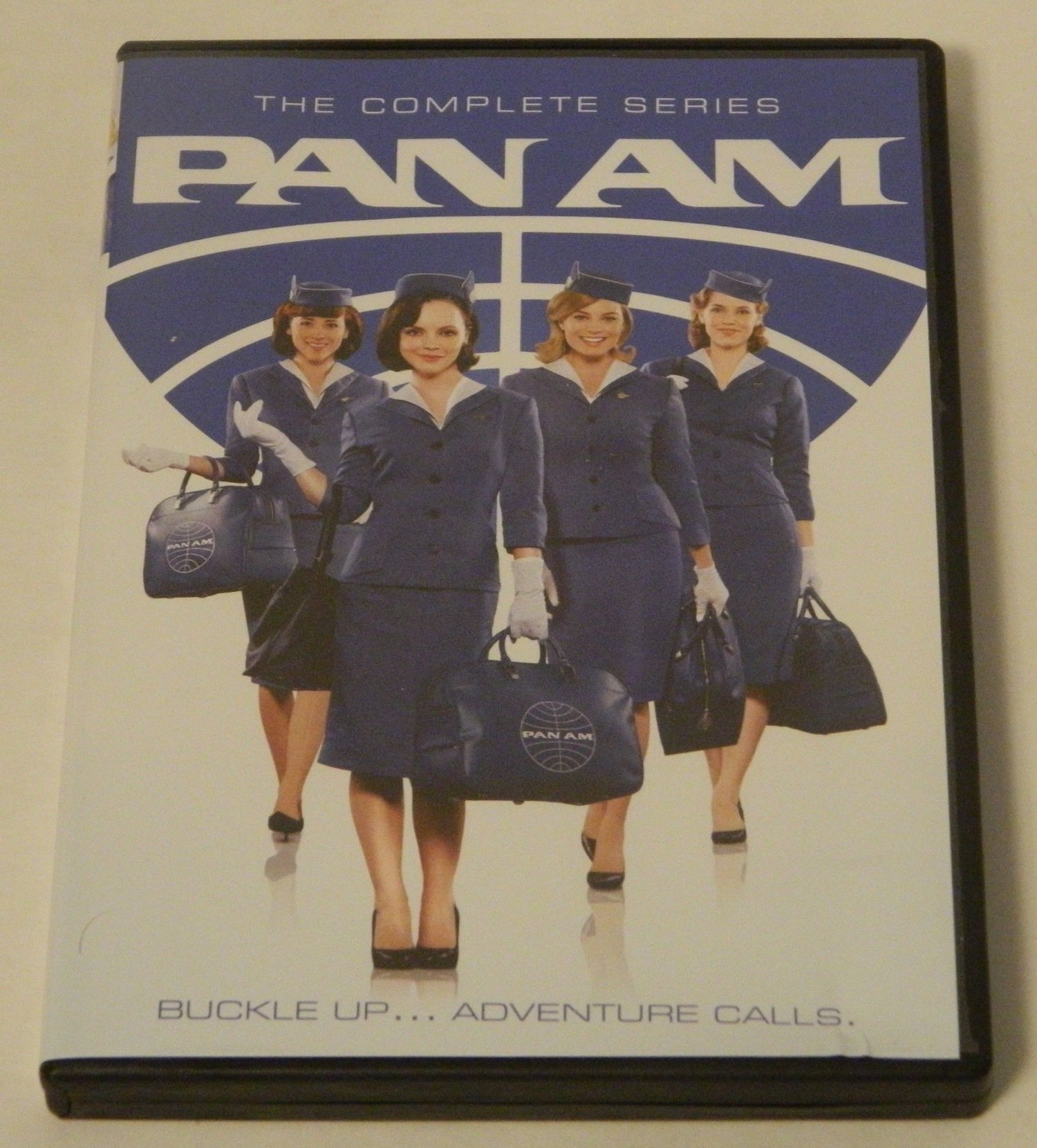 Ever since Mad Men became a hit on AMC in the late ’00s, the broadcast networks have tried to do period and prestige shows but nearly all of them have failed miserably. They keep expecting them to work but they never do. This is most likely due to network TV seasons requiring far too many episodes (usually 18-22 per season), everything needing to be toned down (the violence is reduced, stories can’t get too dark, and obviously they can’t do nudity at all), and network budgets not really being enough to do high quality period shows (though the pilot episode of this show somehow cost $10 million to make). While Pan Am fares better than some of the other network attempts of the early ’10s (especially NBC’s extremely bad decision to do The Playboy Club without the ability to show any nudity), it is ultimately just another example of a period/prestige show that should have been on cable if not a premium network like HBO or Showtime. This would have allowed it to have fewer episodes (meaning higher quality and less dull storylines), a bigger budget (so the show could have shot at more than one or two locations per episode), and the ability to show whatever it wanted.

With all of this stacking against it, Pan Am unsurprisingly only lasted one shortened season (14 episodes) in 2011-12 on ABC before it was cancelled due to poor ratings. The show stars Christina Ricci, Margot Robbie (in one of her early roles), and others as flight attendants and pilots on a new Pan Am commercial jet in 1963. Each have their own stories that play out both inside and outside the airplane, often in exotic locations like a casino in “Monte Carlo” or a hotel room and bar in “Jakarta” (as you can tell they didn’t have the budget to really do the travel or period elements particularly well). Ricci plays the energetic lead flight attendant Maggie, Robbie is Laura Cameron (a runaway bride who did so to travel the world), and Kelli Garner plays Laura’s sister Kate (who uses her role as a flight attendant to covertly work as a courier for the CIA). The show also features a French stewardess (Karine Vanasse) as well as the pilot (Mike Vogel as Dean Lowrey, one of the youngest pilots employed by Pan Am) and co-pilot (former test pilot Ted Vanderway, played by Michael Mosley) of the aircraft.

Since it’s hard to come up with lots of different stories that take place on an airplane, Pan Am made the decision to try to be a lot of different things at once. It’s one part airplane drama, one part spy drama (though Kate mostly just does dead drops and simple tasks like that), and also mixes in elements of historical shows (episodes sometimes feature historical events like a Mercury launch on television or JFK’s speech in Cold War Germany), romantic drama, and travelogues/adventure shows (though it doesn’t really have the budget to do this one properly). Unfortunately, this mix of several different genres really doesn’t work. The show tried too hard to juggle multiple different plots and the ultimate result is a mix of uncompelling stories that mostly just bore viewers.

Pan Am is an example of a show that actually peaks with its pilot episode. For me at least, the pilot and other early episodes of a series are usually amongst my least favorite episodes of most shows. I know a lot of people love pilot episodes but for me, almost all shows never really find their footing until later in the first season if not even their second year. With Pan Am, the best episode of the fourteen is the pilot episode because it at least isn’t boring due to all of the flashbacks. Of course you need to setup your characters and plot lines in the pilot episode but this one brings up almost everything of importance before the first episode is even over. While that makes for an interesting first episode, if the show would have spread some of this material out it could have helped subsequent episodes from being as boring as they turned out. After the pilot, there are several dull episodes in a row that bottom out in the 2 out of 5 range before a slight bounce back towards the end of the season. The show was trending back upwards by the time it was cancelled so I am a little curious if it would have become an actually good show if it managed to secure a second season.

With all that being said, Pan Am is certainly not an unwatchable series, just a pretty boring and bland one. The actors do their best with the dull material they are given and in some cases, even make it work more than it should. A short time after this show finished airing, Margot Robbie would turn into a movie star and it’s easy to see why as she is stunningly gorgeous and a pretty solid actress as well. For Stranger Things fans, David Harbour is also in this in a recurring role as an MI-6 agent (who knew that Hopper could do such a great British accent). The rest of the cast is quite good as well, I just wish they were given more compelling material to work with.

I am usually quite lenient when it comes to video quality on these reviews, as I am far from an expert on what makes for a high quality release and what doesn’t. I just know what I think looks good and what doesn’t. Unfortunately, I must admit that this release of Pan Am: The Complete Series looks quite rough at times (starting with the very first scene). The biggest problem with the release is the compression which is very noticeable in certain scenes (and which makes some shots look quite ugly). Two discs for fourteen episodes is definitely pushing it to the limit. The original 2013 Sony release only included three discs so it was likely compressed a bit as well, though likely not as badly as this one. While there are some admittedly ugly scenes in this release, the majority of it is acceptable for an obscure TV on DVD release like this (though certainly disappointing). An upgrade to Blu-ray would have been nice and would have helped cover up some of the compression issues but this was likely far too niche of a show to make it to the format.

Ultimately, despite the show getting better towards the end of the season, Pan Am: The Complete Series just isn’t for me. The stories just aren’t interesting enough, the mixing of multiple genres doesn’t work as well as I had hoped, and it quickly became clear to me that this series should have been on cable (preferably a premium network like HBO) instead of broadcast television. I’m not the biggest fan of period shows in the first place though, so if you are a bigger fan of the genre or more interested in learning about the lives of airline stewardesses and pilots in the ’60s (though through a glorified TV-14 lens), it might still be worth picking up Pan Am: The Complete Series. Just be warned that the video quality on this release is a bit rough.

Buy Pan Am: The Complete Series on Amazon: DVD

Amazon: Buy Pan Am: The Complete Series on DVD