How to Play the New Kids On The Block Game

A player begins their turn by rolling the die. What a player does on their turn will depend on whether they roll a number or the New Kids On The Block logo.

If a player rolls the New Kids On The Block logo, they take the same actions as if they landed on a concert space. A player is unable to use a Concert Pass card to keep moving though. 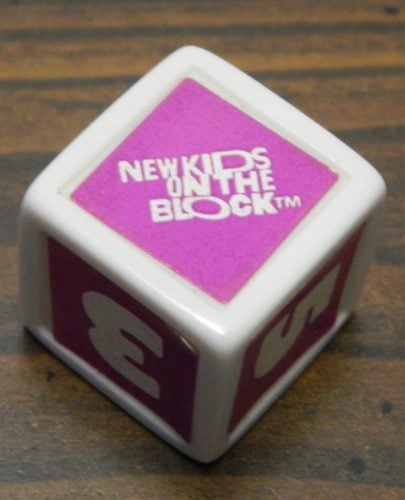 This player rolled the New Kids On The Block symbol on the die. They will have to draw and play a card.

The different types of cards in the game include:

Once a player has completed their turn, play passes to the next player clockwise.

Once a player has acquired three or more pictures, they can choose to head towards the finish space or continue collecting pictures that they don’t already own. A player does not have to land on the finish space by exact count. When the player lands on the space they will roll the die hoping to win the game. The player will add up the number they rolled to the number of pictures they acquired.

My Thoughts on the New Kids On The Block Game

I have played over 700 different board games and without a doubt The New Kids On The Block Game is one of the most generic roll and move games that I have ever played. You basically just roll the die to move around the board. The ultimate goal is to collect pictures of the members of the band. You will also occasionally draw and play cards which mostly just move players to different spaces around the board. Once you have collected three or more pictures you can try to win the game by reaching the finish space and rolling a high number. That basically sums up the whole game.

Not being a fan of New Kids On The Block and knowing how bad these type of games from the 1980s-1990s were, I did not have high expectations for the game. Despite the low expectations, I think I was still somehow disappointed by the game. The New Kids On The Block Game is just not good. It feels like the designers just took the band and pasted it onto a very generic roll and move game. The theme has absolutely no impact on the gameplay. You could have added any other theme to the game and it would have had just as much relevance. This game has all the makings of a cheap cash grab.

I think the main problem with the New Kids On The Block Game is the fact that there is very little decision making in the entire game. As there is little decision making, the winner is almost always going to be the luckiest player. You will make decisions on every turn but they are so obvious most of the time that the game basically plays itself. When moving you might as well just go from one band member to the next in order. There is no point skipping around the board as you will just waste time. It is also usually quite obvious what you should do with the cards. You can choose which of your two cards that you want to play, but it is usually going to be pretty obvious which you should use.

The one area where there could have been some decision making was in the end game. Once a player has gotten at least three of the pictures, they can choose either to head towards the finish or collect the remaining pictures. At first I thought this decision was actually going to have an impact on the game, but it ends up not really mattering. Basically you have to decide whether you want more opportunities to roll the die or if you want to collect more pictures which should make the die roll easier. You are usually better off just heading to the finish as soon as possible. The extra turns you gain from not collecting the extra pictures gives you more opportunities to roll the number you need. With only three pictures you still have a 1/6 chance of rolling the number you need. Getting the fourth picture increases your odds to 1/3, and the fifth picture gives you 50% odds. You will have to waste several turns collecting the other pictures though. You likely are better off just going with three cards as the extra turns will likely offset the worse odds. This was shown in the game we played as a player headed straight to the finish after collecting three pictures, and rolled a seven on their first attempt to win the game.

I think most of the problems with the game come down to little effort being put into the design of the game. The game feels like it was never really tested as the mechanics don’t really work and aren’t fun. For example I don’t understand the mechanic where you can collect pictures by landing on or moving through one of the name spaces. This makes the game much shorter (thankfully), but it eliminates any chance for skill or strategy. The decision gets even weirder since when you play a card you have to move off the space and then back through it on another turn in order to collect the picture.

The component quality for the New Kids On The Block Game are basically what you would expect out of a 1990s Milton Bradley game. The gameboard, pawns, cards and dice are the same quality as every other Milton Bradley game. The components do a decent job using the theme but are nothing special. I am guessing this isn’t going to be a problem for most people, but the group I played the game with had a hard time telling the different band members apart based on the photos. We ended up having to resort to creating a checklist of which band members we already collected. I am guessing this is due to none of the people playing the game being fans of the band. I think the game could have included the names for the band members on the pictures though which would have made it easier to tell them apart.

The New Kids On The Block Game is not a good game but there are a couple potential positives for some players. The game is quite easy to play as the mechanics are straightforward and basically only require some light reading. The game also plays quite quickly as most games should only take around 15-20 minutes. I think the greatest positive is that I could see fans of the New Kids On The Block having fun with the game. The game features a lot of images of the band members. People could have some fond memories of the game from their childhood. The problem is I don’t see anyone who doesn’t really like the band getting much out of the game.

Should You Buy the New Kids On The Block Game?

The New Kids On The Block Game is basically exactly what you would expect it to be. Milton Bradley basically took a very generic roll and move game and pasted on the New Kids On The Block theme in order to try and appeal to fans of the band. You are left with a boring board game that relies almost entirely on luck. The few decisions you get to make in the game are pretty obvious which makes the game feel like it plays itself. You would think the end game of deciding whether to collect more pictures or head for the finish would be an important decision. It isn’t really as you are usually better off just heading to the exit as quickly as possible. The game is really easy and quick to play but I can’t really see it appealing to anyone outside of the biggest New Kids On The Block fans.

If you don’t love New Kids On The Block, there is no reason to play the game. I would only recommend the game to you if you really like the band and can find the game for cheap.

If you would like to purchase the New Kids On The Block Game, you can find it online: Amazon 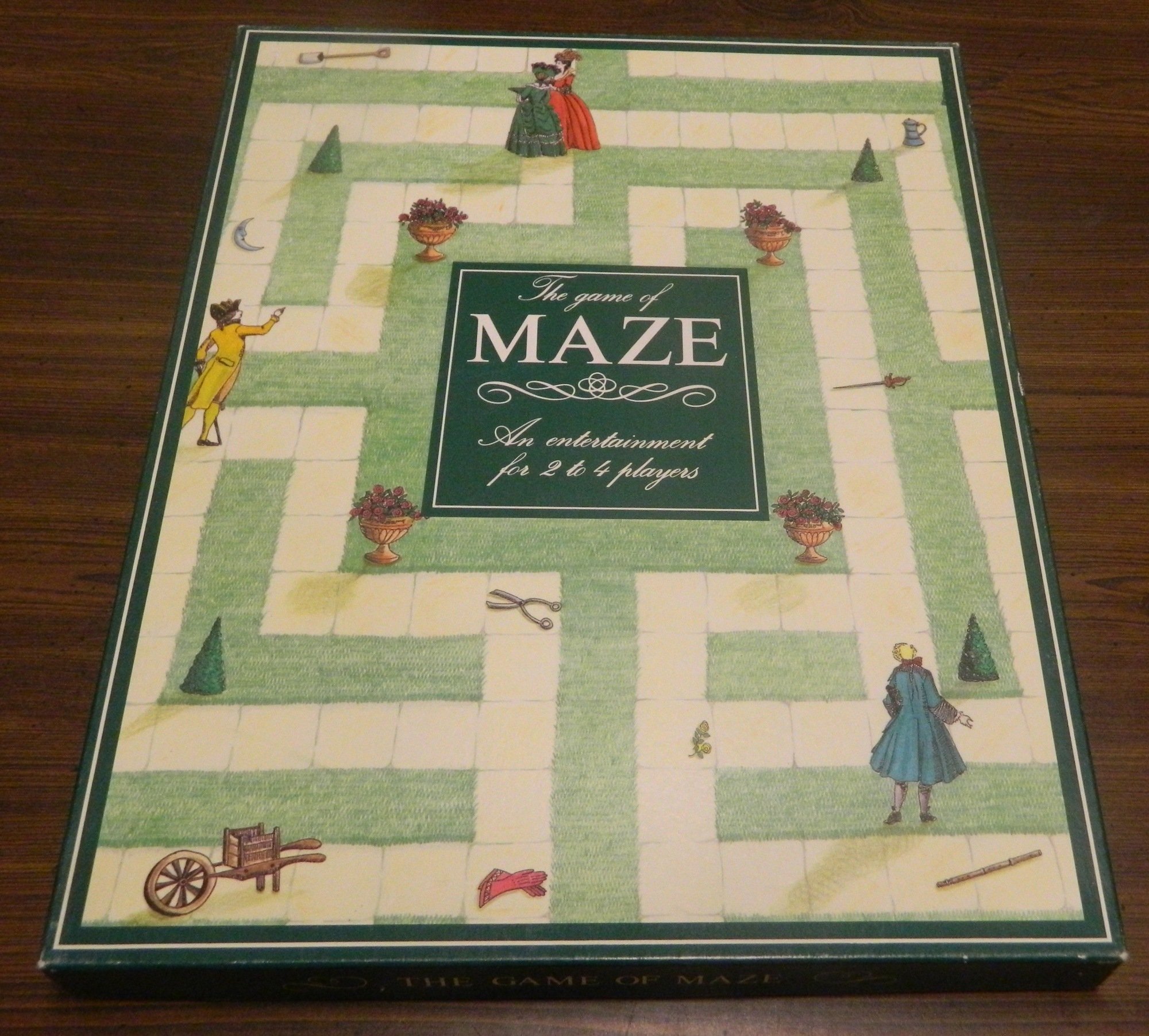 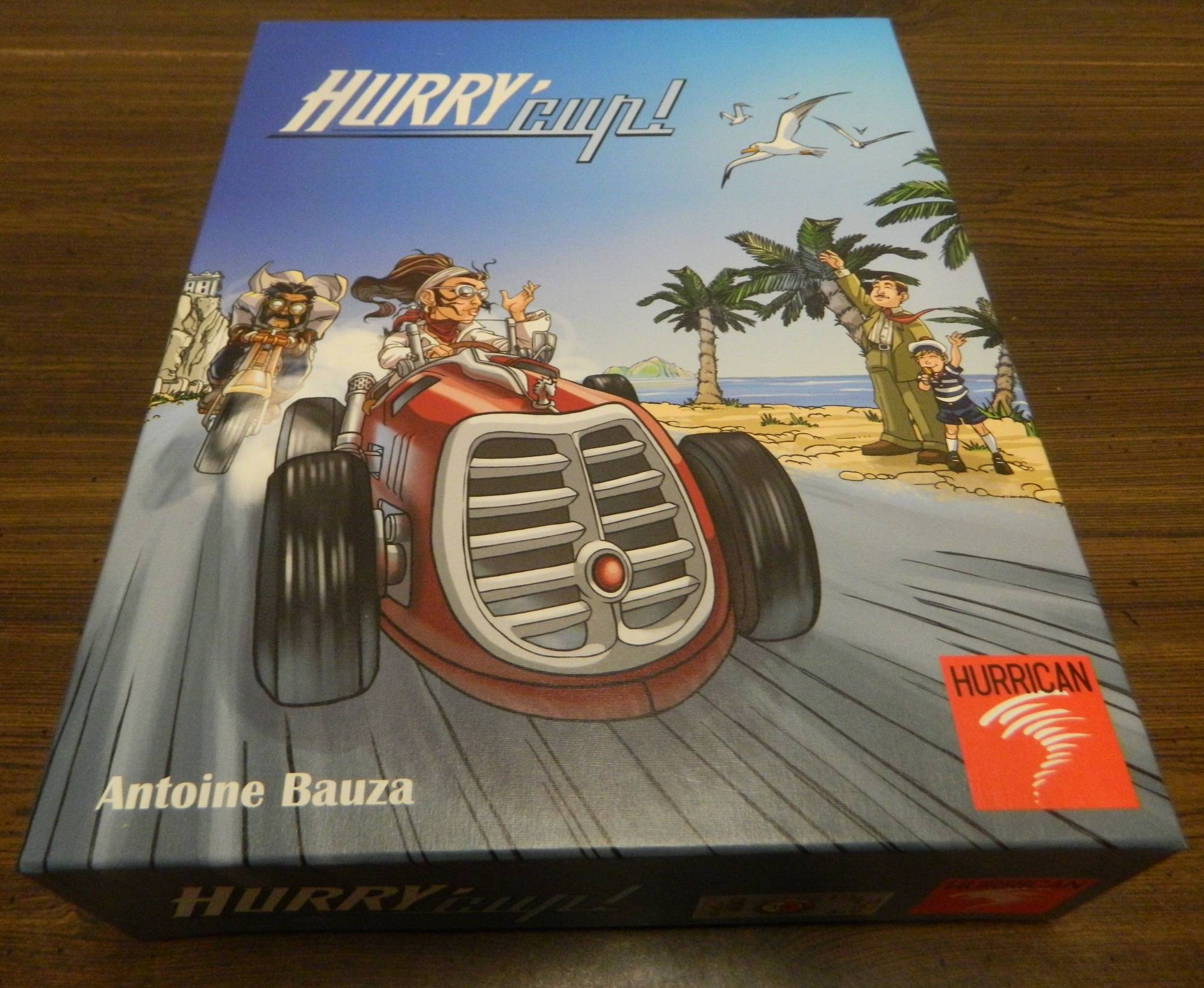