When I was a kid I will admit that I wasn’t a huge fan of point and click games. Back then I was more interested in other genres that offered more action than puzzle solving. In recent years though the genre has really started growing on me which isn’t surprising as I am a big fan of puzzle games. I bring this up because I am looking at another point and click game today. When I first saw the trailer for Luna The Shadow Dust I was immediately intrigued as it looked like I was watching an animated movie. When you first see the game it screams Studio Ghibli. This really intrigued me as it looked like a world that I really wanted to explore. Luna The Shadow Dust may be on the shorter and easier side but it weaves an engaging tale filled with clever puzzles that fans of the genre should love.

In Luna The Shadow Dust you play as Üri. The game begins with Üri falling from the sky.  Üri has forgotten everything including what lead to him falling to the ground. He awakens in a world that has been plunged into darkness. Near his landing position is a large tower that stretches high into the sky. For unknown reasons Üri decides to climb the tower. Along the way he encounters a cat-like creature call Layh. The two end up working together in order to try and reach the top of the tower. On their journey to the top they learn more about their past as well as the world itself. Can the two reach the top of the tower in time to save the world before it is plunged into darkness forever?

At its core Luna The Shadow Dust is a point and click adventure game with a heavy dose of puzzle solving. As the point and click genre has been around for decades the mechanics are pretty set in stone at this point. Luna The Shadow Dust’s gameplay doesn’t differentiate itself much from your typical game in the genre. If you have played even a few games from the genre you should already have a good idea of what to expect. As the title of the genre already makes it quite clear the gameplay revolves around pointing and clicking. In the game you control two different characters at the same time and can switch between them with the press of a button. Each character has their own actions that they are able to perform. You must use both character’s abilities to solve the puzzle(s) in each room in order to open the path to the next room in the tower. Most of the puzzles involve manipulating items in the environment but the game also utilizes light and shadows for quite a few of the puzzles.

The success of most point and click games generally relies on two things. As the genre is not known for its action the gameplay relies almost exclusively on puzzle solving. For this reason a point and click game needs to have good puzzle design in order to be successful.. I would say that the puzzle design in Luna The Shadow Dust is quite good. Outside of some of the light and shadow puzzles the game doesn’t introduce any particularly new mechanics to the point and click genre. The puzzle design works though because the puzzles are quite clever. The puzzles force you to think outside of the box in order to solve them. The key to solving a lot of the puzzles is to be observant and to think logically. Some trial and error doesn’t hurt either. You can tell that time was put into designing the puzzles. When you solve the puzzles you also feel a sense of accomplishment. Fans of puzzle games should enjoy their time with Luna The Shadow Dust.

The puzzle design leads me to the other factor that makes or breaks point and click games. In addition to being quite clever the puzzles do a great job reinforcing the game’s story and atmosphere. One of the things that initially really intrigued me about Luna The Shadow Dust was its theme/atmosphere. The trailer made the game look like you were playing inside an animated movie, and after playing the game I still hold that opinion. You can tell that the game took a lot of inspiration from various animated movies in particular Studio Ghibli films. Everything in the game is lovingly hand drawn and you can tell. This includes over 20 minutes of actually animated cutscenes. The graphical style of a game is usually a secondary factor for me when it comes to video games and yet the artwork is fantastic in Luna The Shadow Dust.  The artwork creates a truly immersive world and characters that you want to explore.

One thing that is unique about Luna The Shadow Dust is that there are no spoken or written words in the entire game. Instead the game’s story is told through the locations and characters themselves. This is an interesting way of telling the story as there are games that tell much of their story through the atmosphere, but I don’t know if I have ever encountered one that relies on literally no words. Due to this reason your enjoyment of the story is going to depend on how close you pay attention to your surroundings. The game isn’t going to outright tell you what is going on. Instead you will get a lot of the story from looking at various paintings and other objects you find in the background. If you are the type of person that generally prefers a game to explicitly tell you the story this might frustrate you as you will miss out on a lot of the details. People who like more immersive stories though where you learn the story through the environment itself will probably really like the story.

At this point I want to bring up the game’s digital art book and soundtrack which are part of the game’s deluxe edition. While the game’s music is great and I plan on listening to the soundtrack from time to time, I mostly want to talk about the art book. The digital art book is 62 pages. It can basically be seen as a guide to the creation of the game. It includes concept art as well as the final artwork. It delves into the process that went into creating the game and each of the levels. This can be used as a guide of sorts if you get stumped by any of the puzzles. The art book also takes a further dive into the game’s story and the history of the world that it takes place in. This gives you great background information about the game world and really helps clear up any questions you have about the story. Due to spoilers though I would highly recommend not looking at it until after you complete the game. Generally I am not a big fan of digital art books but I really liked this one as it is genuinely a good look behind the scenes of how Luna The Shadow Dust was made and gives you a lot of valuable information.

I really enjoyed Luna The Shadow Dust but I had a couple issues with it.

I think Luna The Shadow Dust has fantastic puzzle design. The problem is that I didn’t find the puzzles to be particularly challenging. I found the puzzles to be clever but I didn’t have much trouble solving them. I do play a lot of puzzle games so that may have played a factor. The problem is that the puzzles’ solutions are pretty straightforward. Outside of the last couple of puzzles I would say that I figured out the puzzles pretty quickly. I wish the game was a little more challenging but this doesn’t ruin the game. If you were hoping for a really challenging game you will be a little disappointed. The easier difficulty prevents the game from becoming frustrating though as there aren’t any of those puzzles that make no sense that the genre is known for. Even though the puzzles are easy there is still a sense of accomplishment when you solve them.

The easy difficulty leads to the other problem that I have with Luna The Shadow Dust. The game has a total of 20 puzzle rooms with most of these rooms consisting of a multi-part puzzle. As I figured out a lot of the puzzles pretty quickly this lead to the game being on the short side. I finished the game in around four hours. I would guess most players would finish in around this much time. If you have trouble solving some of the puzzles or want to spend some time just admiring the atmosphere you could probably get a little more time out of the game. As the game is a point and click game though there isn’t much replay value outside of redoing the puzzles, preferably after you have taken some time off so you don’t remember all of the solutions.

I really enjoyed Luna The Shadow Dust. The game may not revolutionize the genre as it plays like your typical point and click game. Despite that it creates a really engaging game. The puzzle design in the game is fantastic. The puzzles are well crafted and the solutions are quite clever leaving you with a sense of accomplishment. Supporting the puzzle design is the overall atmosphere which is fantastic. The game utilizes a hand drawn style that feels like playing a game inside an animated movie. The story is mostly told through the environment but it creates a visually stunning world that you want to fully explore. Probably the biggest problem with Luna The Shadow Dust is the fact that it is on the easier side. This leads to the other problem with the game which is that the game is on the shorter side.

People who have never really been fans of point and click/puzzle games or aren’t particularly interested in the theme probably won’t get a lot out of the game. If you are a fan of point and click games and like the atmosphere though you will likely love the game. For this reason I would recommend picking up Luna The Shadow Dust. 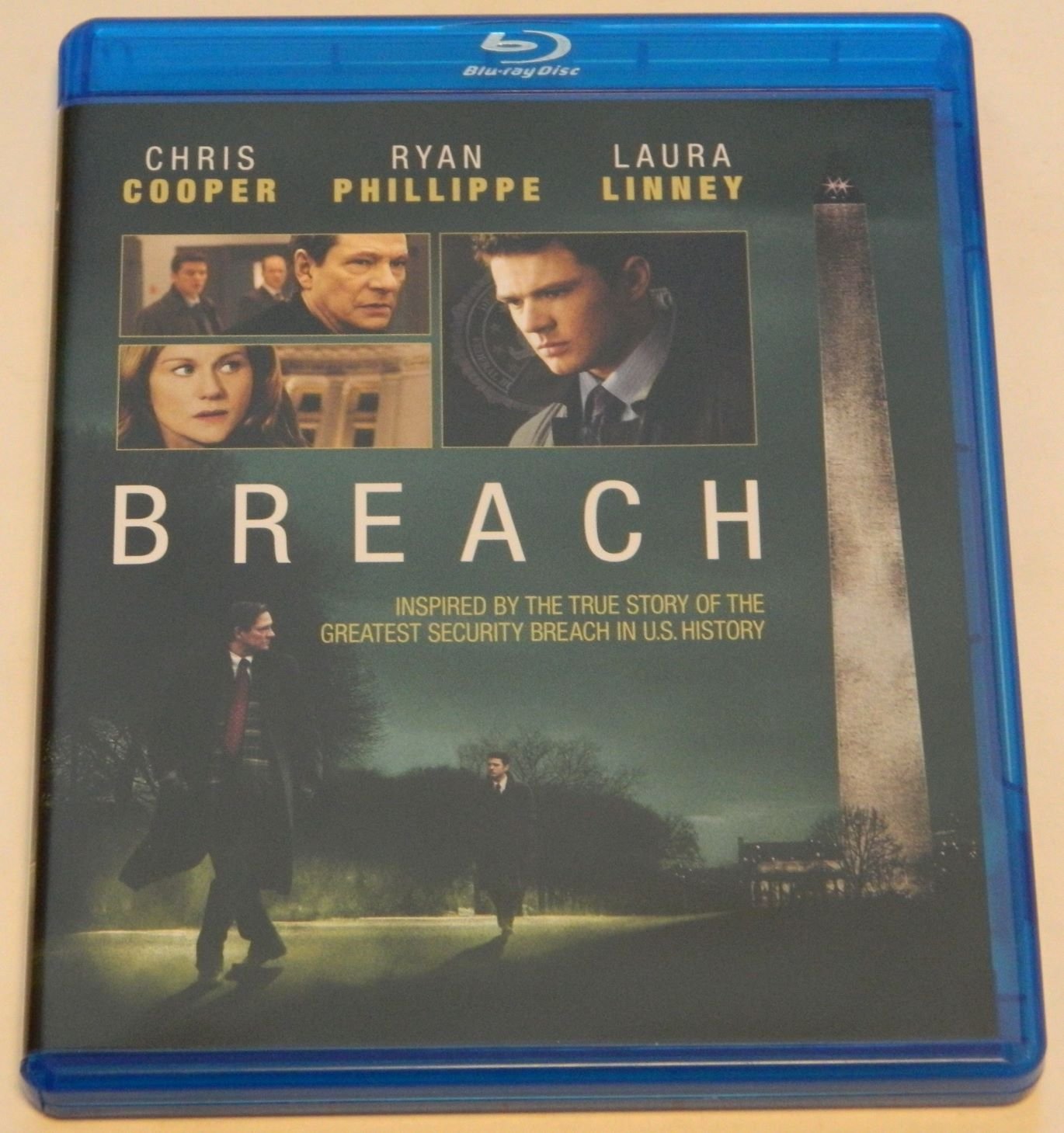 September 2021 TV Series Premieres: The Complete List and Guide to What to Watch
Click here to cancel reply.