In the original Operation you played as a surgeon trying to help out the patient Cavity Sam with his various medical issues. In the sequel, Operation Pet Scan, you have switched careers and are now a veterinarian. Cavity Sam’s dog, Rex-Ray, has ate some things that he shouldn’t have. Your job is to try and help him feel better by removing the objects from his stomach. Will you be the best veterinarian and successfully remove the most objects from Rex-Ray’s stomach?

The objective of Operation Pet Scan is to move the plastic ailments through Rex-Ray’s body and remove them through the tail end of the path. The player who removes the most ailments will win the game.

At the beginning of your turn you will choose one of the plastic ailments and drop it into Rex-Ray’s mouth.

You will then try to move the ailment through the dog’s belly towards its tail. You will want to stay on the path or the ailment will become detached from the Dog-o-scope.

If the ailment falls out of Rex-Ray’s belly, your turn ends immediately. The ailment will be returned to the pile of ailments that have yet to be removed.

If you move the ailment through the tail, you have successfully removed it. You will get to keep the ailment for yourself. This will count for a point at the end of the game.

In either case, play will pass to the next player. The instructions do not specifically mention what the turn order is for the game.

The game ends as soon as all of the ailments have been removed from Rex-Ray. The player that has removed the most ailments wins the game. 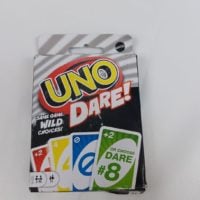 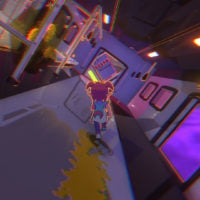 […] you would like to see the complete rules/instructions for the game, check out our Operation Pet Scan how to play […]