The original Clue is probably the most popular deduction board game ever released. The simple premise of figuring out the culprit, weapon, and location has stood the test of time. Over the years there have been a number of different card games created based on the original game. The most recent version is the Clue Card Game which was first released back in 2018. In essence the game is what you would get if you eliminated the gameboard while streamlining a few other elements of the game.

The objective of the Clue Card Game is to figure out the crime before the other players. This entails figuring out who did it, with what, and where they did it.

On your turn you will get to ask a question to the other players to try and figure out what cards are underneath the Crime card. You will get to choose two pieces of evidence to ask about. You can ask about a person, weapon, or location. For your two choices you can either choose two different types of evidence or two of the same.

They should show the card to you in a way that the other players don’t see what card was shown. You should discard the corresponding Case File card from your hand since it can’t be underneath the Crime card. You will then give the Evidence card back to the player.

If the player has both of the cards that you asked about, they can choose which of the two cards to show you. They shouldn’t reveal in any way that they have both cards.

This continues until you are either shown a card, or all of the players say they don’t have either card. Play then passes to the next player in clockwise (left) order.

Players will keep taking turns until someone thinks they have solved the crime.

You will find the three Case File cards in your hand that correspond to the suspect, weapon and location that you think are below the Crime card. Place your chosen cards face down in front of you.

You will then look at the cards under the Crime card without letting the other players see them.

If your accusation matches the cards under the Crime card, you have won the game. Reveal both sets of cards to let the other players verify that you were correct.

If one or more of the cards don’t match, you lose. The rest of the players will get to keep playing. You will no longer take your turn, but you still must truthfully answer questions from the other players.

Players will choose who gets to accuse first, second, etc.

All of the players that want to make an accusation will place their chosen Case File cards face down in front of themselves.

When everyone is ready, each player will reveal their chosen Case File cards at the same time.

If you choose to play the advanced version of the Clue Card Game, you will add in the cards (Evidence and Case File) that have the + symbol in the corner. These cards will add one additional weapon and two new locations.

Otherwise the game is played the same as the normal game. The only difference is that there are more cards in the game. 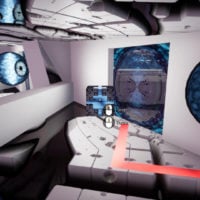 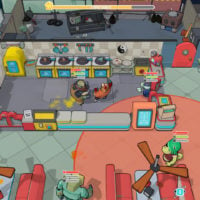