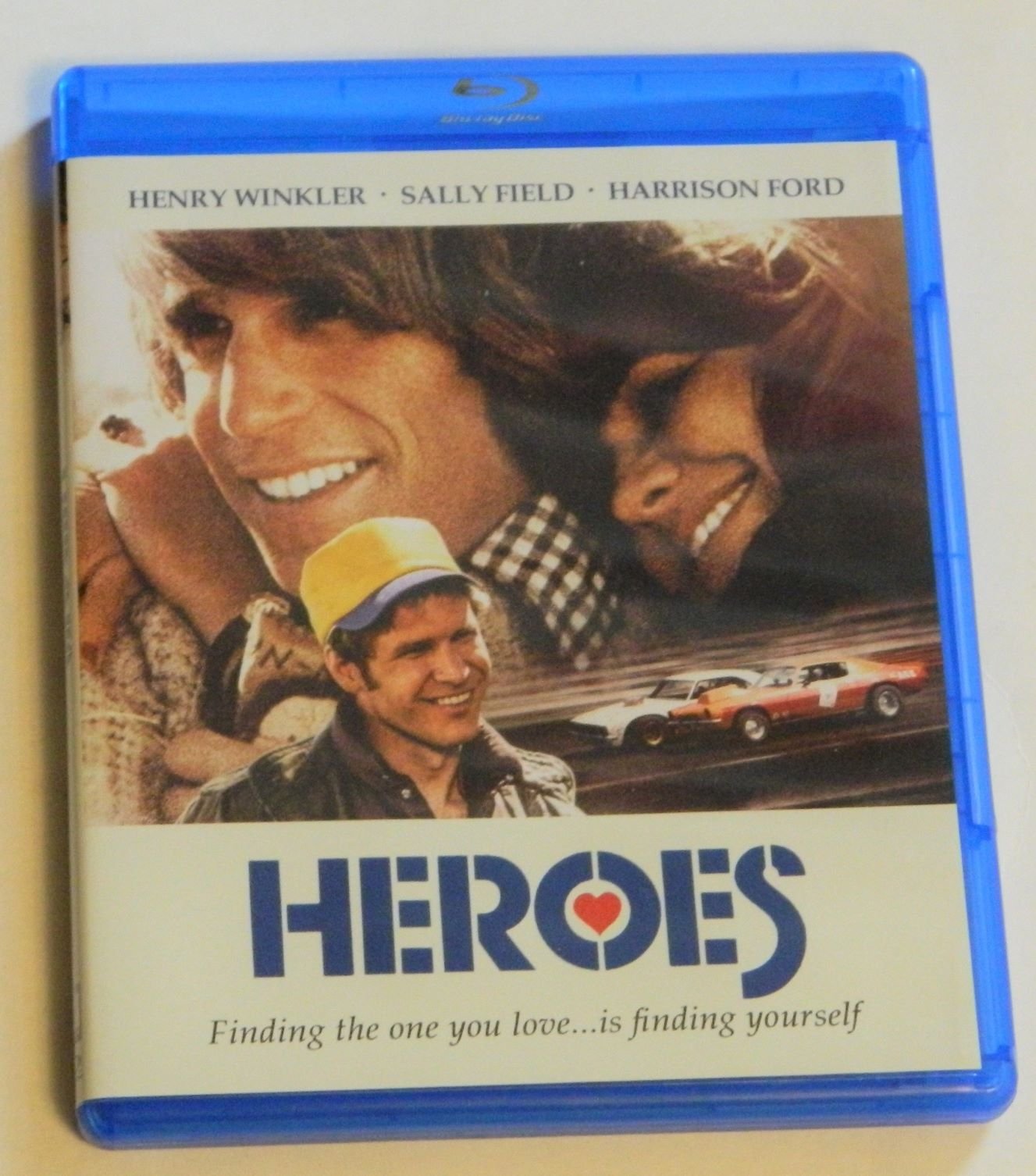 Originally released in 1977 Heroes is a movie that I had never heard of. That is not that surprising as while the movie was a bigger success than expected it never became a classic. There is also the fact that it was released more than a decade before I was born. While I had never heard of the movie I was somewhat intrigued because the movie had a somewhat interesting premise behind it. Basically the movie sounded like a road trip movie where a former soldier was pursuing his dream to open up a worm farm in California. Road trip movies may not be my favorite genre of movies, but they can be interesting from time to time so I wanted to check out Heroes. Heroes is an interesting combination of genres that leads to some interesting moments even though it can drag on from time to time.

Heroes tells the tale of two characters who are at a crossroads in their lives. Jack (Henry Winkler) is a Vietnam War vet who has had trouble adjusting to life as a civilian leading to him being committed to a mental hospital. Jack escapes the mental hospital as he has a dream to open a worm farm in California with some of his fellow veterans from Vietnam. After escaping he begins his cross-country trip to reach California to start his farm. On his journey he meets Carol (Sally Field) a woman who is having second thoughts about her upcoming wedding. As they journey to the west coast they run into some of Jack’s former army buddies as the two start to learn more about themselves and their standing in the world.

After watching Heroes I am not exactly sure what I would classify it as. The movie ends up being a combination of a couple different genres of movies. The most obvious is the road trip as the movie is about traveling across the country. The movie is mostly framed as the various adventures that Jack and Carol get into as they travel west. Some of these adventures are meant to be funny while others are more serious. This is combined with a romantic comedy element as Jack and Carol grow closer as they travel together. As a comedy the movie has some funny moments. I wouldn’t say the movie has laugh out loud moments, but there were a couple times that I got a chuckle out of the movie.

So far you would assume that Heroes is mostly a comedy. There is much more to the movie though. In addition to the road trip/comedy element the movie can also become kind of dark at times. The movie was originally released back in 1977 only a couple years after the United States involvement in the Vietnam war ended. Due to this the movie has a lot of undertones about soldiers returning home after serving in Vietnam. In addition to just a road trip the movie delves into how soldiers try to adjust to their normal lives after war and how it is not so easy for all soldiers. Jack and many of the other soldiers he meets in his journey show the toll that war has had on their lives as they have trouble adjusting to everyday life as a civilian. As a matter of fact Heroes is generally credited as one of the first mainstream movies to ever indirectly address soldiers dealing with PTSD.

This is an interesting combination of themes as it tries to thread the needle between being a upbeat road trip movie while also dealing with some deep topics. The movie has some laughs as it can be charming at times. At the same time the movie can get pretty dark as you see how war affected these soldiers. In a lot of ways the movie shows a lot of heart. There are things that I thought the movie did pretty well. If the premise intrigues you I think you will enjoy Heroes.

On top of this is the fact that I think the acting is good for the most part. Henry Winkler and Sally Field in the lead roles do a good job portraying characters at a crossroads in their lives. Jack is a man who feels left behind as he tries to adjust back to civilian live which is harder than expected. Carol is planning on getting married, but feels trapped in her current situation which makes her question whether she really loves her fiance. Joining them is Harrison Ford who plays a former soldier who served with Jack who is dealing with a lot of issues himself. I thought Harrison Ford did a pretty good job even if his role is more limited than you would expect. Being over 40 years old all three of these actors were in the earlier parts of their career. In fact Heroes was released in the same year that the original Star Wars was released and was the first movie Harrison Ford was in after the success of Star Wars.

The biggest problem that I had with Heroes was the fact that it is ultimately kind of slow. The movie’s runtime clocks in at one hour and 53 minutes which is too long in my opinion. The length itself is not really the problem, but at times the length feels wasted in Heroes. The movie either needed to be shortened or it needed to use its time better. As it stands the movie has parts that kind of drag along. These parts needed to either be edited or replaced with other scenes so the movie kept a better pace. Unfortunately the movie tends to get bogged down from time to time which leads to it becoming a little boring at times.

Other than this fact the 2020 Mill Creek Entertainment Blu-ray release is basically what you would expect. The picture quality is pretty much what you would expect a late 1970s film to look like in HD. It doesn’t look as great as if the movie was fully remastered, but I thought it otherwise looked pretty good. There are limits on how good a 40+ year old movie will look in HD as it obviously won’t compare to a modern day release. Fans of the movie should be satisfied with the video quality though.

At the end of the day I thought Heroes was a solid if not unspectacular movie. The movie is kind of a strange combination of genres as it tries to both be a comedy while dealing with some darker topics. The movie has some funny moments while others are not as funny as the movie thinks they are. At the same time the movie is somewhat dark and sad under the surface as it deals a lot with soldiers trying to adjust to civilian life. At times this combination works as there are elements of the movie that I really liked. This is helped by the acting which I thought was pretty good for the most part. The problem is that the movie can be a little slow at times.

My recommendation for Heroes comes down to your opinion of the premise. If the premise or the combination of genres don’t seem all that interesting to you, Heroes probably won’t be for you. People who think the movie’s premise sounds interesting though will probably enjoy it and should consider picking it up.

Where To Purchase: Mill Creek Entertainment