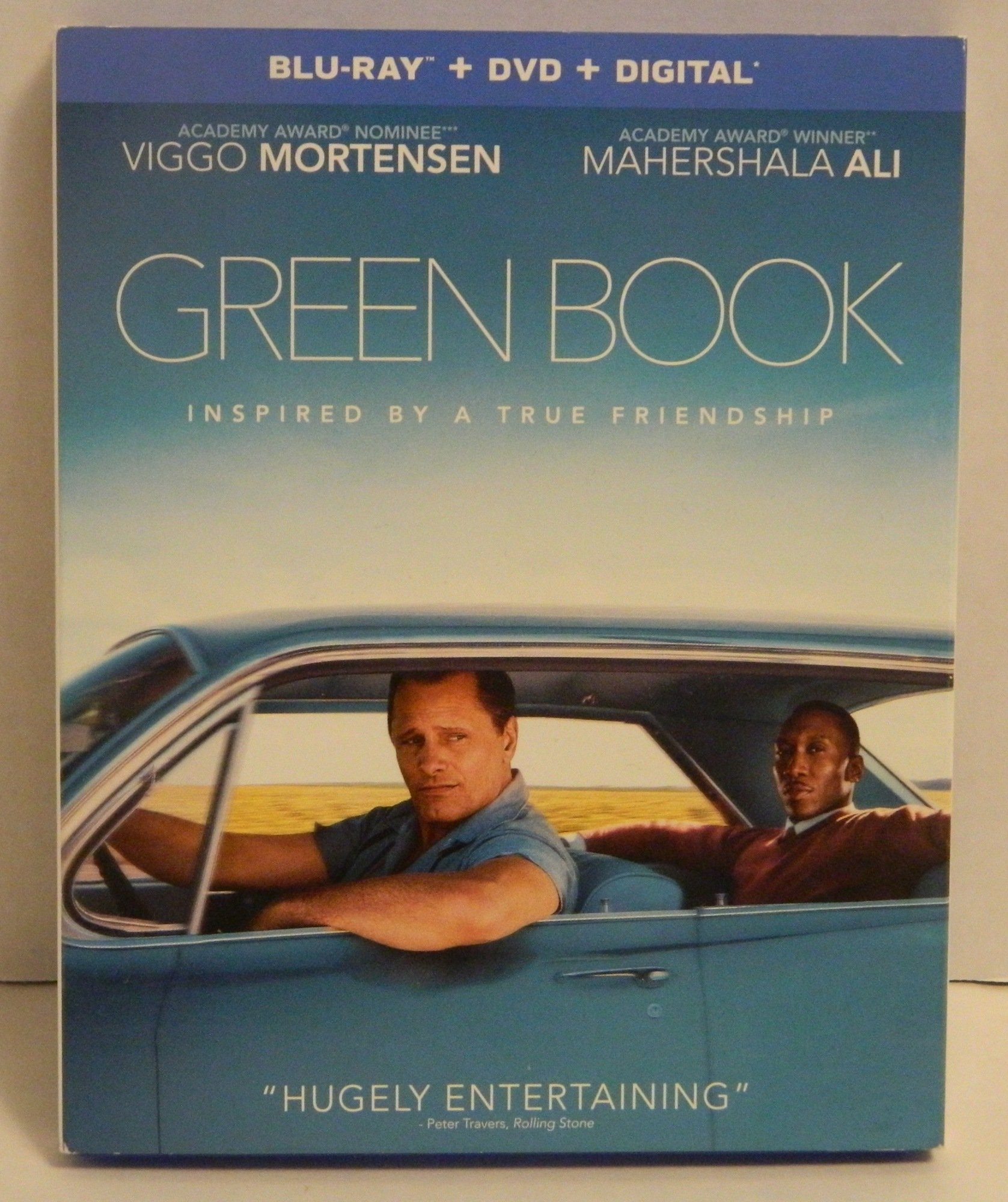 Winner of the 2019 Oscar, Golden Globe (Comedy/Musical), and Producers Guild Awards for best picture, Green Book was one of the most awarded films from last year. In addition to winning for best picture, Green Book won an Oscar for original screenplay and Mahershala Ali won best supporting actor at the Oscars, Golden Globes, Screen Actors Guild and BAFTA. Films that win a lot of awards are usually a mixed bag. Rarely are these films bad. These type of films never seem to live up to what you would expect from a film that won multiple best picture awards though. As I have always been a sucker for films based on true stories, I was optimistic that Green Book would buck the trend. Green Book is an enjoyable film about an unlikely friendship that is mired in some controversy and doesn’t quite live up to its awards pedigree.

Green Book tells the story of Don Shirley and Frank Anthony Vellelonga Sr. (Tony Lip). After temporarily losing his job as a bouncer Tony Lip is hired to drive and protect Don Shirley on his concert tour through the American South in 1962. At the beginning of the trip they share little in common. Tony Lip is a blue-class worker that is kind of a slob while Don Shirley is a classically trained pianist that appreciates the finer things in life. The two butt heads early in the tour as they see the world in different ways. As the tour continues and they face their own challenges, the two begin to form an unexpected friendship.

I would say that Green Book is an interesting blend of different film genres. The most obvious is the true story genre as the film is based off of real people (the son of Tony Lip helped write it) and the concert trip that the film follows actually happened. Next I would say that Green Book is a road trip film. A large portion of the film revolves around the two main characters traveling around the United States as they learn about themselves and each other. Finally I would say that Green Book has some elements of a buddy comedy. Mr. Shirley and Mr. Vellolonga have little in common which drives a lot of the humor in the film. I wouldn’t consider Green Book to be your typical comedy though. I would consider it to be more of a dramedy as the film has some funny scenes but is serious for the most part.

Being a sucker for true story movies, I enjoyed Green Book for the most part. I admit that before watching Green Book I had never heard of Don Shirley. I am guessing this had to do with the fact that I wasn’t alive in the 1960s, and I am not a huge fan of Mr. Shirley’s genre of music which I would classify as classical/jazz. While the film has some controversies (see below), Green Book seems to do a pretty good job remaining pretty authentic. The story mostly revolves around two widely different men becoming unlikely friends while also dealing with racism in the early 1960s. The story was interesting and I enjoyed watching it. It does have a few slow points though where the movie could have used a little more editing.

With lead actors like Mahershala Ali and Viggo Mortensen I was expecting the acting to be really good in Green Book. Mahershala Ali won several awards for his acting in the film after all. I was not disappointed as both do a great job in their respective roles. Both actors do a great job making the characters their own. As mentioned in one of the special features, the two actors don’t really look like the people they were playing. From people who knew the real life people though (including Tony’s son), they do a great job portraying their essence and personality. Mahershala Ali in particular does a really good job in the music scenes. He does such a good job that I actually thought he was playing the piano for the scenes. Based on one of the special features it turns out he played some of the easier sections of songs and pretended to play the more complicated portions of the songs.  While the two leads are the standouts, I would say the supporting cast is also quite good.

As far as the visuals I think the movie also does a good job. The film at its heart is a road trip film so a lot of the movie involves driving between concert locations and then the concert locations themselves. The film has quite a few driving scenes but they are shot well. The film also seems to do a good job recreating the 1960s. The attention to detail is quite good. Overall the film looks really good especially in HD. The Green Book Blu-ray is never going to look as good as an action movie or a movie featuring a lot of CGI, but I couldn’t see the video quality being any better for the type of movie that it is.

Despite all of the positive recognition and the awards, Green Book has had its share of controversy. Most of the controversy comes from the fact that Don Shirley’s family was never contacted to help with making sure the story was accurate. Don Shirley’s brother claims that the film took the relationship between Don Shirley and Tony Lip out of context as he believed their relationship was more employer/employee than friends. The writer’s defense is that the movie was based on interviews with Tony Lip and Don Shirley, personal stories from Tony’s son, as well as letters from Tony Lip to his wife. Other criticism includes the film tending to only gloss over parts of Don Shirley’s life which could be due to not talking to anyone from Mr. Shirley’s family. The film has also received criticism for advancing the white savior stereotype along with some other concerns with how racism is treated in the film.

While I enjoyed Green Book quite a bit, I don’t believe it deserved all of the critical acclaim that it received. I would say that Green Book is better than the typical Oscar best picture winner but I don’t think it was the best film of last year. I personally think Avengers: Infinity War was the best film of the year even though there was no way the Oscars would have ever nominated it. I wouldn’t say Green Book was even the best film nominated for the award. Of the Oscar nominees that I have seen, I think both Black Panther and Bohemian Rhapsody were better films. Green Books is a good film that I would recommend watching, but the accolades it has received lead to the film being a little overrated.

The Blu-ray version of Green Book includes the DVD copy as well as a digital copy through the Movies Anywhere program. For a film that ended up winning quite a few awards, I was actually a little surprised by how few special features the Blu-ray features. The special features are on the shorter side but they are nice additions for fans of the film.

Despite having quite a bit of controversy regarding the movie’s accuracy, I thought Green Book was an entertaining movie. The story is an interesting look at two men who could not be much different who became friends while on a concert trip through the South in the 1960s. The movie has its share of laughs and is a story that you will enjoy to its’ conclusion. The acting in the film is fantastic and the visuals are quite good for a road trip style movie. The special features are not bad even though I think they could have gone into more depth and there could have been more of them. Outside of its controversies, Green Book doesn’t live up to all of the awards it has won. The movie is good and better than most films that win the Oscar for best picture, but it was not the best movie of last year in my opinion.

If you have never been much of a fan of true story/historical or road trip films, I don’t think Green Book will be for you. People who enjoy true stories or think the movies’ concept sounds interesting should enjoy Green Book.

Virtuoso Performances, An Unforgettable Friendship, Going Beyond the Green Book