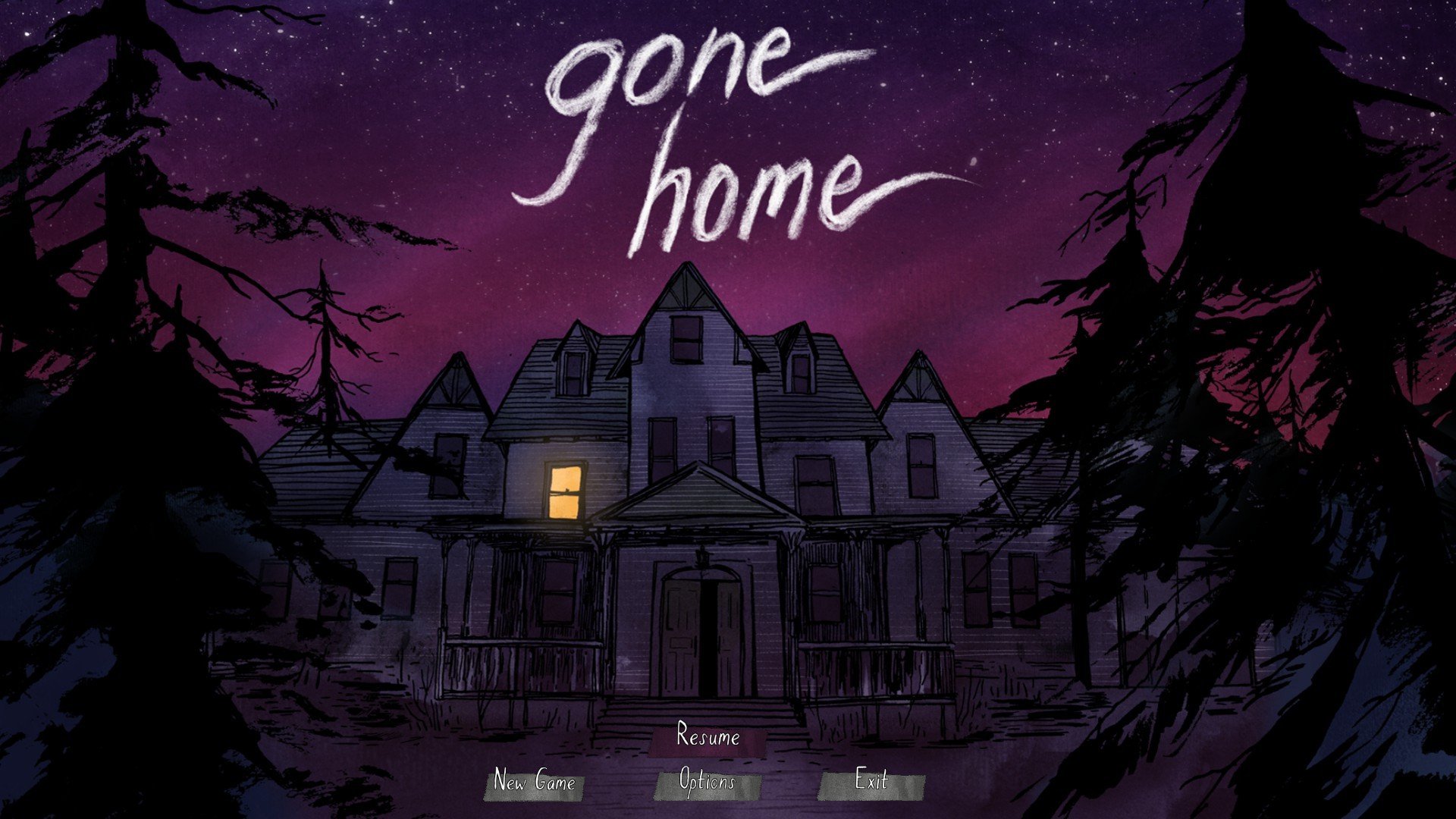 The story of Gone Home follows a 21 year old Kaitlin Greenbriar who has returned to an empty home after being away for a year. With no family being home, Kaitlin has to explore the house in order to find out what has happened to her family over the past year that she has been away.

The developers of Gone Home describe the game as a “story exploration video game”. I would say that is a good description of the game. Gone Home’s strongest asset and biggest selling point is its’ story. Without its’ story, Gone Home would not be a good game.  If you usually skip through the story or pay little attention to it, you will not like Gone Home.

Overall I thought the story was good but it is not story of the year material in my opinion. I am not really going to get into any details about the story since discussing the story any further will lead to spoilers and with Gone Home being such a short game, any spoiler could ruin the game for other players. One thing I really enjoyed about the story though is the setting. Growing up in the 1990’s the game (which takes place in 1995), is brimming with nostalgia. I think most people who like story-driven games will enjoy it but I know that some people will not like it.

Many people have discussed whether Gone Home should be considered a video game. The reason this debate comes up is that Gone Home does not have particularly strong gameplay. Essentially you walk around the house, rummaging through the Greenbriar’s belongings looking for the special items that will progress the story. A couple puzzles are also scattered around the house. I would compare Gone Home with point and click adventure games where you are able to freely roam around the environment. Gone Home has quite a few less puzzles than you would find in a typical point and click game though.

So do I think Gone Home should be called a video game? The game doesn’t have a lot of gameplay and the gameplay it does have is one of it’s weakest features. The game could have used more puzzles and removed some of the find the next item gameplay. The game is interactive though so it is not a movie either. I would probably call Gone Home an interactive experience that is not your typical video game.

Overall Gone Home’s graphics are good for a indie game but they won’t be winning any awards. While the graphics aren’t top of the line, the game does a great job creating an engaging atmosphere/environment.

When you first show up at the house, it is quite creepy. It is storming outside and the house is completely abandoned with almost all of the light turned off. Knowing very little about the game before playing it, I first thought it was a horror game and the house was haunted or something. I was just waiting for something to jump out at me. The first thing I did for the first couple of rooms I entered was to turn on all of the lights. The creepiness factor wear off pretty quickly though and you can tell that Gone Home is not a horror game.

Gone Home is not a very long game. I would say that the game is between one to three hours in length depending on how long you take exploring the house. In addition to the length, there is essentially no re-playability unless you rushed through the game and didn’t really explore the house. I guess you could also try to speed run the game but I bet that would only take five to ten minutes. With the short length, I can’t recommend the game at full retail price ($19.99). For one to three hours of gameplay, $20 is way too high in my opinion. I personally got the game in a recent Humble Bundle so I paid around a $1 for the game and I thought the game was worth that. While I thought Gone Home was a pretty good game, I can’t recommend purchasing it unless you find it on sale.

Gone Home is most likely a game you are either going to love or hate. If a game’s story is not important to you, you will not like Gone Home. Overall I enjoyed Gone Home and but I also think that it is overrated. The game is way too short and the gameplay is not one of the game’s strong points. If you love games with strong stories, I would recommend picking up Gone Home if you can find the game on sale.