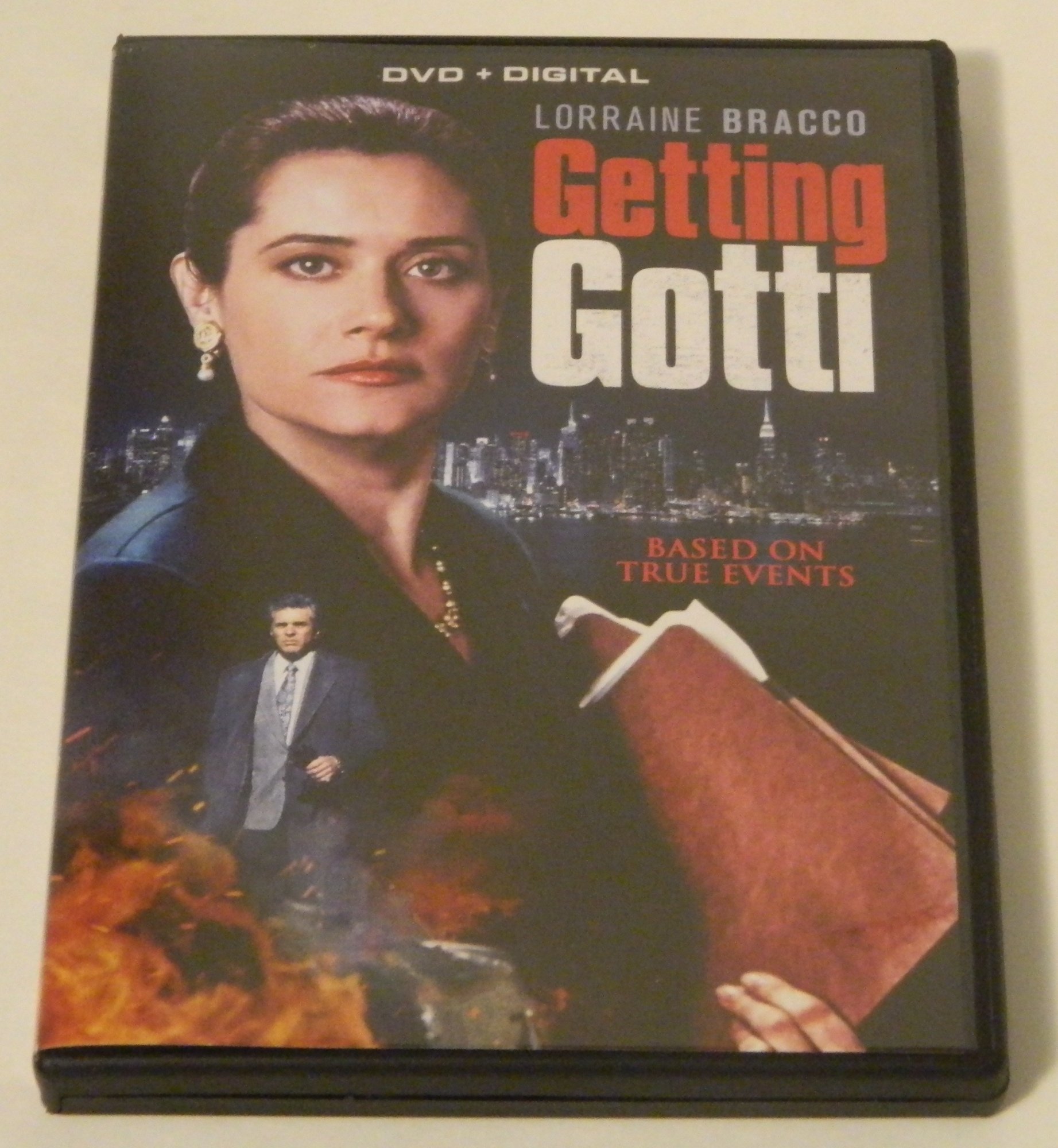 Getting Gotti originally aired as a TV movie on CBS back in 1994. I bring this up because at times you can tell that the movie was designed to be a TV movie and didn’t have the budget of a Hollywood film. In a lot of ways the movie feels like an hour and a half episode of a 1990s crime/legal drama. Basically the film has some light action but focuses more on dialog showing Diane Giacalone and company prepare and present their case against Gotti and the Gambinos. The picture quality has some occasional small issues typical of an older TV movie.

While the lower budget does impact the movie from time to time, Getting Gotti is still a solid movie. I think the biggest problem that I had with the movie is that it wastes a little too much time on setup that doesn’t pertain that much to the court case. With the movie being only around an hour and a half, I think it would have been a better use of time to spend more time on the court case itself.  Basically I thought the movie started a little slow but it picks up later on. Getting Gotti was interesting enough that I wanted to see how it would end. I would say that Getting Gotti is a solid but unspectacular movie. If you are interested in the movie’s subject matter you should enjoy watching it but it probably isn’t going to appeal to people that don’t care about John Gotti or the Gambino family.

As a lot of based on true event movies like to be a little loose with the facts, I generally like to look up the facts behind these type of movies to see how accurate they are. After a quick search of the facts I would say that Getting Gotti is accurate for the most part. The major facts of the case seem to be accurately portrayed as they happened in real life. The movie does seem to try and sensationalize things from time to time though to try to make things more interesting. Basically the movie is what you would expect out of a TV movie’s telling of a true story.

After watching the movie one thing that left me kind of puzzled was the film’s rating. While the movie has a R rating (violence), I honestly have no idea why it got that rating. There may have been a little blood and some other violence but it is not any more than what you would find on a normal network TV crime drama today. I would have expected the film to go a lot further than it did especially regarding the language with the film getting a R rating. It is actually kind of funny to hear the words/phrases that the film uses to replace swearing. I don’t know if it was just because it was an early 1990s movie but I would be shocked if it would still be rated R today. I think it would be much more likely to receive a PG-13 rating today.

Basically Getting Gotti is what you would expect out of 1990s TV movie based on a true story. There are occasional areas where the limited budget shows but it is still a solid movie. The movie starts a little slow but it picks up towards the end. As far as accuracy from what I could tell it does a pretty good job with the main facts but seems to sensationalize some things in order to make the story work better as a TV movie.

If you would like to purchase Getting Gotti you can find it online: Amazon