While there are a lot of different video game genres that I enjoy, I would say that my favorite is probably the puzzle game. I generally like to check out as many games as I can from the genre. It is hard to beat a good puzzle as it can be challenging and rewarding when you solve them. This is why I was intrigued when I saw Ever Forward. The game looked like an interesting puzzle game that also had a greater emphasis on story than your typical puzzle game. Ever Forward combines an interesting story with clever puzzle design to create a fun but sometimes frustrating puzzle game experience.

In Ever Forward you play as Maya. The game begins with Maya standing on a beach in a world somewhere between reality and imagination. The land has been corrupted and the only way to cure it is to solve puzzles and relive moments from Maya’s past. In the flashbacks you find out that Maya’s world is plagued by a mysterious threat where it is dangerous for humans to leave their homes. Can you unravel Maya’s past as you cure the world from the corruption that infects it?

Ever Forward is in all senses your typical puzzle game. In the game you walk around the game world until you come upon one of the infected areas. This transports you to an area where you have to solve one or more puzzles to cure the area. The game utilizes a number of different puzzle mechanics that mostly boil down to getting Maya and a cube to an exit. This is easier said than done as most of the puzzles feature robotic sentries. If the robots detect you either from making a sound or walking through their cone of vision they will “vaporize” you sending you back to your last save/checkpoint. Thus you need to use the cube as well as yourself to distract the robots to make a path for you and the cube to make it to the exit. This mostly involves throwing the cube to distract the robots and activating various switches.

As a fan of puzzle games I have to say that I have mixed feelings about Ever Forward’s gameplay. There are some things that I really liked and others that I think could have been done better. In general I wouldn’t say any of the game’s mechanics are highly original. I have played a lot of different puzzle games and there have been some that have played pretty similarly to Ever Forward. In some ways I would even compare the game to the Portal series (without the portal gun obviously) as it does have that same type of feel. Generally if you like these type of puzzle games I think you will enjoy Ever Forward.

I think Ever Forward’s greatest strength is the fact that the designers deserve some credit for creating some interesting puzzles. On the surface the game doesn’t have a lot of mechanics. The game does a good job utilizing those mechanics though. Some of the puzzles utilize similar elements, but most feel like their own thing. The designers were really clever with how they used some of the mechanics. This is one of the areas where Ever Forward reminded me most of Portal. In order to succeed in the game you need to think outside the box. I play a lot of puzzle games and yet many of the puzzles still required some careful thought in order to solve them. I would say that Ever Forward required more thought than most of the puzzle games that I have played recently.

The biggest problem with the gameplay is that some of the puzzles can be quite frustrating. The puzzles can be somewhat challenging which is a good thing for the game. The problem is with how some of the puzzles are designed as they require you to be almost perfect in your execution. While the puzzles rely mostly on logically thinking about what you need to do, there is a timing element to quite a few of them as well. You need to perform actions in a specific order, in the correct way, and in a certain amount of time or you will fail. To finish some of these puzzles you have to be really precise. For example there is one puzzle towards the middle of the game where you have to throw the cubes really precisely to trigger the robots properly. You then need to make it quickly to a different location. If you throw the cube even a little wrong or hesitate at all you will fail. I ended up failing this puzzle many times. I knew pretty early on what I had to do, but I couldn’t get this timing correct. This lead to the game becoming quite frustrating.

I think this problem mostly comes from you never knowing exactly how the game is going to react to your actions. First it is not always clear where the robots can see at any given time. The game shows the cone that the robot can see but it isn’t always that noticeable. This forces you to sometimes test where you can move without being detected. Second it is hard to know how the robots will react to your actions. This is really important to solving some of the puzzles. When you alert a robot it will rotate to your location or where you made a noise with one of the cubes. Sometimes it is hard to tell how the robot will rotate. You could throw a cube somewhere and it rotates one way and the next time you throw it slightly different and it will rotate the other way. This also impacts when the robot rotates back to its original position. As you need precise timing for some of the puzzles this can make all of the difference between succeeding and failing. Finally the controls are not always as responsive as you would like. There were times where I swear I pressed a button in time and the game didn’t recognize it which lead to a death.

These issues lead to Ever Forward becoming pretty frustrating at times. There were some puzzles where I died many times because I couldn’t get the timing quite right. Because of this I applaud Ever Forward’s decision to add a quick save/checkpoint mechanic. At any point during a puzzle you can hold a button for a couple seconds and the current state will be saved. After this point whenever you die or you choose to reset things you will return to this checkpoint and can try something different. This helps reduce a lot of the frustration as some of the puzzles can require several steps. If you create a checkpoint right before a difficult point you can keep trying new things until you are finally successful. This takes away some of the sting from dying over and over again.

As for the overall story and atmosphere I think Ever Forward does a considerably better job than most puzzle games. The story is not an afterthought like many puzzle games as real care went into it. I am not going to really get into details to avoid spoilers, but I enjoyed it. The story features a lot of sci-fi elements and I thought the world that the game crafts makes you want to see how the story is going to end. The story is supported by the game’s art style which is also quite good. Ever Forward is probably one of the best looking puzzle games that I have played in quite some time.

As for the game’s length I was kind of disappointed. I don’t have a definitive count, but I would say that the game consists of around 20 puzzles. This might not sound like a lot. Each puzzle consists of a couple steps meaning that they are longer than most puzzle games. Due to the type of puzzles that the game uses the amount of time might vary quite a bit between players. I would guess the game will take most players between 3.5-6 hours to complete. As for replay value like many puzzle games I would say that it is a little limited. The designers claim that some of the puzzles can be solved in a couple of different ways. This might add a little replay value if you want to try out the different ways to solve the puzzles. Otherwise the puzzles themselves won’t change between playthroughs so I can only see playing the game after taking enough time to forget the solutions. I would say that the biggest problem with the shorter length is that the last puzzles where some of the best in the entire game. The game ultimately seems to end a little abruptly.

Overall I had some mixed feelings about Ever Forward. There are some things that I really liked and other things that I wish were a little better. As a whole I liked the premise behind the game. The mechanics are pretty simple, but the designers did a really good job utilizing them to their fullest. The puzzles can be quite clever at times. They also bring quite a challenge as you need to think outside of the box in order to succeed. I thought the game’s story and atmosphere were also quite good. The main problem with the game is that it can be kind of frustrating at times. To solve some of the puzzles you need precise timing in order to succeed which can get a little frustrating after a while as you keep dying. The game is also kind of short and it ends right when the puzzles are really getting good. 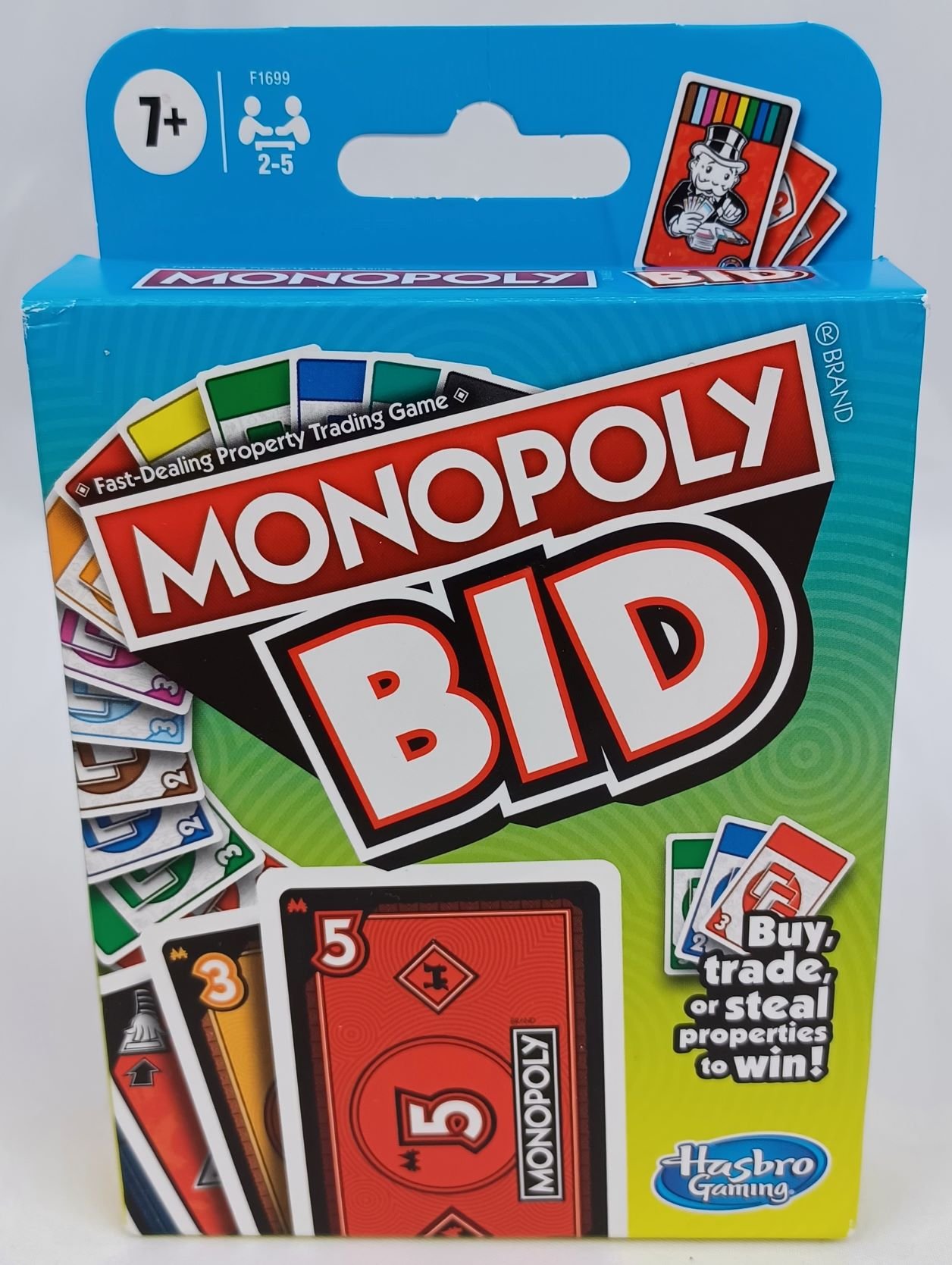 June 2022 TV and Streaming Premieres: The Complete List of Recent and Upcoming Series and Movies