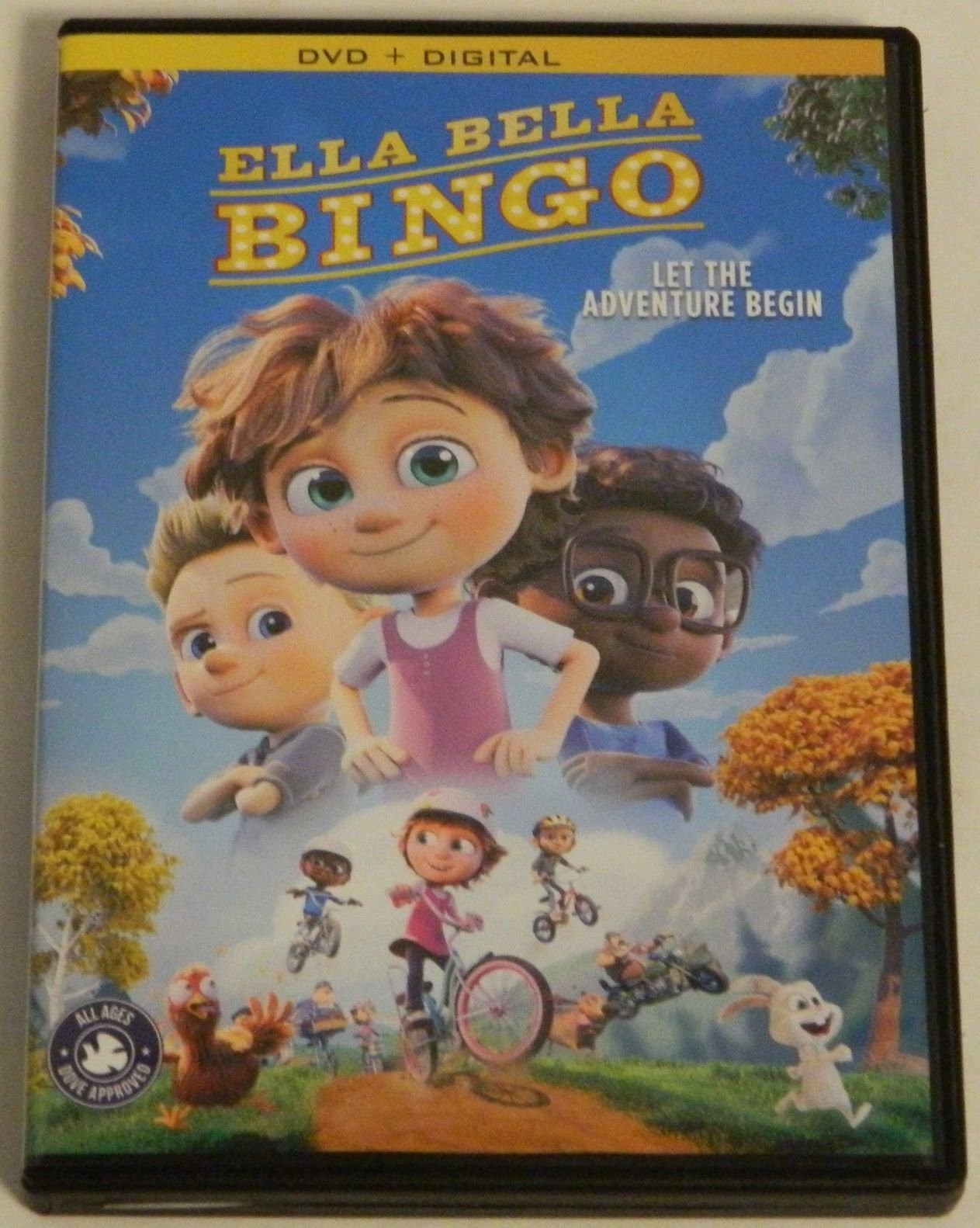 Ever since I was a kid I have always been a big fan of animated movies. While I am no longer in the target demo for most animated movies, they are still one of my favorite movie genres. A great animated movie is hard to beat. With so many animated movies being released every year though it is sometimes hard to tell which ones are going to be really good and which are going to be terrible. There are a lot of straight to DVD movies that are terrible outside of their intended audience of young children. That is why I was a little cautious about the movie I am taking a look at today, Ella Bella Bingo. The movie was a straight to DVD release, and yet it looked considerably better than most movies in the same situation. Ella Bella Bingo is an okay movie for adults, but its intended audience of younger children should enjoy it much more due to its interesting story and good message.

Ella Bella Bingo and Henry have been best friends for a long time. As Henry has never seen the circus before Ella decides to bring the circus to him. Ella, Henry, and the rest of the neighborhood decide to hold their own circus with everyone getting the opportunity to perform their own act. As Ella and Henry are preparing their magic show for the circus a new kid named Johnny moves into the neighborhood. Johnny and Henry quickly become friends which makes Ella kind of jealous. Her jealousy makes her force Henry to choose between her or Johnny. As Henry doesn’t want to choose between the two of them he decides to run away. In order to find Henry, Ella and Johnny must work together to realize that there is more to friendship than jealousy.

While Ella Bella Bingo is pretty average for adult audiences I think younger children should enjoy it a lot more. The story is simple enough that younger children should have no trouble following it. It has enough silliness which should keep children entertained as well. The movie has all of the staples of your typical children’s movie. The movie is also on the shorter side at 79 minutes where it should keep children’s attention.

On top of all of this I think Ella Bella Bingo has a pretty good overall message. The movie is mostly about friendship, sharing, and accepting of others. These are good lessons to learn and are told in a way that children should understand. The messages aren’t super deep and are pretty on the nose, but I think they work well for the movie. If you are looking for a movie with a good message to teach children you can do a lot worse than Ella Bella Bingo.

As for the movie’s humor I would say that it is kind of mixed. It is pretty clear that the movie targets its humor more towards younger children. This leads to quite a few moments where the humor kind of misses with an adult audience. As an adult there will be times where you will groan due to the bad jokes. I think young children should find these jokes to be quite a bit funnier though. While most of the jokes miss the mark there were a couple moments that I thought were genuinely kind of funny. The highlight of the movie was probably the chickens as they created most of the genuine laughs in the movie. Most of the movie’s humor came from making fun of the movie itself though. There are moments in the movie that are kind of funny due to how silly/ridiculous the movie can be. Parts of the movie don’t make a lot of sense if you really start to think about what is going on.

Ella Bella Bingo was clearly designed as a movie meant for younger children. The story is pretty simple and the humor is mostly meant for younger audiences. In this regard I think the movie does a good job as I think young children should enjoy it. The movie even has a pretty good message. For adult audiences I would say that Ella Bella Bingo is a pretty average movie. There are some elements of the movie that I think were pretty good. For a straight to DVD movie the animation is better than I expected and the movie has a few funny moments even if some might not have been intended. The story is kind of basic though which leads to some parts being kind of boring. My final rating for Ella Bella Bingo comes from the viewpoint of an adult. For younger children I could see the rating being at least a star higher.