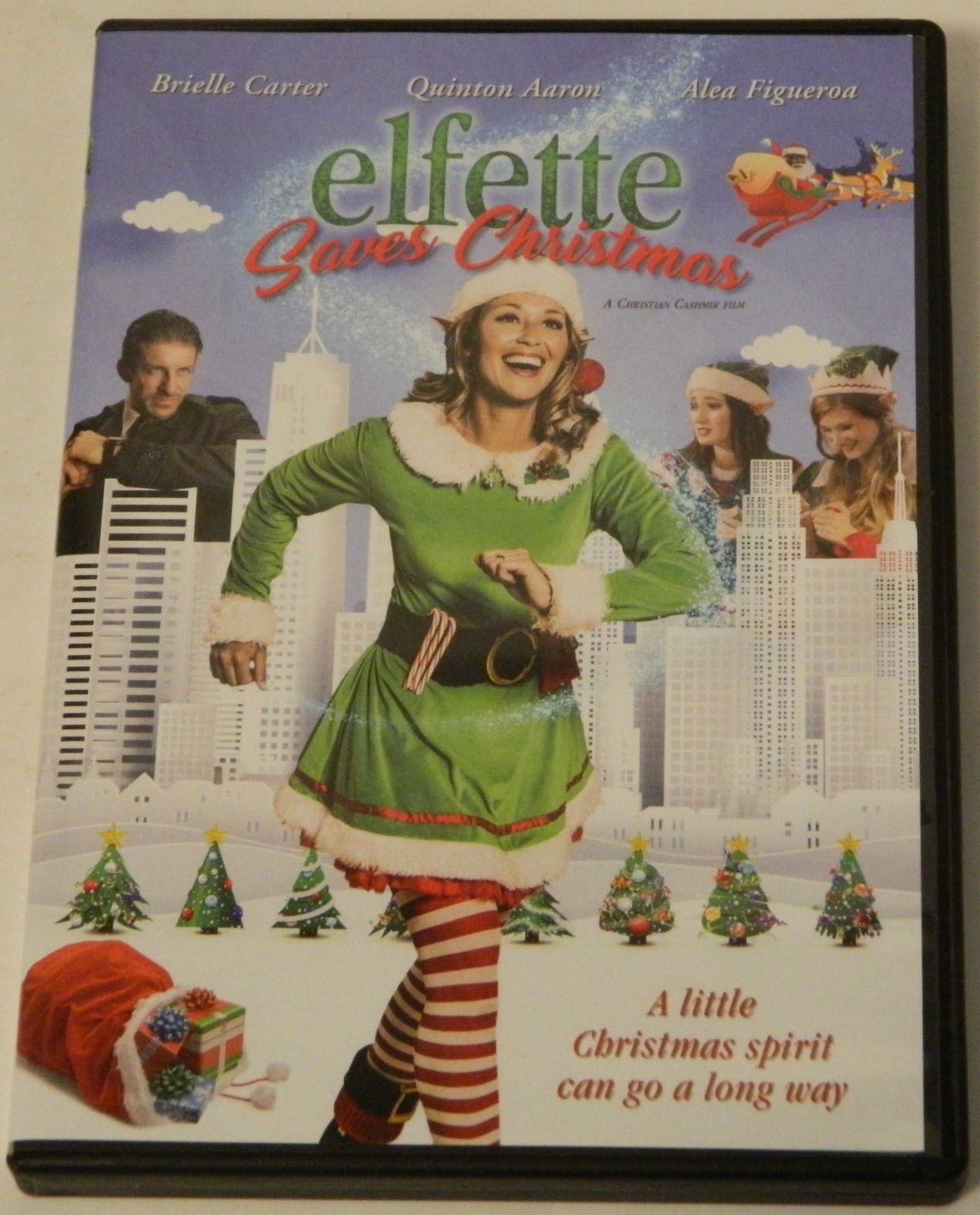 As soon as I saw the cover for Elfette Saves Christmas, I knew that it was something I wanted to watch and cover on this blog. It wasn’t because the cover made the film look good, instead it showed great potential to be a hilarious Christmas B-movie. I watched the trailer to make sure of my suspicions and it did nothing to dissuade my first impression. As a fan of both Christmas movies and B-movies (both provide the cheesiness and unintentional hilarity that I love), this film was right up my alley. I certainly didn’t expect Elfette Saves Christmas to be a “good” film, but I was hoping for a “so bad, it’s good” kind of movie. Since I’m a reviewer who places entertainment factor above everything else, films that are “so bad, they’re good” are still good movies in my book, just in a much different (and sometimes unintentional) way. After watching the film, my intuition was correct. If you are only into serious films, Elfette Saves Christmas should certainly be skipped as it doesn’t really provide anything new in the Christmas film genre and its low budget is very apparent. However, if you like cheesy B-movies that you can riff on, there’s more than enough entertainment to be had with this film. Due to Elfette Saves Christmas working best as a B-movie, I will be grading and reviewing it as such. If I was reviewing this movie as a “serious” film, it would likely receive around a 2/5. However, as a B-movie it is much better than that, as I will explain in the next few paragraphs.

In Elfette Saves Christmas the public is obsessed with the newest craze, the $999 Pencil Phone Z. Yes, it’s really a phone shaped like a pencil and despite not even having a screen or most of the other features of modern phones, it’s what everybody wants for Christmas. While the product is red hot, the company that makes them isn’t seeing the sales figures they were hoping for due to Santa Claus’s generosity. Instead of suing him for illegally using their patent (which would be a slam dunk case in any court of law), they decide to go up to the North Pole, freeze a bunch of elves with a freeze ray, and kidnap Santa Claus and force him to stop making their pencil phones. Luckily, an incredibly naive elf in the wrapping development named Elfette just happened to be on a vacation while this was happening and can help save Santa Claus from the clutches of the evil Little Georgie. With the help of secret agent elf Sparkle (who probably could have saved Santa in minutes if she just would have done it herself), Elfette must survive a road trip to New York City and find Santa before Christmas Day. She must also deal with an assassin on her tail every step of the way who is hoping to use her as an ingredient for a cooking recipe (which will certainly clinch him a nomination at the “Croaky Awards”). Yes, the concept of this film is as wacky and ridiculous as that sounds.

As a serious film, Elfette Saves Christmas is easily a below average Christmas movie. It has all the usual tropes of Christmas films (evil businessman with a grudge against Christmas because he didn’t get the gift he wanted as a child, a kidnapped Santa Claus who needs to be rescued, cheesy Christmas puns, etc.) with the addition of a few plot holes and a story that could have been over in minutes if Sparkle would have took charge instead of delegating to Elfette. It’s also very low-budget with one of the weakest looking “North Poles” I’ve ever seen and houses standing in for offices. This is also one of those films that uses Sharpie markers to apply “tattoos” to their characters. Everything about this film reeks of a small budget and it was likely a small independent film with some very young and raw actors, writers, and creative team members. Even though Elfette Saves Christmas is watchable (in the way straight to DVD Christmas movies or low budget cable films are), if you are only into “serious” films there are hundreds of better Christmas films to watch that would be a much better use of your time.

That wasn’t the reason I wanted to watch Elfette Saves Christmas though. While I like serious films as much as everyone else, I prioritize entertainment factor and a lot of times B-movies are actually more fun to watch than high-quality award winners. Christmas movies in particular are a genre with a very high “cheese” factor as even the good ones generally have some corny moments. Elfette Saves Christmas may not be a good Christmas film, but it is an entertaining one if you don’t take it too seriously. From actors chewing the scenery (especially the amazing assassin and his completely over-the-top acting) to what is likely the stupidest invention/technology I’ve ever seen (Pencil Phone Z), there’s a lot here to laugh at.

I’m not sure if Elfette Saves Christmas was intended to be a B-movie or not but there are some nods that make me think it was at least partially made to be one. Between the over-the-top acting from most of the cast to a brief fantasy scene featuring a Santa Claus wielding a gun, I don’t think they were going for serious here and if so, that was a good decision. Elfette Saves Christmas works best as a reasonably funny B-movie. It does have some slow points throughout the 96-minute run time but there’s more than enough laughs to be had. Quotes like “The North Pole Mafia is here” or “Holy glitter globes!” had me laughing. Some of the characters are so wacky and bizarre that they seem like cartoon characters come to life. The movie also ends in a funny way including a grandmother asking “Pency” to search for dank memes. How can you not love a film like that?

Video and audio wise, you can certainly tell that Elfette Saves Christmas was a low budget production. Neither is horrible enough to make the film unwatchable but the movie also doesn’t stand out in the visual or audio departments either. The only extra included is the trailer for the film but the DVD release also comes with a code for Mill Creek Entertainment’s movieSPREE streaming service.

As a serious film, Elfette Saves Christmas would get at best a 2/5. However, I asked for a review copy of it based on the assumption that it would be a B-movie and it delivered plenty of laughs for me. I haven’t seen a lot of Christmas B-movies yet (ones intended for riffing at least), but this is one of the better ones I’ve seen. If Elfette Saves Christmas was meant to be a serious film, it definitely failed. However, it sure feels to me like it was at least partially intended as a B-movie and in that the movie succeeds. For those of you looking for a Christmas B-movie to watch with your friends and riff on this holiday season, Elfette Saves Christmas is a pretty solid choice and comes recommended for that purpose (but not really for any other reason).

Elfette Saves Christmas was released on DVD on November 19, 2019.