Piranha Bytes is a long time video game developer that has made a name for themselves with the Gothic and Risen series. Back in 2017 the company created a new franchise with ELEX. Four and a half years later ELEX II has arrived. While there are many fans of the original game that have been waiting for the sequel, I have to admit that I never played the original ELEX or any games made by Piranha Bytes for that matter. Normally I wouldn’t check out the sequel to a game that I have never played, but I was intrigued by ELEX II as it looked like a fun game set in an interesting post apocalypse world. ELEX II is a fun open world RPG that fans of the series will likely really enjoy even if it feels a little outdated in some areas.

ELEX II takes place several years after the ending of the original game. Magalan faces a new threat as alien forces rain down from the sky harboring the power of dark Elex. Jax must once again save the world by uniting the various factions to work together in order to stop the threat before it destroys the whole planet.

ELEX II is in a lot of ways your typical open world action RPG. The game mostly involves journeying through the world and taking on various quests you receive from people you encounter in your journeys. Most of these quests revolve around killing enemies or recovering certain items.

The game’s combat is similar to most games from this genre. You can choose from ranged or melee combat and switch between them quickly. The combat is a mixture of methodical and fast paced action. Dodging and blocking attacks is important as you can lose your health quickly if you don’t avoid the enemy attacks. At the same time the game is no Dark Souls where you have to perfectly time attacks and dodges to stand any chance of succeeding. The combat really relies on stamina as both you and all enemies have stamina which is used whenever you attack or dodge. If you run out of stamina you can’t dodge or attack until it refills. This forces you to time your dodges and attacks as you can’t just spam buttons or you will run out of stamina quickly.

Outside of combat the game has most of the elements you would expect from a RPG. After completing quests or killing enemies you receive experience which will lead you to earning levels. These levels will give you points that you can spend at trainers to acquire new skills as well as points that you can use to upgrade your stats. The game gives you quite a few customization options as you can spend your points on skills and stats that best apply to your preferred playstyle.

When it comes to the gameplay of ELEX II, I would say that it plays a lot like your typical game from the open world action RPG genre. If you play a lot of games from this genre, you likely already know what to expect from much of the gameplay. Ultimately I enjoyed the gameplay of ELEX II. It may not have the most original gameplay, but it didn’t really have to be. The game is fun to play which is what is most important. If you just enjoy going on an adventure in a large open world set in an interesting world, I think ELEX II may be the game for you.

While I have played games with better combat systems, I thought combat was usually pretty fun. Having to keep track of your stamina stops you from spamming the attack or dodge button. This forces you to be smarter in combat which adds some skill. The controls are generally good as well even though they can feel a little stiff at times. The game seems to give you enough options as well so you can focus on how you like to play these type of games.

As for ELEX II’s difficulty I would say that it is mixed. I would say that sections of the game were pretty easy while others were pretty difficult. It really all depends on what level you are when you arrive in certain locations. As the game is completely open world, you can literally go wherever you want after a short introduction area. The order you choose to complete missions will thus be up to you. Most enemies you encounter can be beat pretty easily if you at least somewhat try to avoid/block attacks. You will then occasionally encounter highly overpowered enemies while exploring which will totally destroy you unless you do a really good job avoiding their attacks. Some of these situations feel kind of cheap where the enemies will come out of nowhere even if you stick close to the main paths. Unless you want a real challenge, I would highly recommend getting a companion as quickly as possible as they will help out immensely as they are considerably more powerful than you at the beginning of the game.

Things get a little fuzzier when it comes to other parts of the story though. The game for the most part picks up after the events of the first game, so not playing the original game will leave you a little lost at times. You will meet characters from the previous game and you won’t really get much of a introduction as your character already knows them. I think the biggest issue will just be elements of the world and its history which the game will reference and you won’t know anything about. The game at times expects you to understand much of its lore without giving you any refresher which will leave new players lost. Whether I would recommend playing the sequel without playing the original really depends on whether you mind being a little lost at times when the game talks about things that you might not really understand. If this doesn’t really bother you, I see no reason why you can’t play the sequel without playing the original. If being lost at times is going to bother you though, I would probably recommend playing the original game before checking out the sequel.

Speaking of the story, I have some mixed feelings about it. I will admit that it didn’t help that I didn’t really have any of the backstory which made sections of the story kind of confusing. In many ways the game’s story is similar to a lot of open world games where you are the chosen one and have to save everyone. While the game shares elements with other games that utilize a similar premise, it has its own unique feeling as well. The game has an emphasis on choice as your actions can have implications on what ultimately happens in the game. This is especially true since NPCs can die in the game which has an impact on the story. Ultimately there are elements of the story that I found compelling while other sections were more disappointing.

I enjoyed ELEX II, but the game is not perfect. I would probably say that the biggest problem that I had with the game is that it just feels a little outdated at times. In a way it feels like the developers were overly ambitious and just couldn’t reach their expectations for the game. This won’t necessarily be a problem for all players. In some ways it feels like the game is trying to emulate a game made five or more years ago. I never played the original game, but I would guess that there hasn’t been many major upgrades from it.

This feeling of the game being outdated comes from a couple areas. The most noticeable at first glance is the visuals. At times the game looks pretty good, and other times it feels like a game still stuck in the previous generation of video games. This is especially evident in some of the character models as they don’t show the level of detail or facial expressions as other PlayStation 5 games.

This also impacts the gameplay as well. Now I wouldn’t say that the gameplay being outdated ruins the game. The game is still quite fun and fans of the era that the original ELEX was released in will likely still appreciate the gameplay. The game is missing some of the more modern additions that many of the games from this genre have nowadays though. Basically how much this will impact your enjoyment of the game comes down to how much you enjoyed this genre of games that were released around five years ago.

Another issue that many players seem to be having with ELEX II relates to performance. I played the game on PlayStation 5 and never really encountered any significant issues regarding the performance. I didn’t experience slowdown or any major bugs outside of your typical bugs generally expected from the open world genre. Other players seem to have had considerably more issues though so if you are playing on PlayStation 4, Xbox One, or a PC closer to the recommended settings, you may encounter some issues while playing the game.

As for ELEX II’s length I honestly have probably only played a fraction of all that the game has to offer. Because of this I don’t want to even give an estimate for how long I think the game will take to beat. Like a lot of open world games, the game basically just tells you to go out on an adventure. If you just stick to the main plot missions, the game will obviously take less time than if you try to complete every single side mission. ELEX II is one of those games where you can easily be sucked down the rabbit hole of an almost endless number of side missions. There will be parts of the game where you will acquire new missions much quicker than you could ever expect to finish them. Ultimately if you are the type of player that tries to complete every single quest in an open world game, I think you will easily get your money’s worth out of ELEX II.

I generally enjoyed my time with ELEX II. The game isn’t perfect but it has a lot going for it. The game seems to have a lot of content and is set in an interesting world. The gameplay is similar to most of the games from this genre, but it is still really enjoyable. If you enjoyed the original game or generally enjoy Piranha Bytes games, I think you will enjoy ELEX II as well. The biggest issue I had with the game is just that it feels a little outdated in some areas. At times it just feels like a game that was made like five years ago and hasn’t really added any innovation from the genre made in recent years.

My recommendation for ELEX II is pretty straightforward. If you don’t really care for open world RPGs or the original ELEX, I don’t see ELEX II changing your mind. Fans of the original or this genre in general though should enjoy ELEX II and consider picking it up. 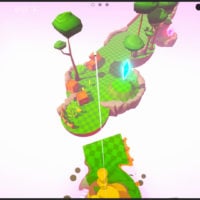