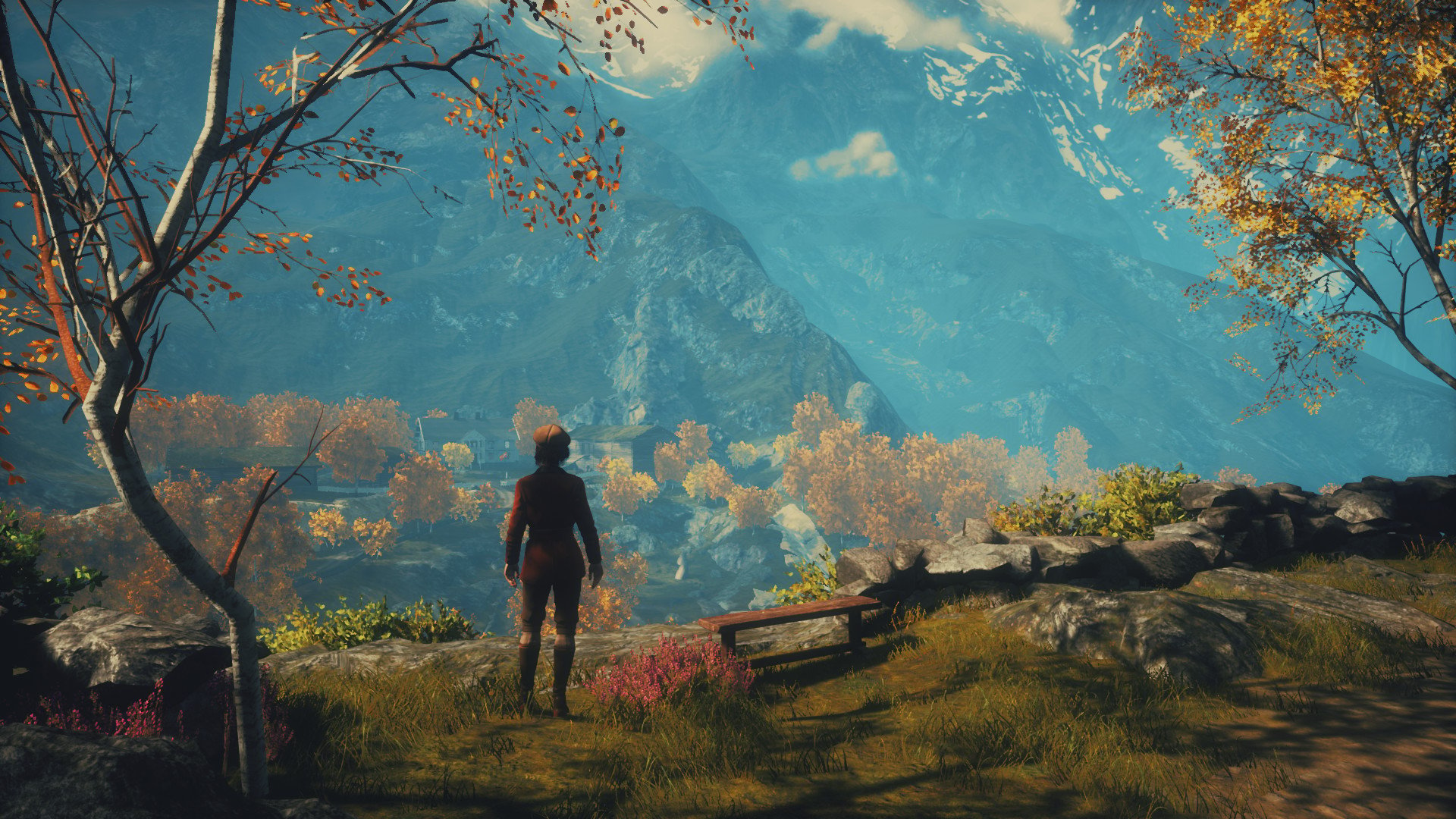 One of the most controversial video game genres seems to be the “walking simulator.” The reason why the genre is controversial is because a lot of people don’t even think these games should be considered video games. This is mostly because they are unlike your traditional video games. The gameplay takes a secondary role to the story as you mostly just walk around and interact with the environment. I personally have never been a big fan of the term “walking simulator” as it seems like it was mostly designed as an insult. I personally prefer the term “interactive story” as it puts an larger emphasis on the story which is where these type of games excel. I bring this all up because I would classify Draugen as a walking simulator adventure game. When I first saw Draugen I was intrigued as the story and theme looked really interesting. Draugen might be a little lacking in the gameplay department, but it has a compelling and satisfying story filled with plenty of twists and turns.

Draugen takes place in 1920s Norway. You play as Edward Charles Harden. Edward travels from America to a small rural town in Norway after receiving a letter from his sister, Betty, who has gone missing. Joining Edward on his journey is his ward Lissie, an energetic younger woman who is always up for an adventure. As they arrive in the small town, they are amazed by the town’s peacefulness and beauty. As they begin their search for Betty, they quickly realize this small peaceful town hides a dark secret. Will Edward and Lissie find Betty and what will they find out about the town in the process?

I alluded to this at the beginning of the review but I want to expound a little more on what type of game Draugen is. Like a lot of games that are given the walking simulator tag, most of the gameplay revolves around walking around and interacting with the environment. There are also dialog decisions to make when interacting with Lissie. These two mechanics push you towards exploring the town which progresses the story. There isn’t any puzzle solving in the game as you just have to find the relevant pieces of information/items to advance the story. There is nothing wrong with the gameplay, but you aren’t going to play Draugen for its gameplay. For this reason Draugen is not going to be for everyone. If you don’t like the walking simulator genre or story driven games, Draugen is not going to be for you.

The reason to consider playing Draugen though is for the game’s story. This is where Draugen succeeds for the most part. For people afraid of spoilers you can feel free to continue reading as there will be no spoilers in this review. I won’t get into any specific details of the story as I don’t want to ruin the experience for anyone. If I were to describe the story in broad strokes I would say that it is mixture of a historical drama/mystery with some sci-fi/supernatural elements mixed in from time to time. I would say the story is for adults as it can get quite dark at times. I wouldn’t say the story is scary but it does focus on some darker themes.

I think the story succeeds for two reasons. First I found the two main characters Edward and Lissie to be quite interesting. Edward is kind of a dark pragmatist that likes to approach the world in a scientific way. Meanwhile Lissie is energetic and willing to consider the unexplained. I found the two characters to be really interesting as they are the driving force behind the story. Of the two characters I actually preferred Lissie as she can be quite entertaining at times. The other reason why the story succeeds is that the story has several twists and turns that do a good job moving the story forward. If you like story driven games you will want to see how Draugen ends.

While I really enjoyed Draugen’s story, I had one issue with it. The story was moving along pretty strongly and then it ended kind of suddenly. One of the mysteries in the story is never fully resolved. This was kind of disappointing as I was really invested in seeing how the mystery would be resolved and then it never is resolved. I came up with two possible reasons for why this mystery is never resolved. First the mystery was never meant to be resolved. I could see the designers leaving the mystery unresolved so players could come to their own conclusions. My other theory is that the mystery wasn’t resolved because the game was meant to have a sequel. This seems to be the more likely option as the credits hint towards a sequel.

In addition to the story being quite good, I thought Draugen’s atmosphere was really good. Starting with the visuals the game looks really good for an indie game. From time to time I had to stop what I was doing to look around and admire my surroundings. The game’s soundtrack is perfect for the game as it does a great job supporting the atmosphere and story. Finally the voice acting is quite good as well. The voice actors do a good job bringing life to the characters.

With Draugen being a walking simulator adventure game, I will say that I didn’t expect the game to be that long as most games from the genre aren’t super long. How much time you get out of Draugen will depend on how you approach the game. I personally took my time trying to fully explore the environment to find hidden items/clues. With this approach the game took me around 3-4 hours to complete. You may be able to add a little more time as I did end up missing some achievements. If you rush from destination to destination though I would guess you could finish the game in around 2-3 hours. As the game appears pretty linear I don’t know how much replay value the game has unless you want to re-explore the story.

Draugen is a game that is not going to be for everyone. At its core Draugen is a walking simulator. The gameplay is really basic as you are mostly just walking around and interacting with the environment. Instead of focusing on the gameplay, Draugen spent its time on the story. Most of the time this pays off as the story is quite good. The characters are interesting and the story is filled with enough twists and turns that will keep you interested until the very end. This is combined with a great atmosphere consisting of good visuals and audio to create a truly engaging story. Unfortunately the story ends a little abruptly where one of the mysteries is left unanswered. The game is also kind of on the short side as it will take most players between two and four hours to complete.

If you have never been a big fan of video game stories or walking simulators, Draugen is not going to be for you. People who are interested in a good story should enjoy Draugen. Whether you should purchase it right away or wait for a sale depends on how important a game’s length is to you. At the end of the day I enjoyed Draugen and would recommend people that like story driven games pick it up.