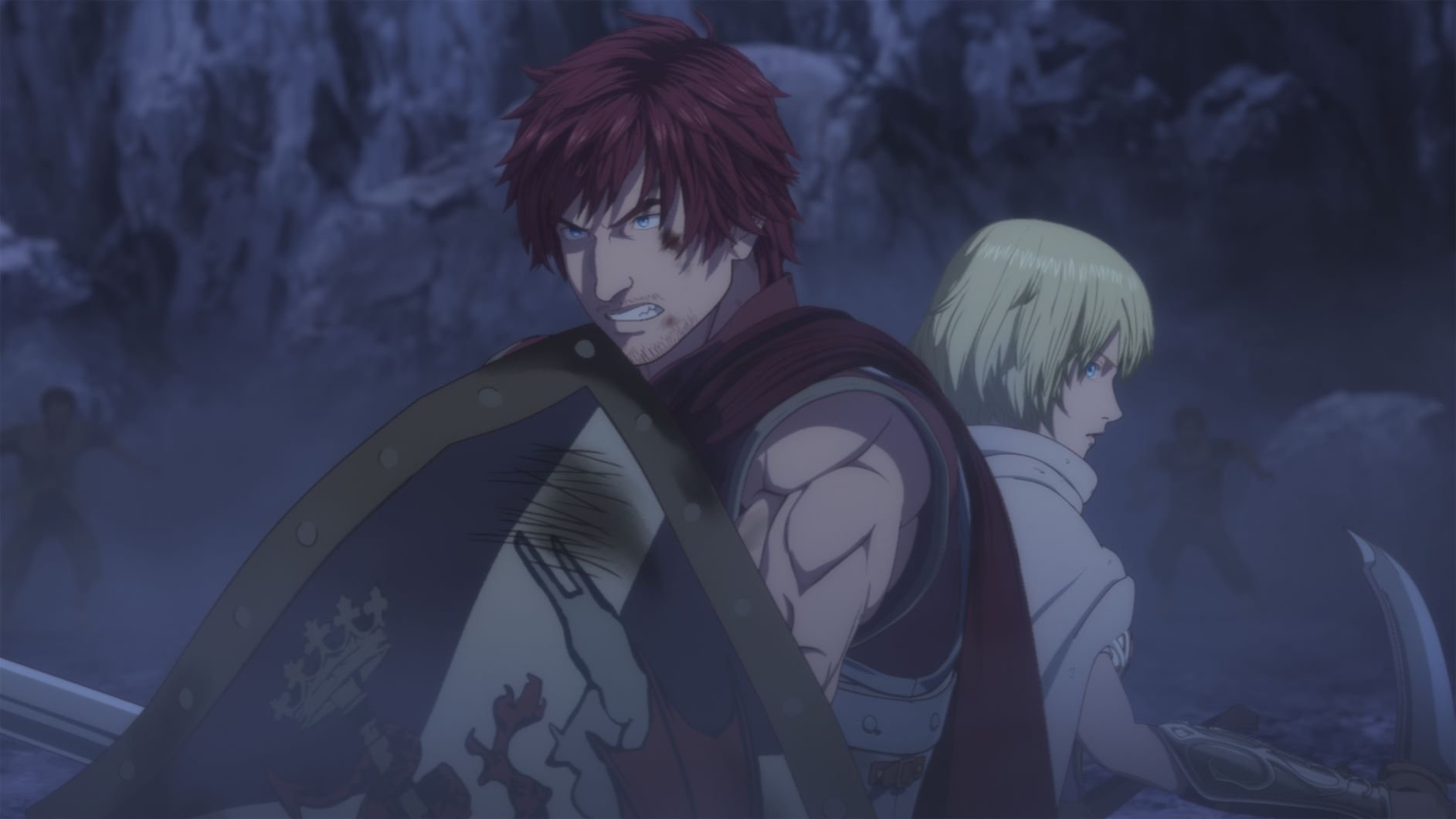 Originally released back in 2012 Dragon’s Dogma was an action RPG created by Capcom. Dragon’s Dogma was well received by critics and actually sold pretty well. Despite this the game has yet to receive a sequel in the United States. In Netflix’s continued efforts to grow their video game inspired programming they ended up giving the show the anime treatment. While I have heard of the video game, I never actually played it. Despite this I was intrigued enough by the premise that I wanted to check it out. Dragon’s Dogma is an entertaining and interesting take on the fantasy genre even if it has its own share of issues.

In the world of Dragon’s Dogma dragons were thought to have gone extinct as none had been seen in over 100 years. Ethan is living peacefully in his village with his family when a dragon suddenly arrives and destroys everything that Ethan holds dear. In the process the dragon defeats Ethan and takes his heart in the process. Instead of dying Ethan is revived and becomes an Arisen, a warrior tasked with killing the dragon. To enact his revenge on the dragon and reclaim his heart he vows to destroy the dragon. Joining him is Hannah, a Pawn who is tasked with helping Arisen in their quests to destroy dragons. On their quest to kill the dragon Ethan and Hannah must confront various evil threats that plague the land. Each monster that Ethan kills makes him lose a little bit of his own humanity though. Can Ethan succeed in his mission to slay the dragon and keep his humanity in the process?

As I mentioned earlier I have never played the video game that Dragon’s Dogma is based on. For this reason I can’t make a lot of comparisons between the game and the show. Based on a short overview of the game’s plot the show seems to keep the same basic plot as the game. It seems to take the rules of the universe and applies them to a new story. Elements of the story seem to be the same, but much of the actual story seems to be unique to the show.

Having no baseline for what to expect from Dragon’s Dogma it ultimately felt a lot like your typical fantasy story. The show is framed around the journey to the dragon’s lair with each episode being a different adventure/obstacle that Ethan and Hannah encounter along the way. This usually entails fighting a different mythical creature in each episode. Many of these creatures are your typical fantasy creatures. What is kind of unique about the show’s structure is that each of the seven episodes is based around one of the “seven deadly sins”. The creature itself or the plot of the episode is based around the episode title’s sin. I found this to be a really interesting idea.

In general I enjoyed Dragon’s Dogma. This is based on going into the show blind though as fans of the game seem to have a differing opinion. I will be frank. Outside of a few tweaks, that I won’t talk about to avoid spoilers, much of the show feels like your typical fantasy story. Many elements of the show can be found in other fantasy stories. Despite this I still found the show to be entertaining. Most of the episodes have an engaging story that has a few twists to keep them interesting. Most of the episodes also feature a decent battle filled with quite a bit of action as Ethan and Hannah deal with the monster for that episode. There is some depth to the stories as well which really feeds off the idea that each episode is based off a deadly sin. I generally enjoyed most of the episodes as the 20-30 minutes of each episode flew by pretty quickly.

I would say that the biggest issue that I had with the story comes from the fact that there are a few quirks that stand out at times. I think the biggest culprit is that the dialog is sometimes a little cringey. I am guessing that this is partially due to the show being made in Japan and then being translated into English. It is usually fine but there were a couple times where I genuinely laughed at the dialog and not because it was meant to be funny. Along with this is the fact that the characters could have probably been developed a little more. The characters are not bad, but they kind of lack personality at times. If they were developed further I think this could have been a strength for the show.

This leads me to the ending of the first season which left me a little disappointed. Don’t worry I won’t get into spoilers. This is one element that the show takes from the game so it makes sense that they decided to go with it. The twist itself is not bad, but I think the show should have handled it in a different way. The story swerves in order to add this twist to the end of the season, and I think the show could have either did a better job foreshadowing it or altered it in some way. Because of this I am not sure whether the show will get a second season. The show makes you think that it was meant to have at least two seasons, but based on the ending there is a chance that it will only end up with one season.

As for the animation I am not entirely sure what to think. I would say that it feels like a combination of 2D and 3D animation. I have to say that this was an interesting choice as it doesn’t really look like any other styles that I have seen. I think people are going to have mixed feelings about it. At times I thought it looked really nice as it brings a unique style to the show. At other times the CGI sticks out taking away from the experience.

Speaking of the animation style I want to point out that Dragon’s Dogma is rated MA and it definitely deserves that rating. The rating is mostly due to the violence and nudity. There is quite a bit of violence in the show along with the corresponding blood. If you don’t really care for bloody violence the show probably won’t be for you. As for the nudity at times it kind of feels like it was put in just to be fan service without adding a whole lot to the actual story. I wouldn’t say that the mature content hurts the show, but I just wanted to point it out.

I ultimately enjoyed watching Dragon’s Dogma and if it ends up getting a second season I will be sure to check it out. In a lot of ways the show feels like your typical fantasy story as the heroes go on a journey to slay a dragon and fight other creatures they encounter along the way. The show has a couple twists that keep things interesting including the fact that each episode is based around a different deadly sin. I genuinely found the journey to be entertaining as it mixes enough action with the fantasy storytelling. The plot has a few missteps along the way due to the dialog and overall character development. I also think the twist at the end of the season could have been handled a little better. I think people are going to have differing opinions of the animation. Usually I thought it looked pretty good, but there were a few times where it kind of stood out.

If you don’t really care for the premise or don’t really like fantasy I don’t see Dragon’s Dogma being for you. Those who think the premise sounds interesting though and like anime fantasy should check it out as I think you will enjoy it.

Recommended For: People who think the premise sounds interesting and like fantasy anime.