Originally airing from 1990 to 1991 TaleSpin was a children’s cartoon series featuring Baloo the bear and the rest of the Higher for Hire staff. While never a huge fan of the show, I remember occasionally watching some of the TaleSpin reruns when I was a kid. Even though I have memories of the TV show, I didn’t have high expectations for the board game. Almost all of these type of children’s board games are just bland roll and move games. Unfortunately Disney’s TaleSpin Game is just another bad children’s game that at times feels like a convoluted mess.

How to Play Disney’s TaleSpin Game

Shuffle the 15 cargo plane cards and place them face down on the corresponding spots on the gameboard. Place the Sea Duck pawn on one of the two orange plane spaces. All players roll the die and whoever rolls the highest number will be the first player. 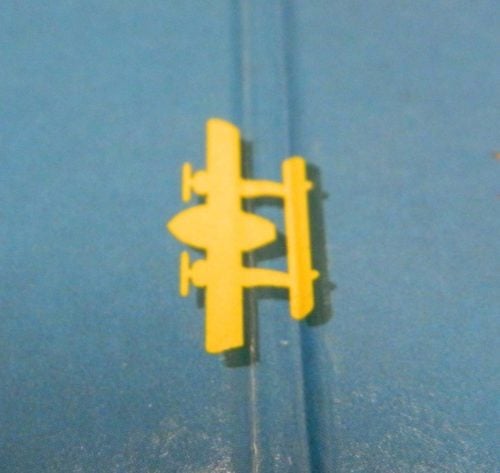 Yellow Plane: If the Sea Duck is moved onto a yellow plane space, no other actions are taken. 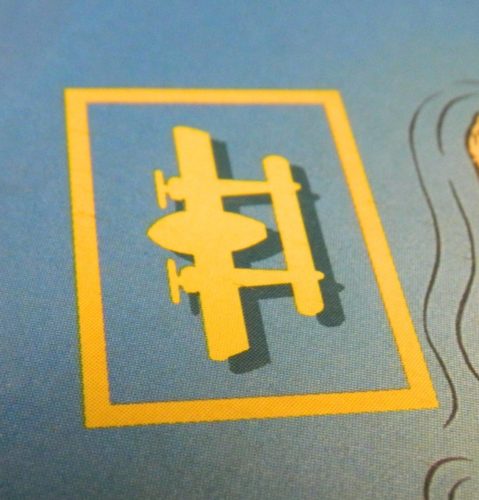 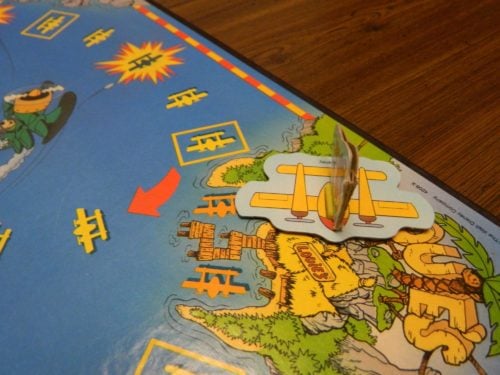 Orange Plane: If the Sea Duck is moved to an orange plane space, all of the players turn their cards face up and total up all of their cards. All of the cards are then turned face down. 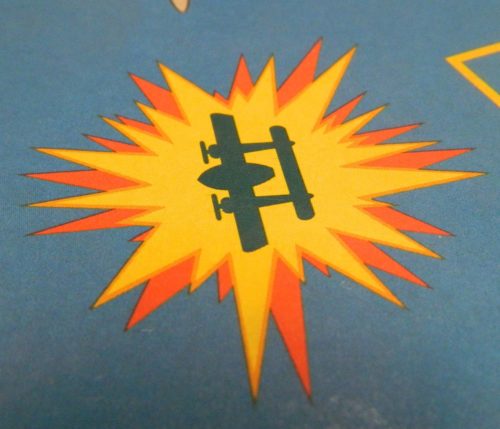 Once all of the cargo cards have been taken, players will move towards the Higher for Hire space once they reach the red arrow on the gameboard. 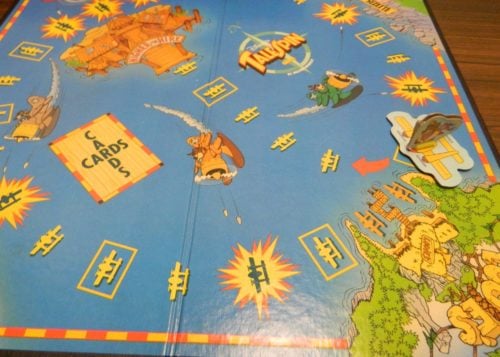 All of the cargo cards have been taken so the Sea Duck will start moving towards the Higher for Hire.

When the Sea Duck reaches the Higher for Hire, each player counts up their points. Whichever player has the most points wins the game. 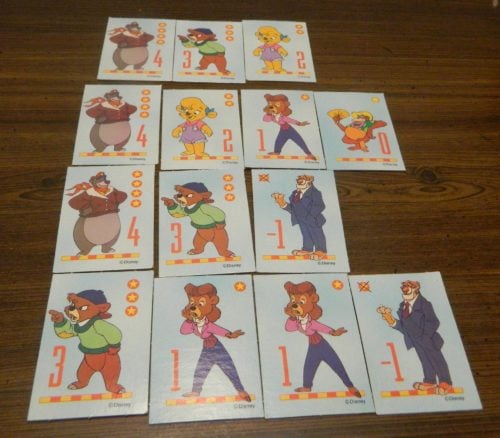 The players have the following points: 9, 7, 6, and 4. The top player has the most points so they win the game.

Let’s get right to the point, Disney’s TaleSpin Game is a very generic roll and move game. Roll the die and move around the gameboard. Almost the entire game revolves around this simple premise. With the game basically relying entirely on rolling the dice, it should not come as a surprise that the game relies heavily on luck. I can’t say that I was surprised by this fact since almost all of these types of children’s games play exactly the same. In some ways you can’t really blame the designers. Most of these children’s games were slapped together quickly in order to cash in on a television show or a movie. These games were also designed for younger children so they had to be short and simple. With Disney’s TaleSpin Game only taking a couple minutes to explain to new players and most games only taking 10-15 minutes, the same two reasons are a good explanation for why Disney’s TaleSpin Game is not a very good game.

While Disney’s TaleSpin Game almost entirely relies on the roll and move mechanics, the game had one mechanic that I hoped could potentially save the game. When players land on spaces with fireballs they can either have one of their cards stolen or they can choose a player who will lose one of their cards. With players occasionally having to reveal their cards to the other players, players can use this information to figure out which player is in the lead and who they should target. I didn’t have much hope for this mechanic but it is the only mechanic in the whole game that actually gives players a choice.

The problem with the mechanic is that it is so convoluted. The mechanic itself is pretty basic as one player will have one of their cards randomly taken from them. The optimal decision is usually quite obvious as you should go after the player with the most points. While you could let another player take one of your cards, the only times that makes any sense is if you have a negative card in your hand that you want to try and get rid of. Even though the mechanic adds a little decision making to the game it doesn’t really fix the game as it still relies way too much on luck.

Instead of adding meaningful decisions the mechanic mostly adds an opportunity to gang up on whichever player is in first. There really is no reason for a player not to gang up on the player that is in first since they will lose points and you might be the player that gets those points. This creates a problem as players trade off taking cards from one another as the leader constantly changes. Basically in order to win the game you need to hope that you can take the lead right before the game ends. If you take the lead too early the other players will likely steal the lead away from you before the game ends.

I think the biggest problem with the “fireball” mechanic though is that it just adds unnecessary complexity to the game. The mechanic doesn’t really make the game better and only ends up making the game harder for children to play. Now don’t get me wrong, Disney’s TaleSpin Game is far from a difficult game. The “fireball” mechanic at times can make it a little difficult to know whose turn it is though. Since the player to the left of the player who loses a card gets to roll the die next, players are constantly getting skipped. While adults shouldn’t really have troubles figuring out whose turn it is, being designed as a children’s game it makes no sense adding a mechanic that only adds confusion to the game.

Should You Buy Disney’s TaleSpin Game?

I didn’t have high expectations for Disney’s TaleSpin Game and I wasn’t disappointed. The game is basically what you would expect out of a cheap children’s license game. It is a very basic roll and move game. You roll the die and move the playing piece around the board taking an action based on what space the piece lands on. Outside of choosing which player loses one of their cards there really are no decisions in the game. While it adds a little decision making, this mechanic mostly just adds unnecessary complexity and lets players gang up on the player in the lead. For the most part the game relies entirely on luck. Add in the poor component quality and Disney’s TaleSpin Game is a really bad game.

Honestly I have a hard time recommending Disney’s TaleSpin Game. I can only really recommend the game to two groups of people. First if you have young children that would really like the theme, they may be able to have some fun with the game. Second if you are a big fan of the TV show it may be worth picking up the game as a collectible as long as you don’t really intend on playing it. In either case though I would only recommend picking up the game if you can get a good deal on it.

If you would like to purchase Disney’s TaleSpin Game you can find it online: Amazon