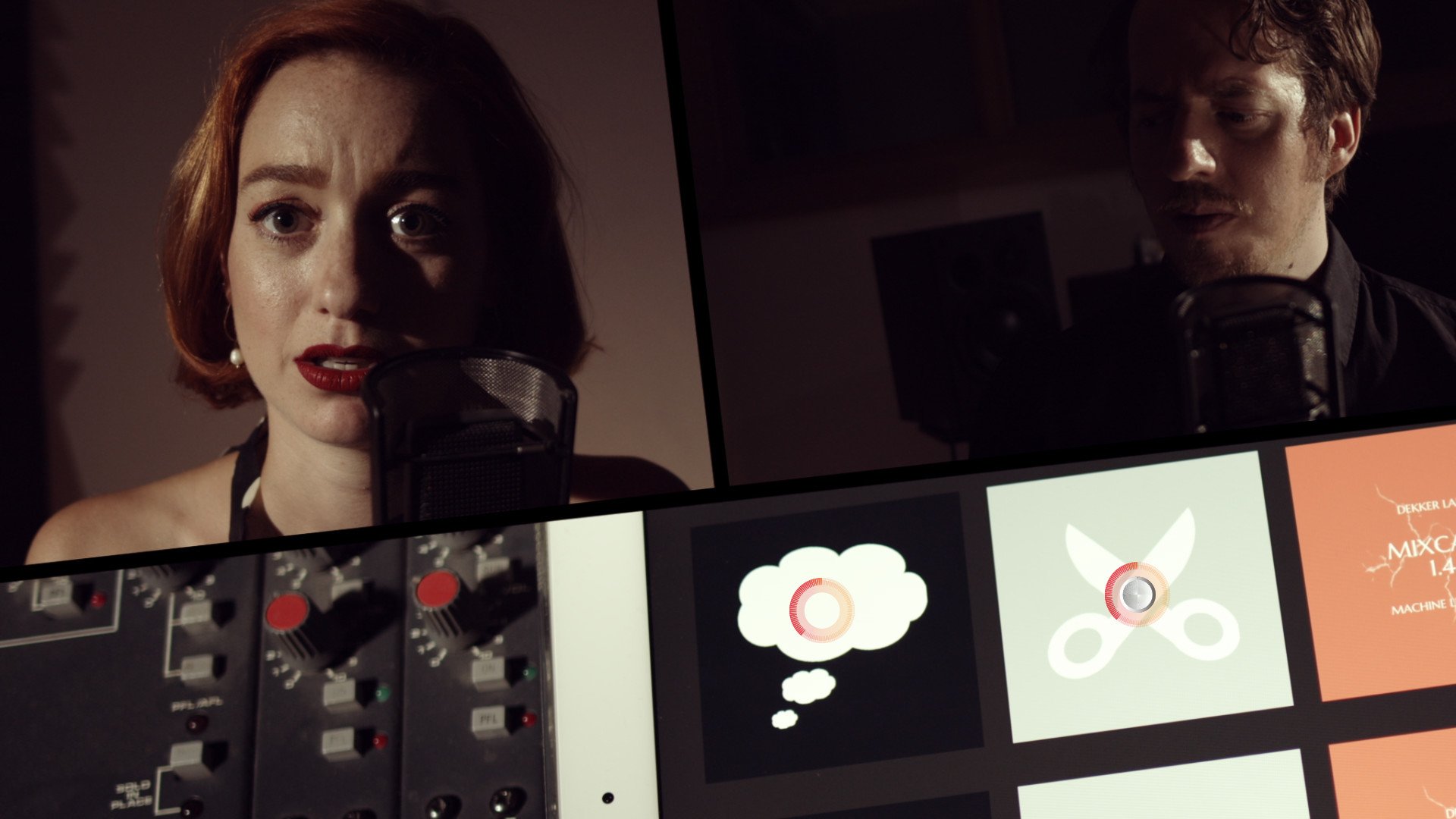 Back in the 1990s as new technology emerged video games went through a phase where they tried to incorporate live action video footage into the gameplay. While innovative for its time, the genre died out pretty quickly as most were pretty cheesy and the gameplay was kind of limited. While I haven’t played a lot of FMV games, I have always found the genre to be kind of interesting. Over the last few years D’Avekki Studios has been creating games in the FMV genre while also trying to innovate it. While I hadn’t played any of D’Avekki Studios’ prior games, I was intrigued to check out last year’s Dark Nights with Poe and Munro as it makes its console release today. While the game is not going to be for everyone, Dark Nights with Poe and Munro is an intriguing experience that feels like an interactive anthology television show.

Dark Nights with Poe and Munro follows the adventures of local radio hosts Poe and Munro through six episodes. They live in the small town of August where strange events regularly occur. Each episode features a different mystery that blurs the lines between reality and sci-fi. Can you uncover the truth of each case and keep Poe and Munro alive in the process?

If I were to describe the gameplay of Dark Nights with Poe and Munro I would say that it plays a lot like an interactive episode of a television show like the X-Files. The game is broken down into six episodes. Each episode has its own storyline with an overarching background story that connects the stories together. Most of each episode will consist of you watching the events take place like you are watching an episode of a television show. Periodically throughout the episode you will be given a number of options to choose from which will impact what happens in the story. In the settings you can choose to either make these time sensitive or you can have as much time as you want to make a decision. To choose an option you will select one of the icons that pop up on the screen. The game then goes back to playing the episode with your choice impacting what happens throughout the rest of the episode. Each episode has a number of different paths that you can go down based on what actions you chose. At the end of the episode the game will show you what options you chose and will compare them to what other players chose.

I am not going to sugarcoat it. Dark Nights with Poe and Munro is going to be a game that people are naturally going to have differing opinions of. A lot of this has to deal with the fact that it really isn’t your traditional video game. The game is not action packed where you have to make pinpoint shots, make tough jumps, or complete other tasks that will test your gaming skills. The gameplay revolves entirely around just making a number of decisions. If you are looking for an action packed game that is going to test your gaming skills, the game simply won’t be for you. While I wouldn’t consider this to be my favorite genre of games, I appreciate when a game is more focused on telling an interesting story. That said I will admit that the gameplay in Dark Nights with Poe and Munro is kind of limited. In most of the episodes you will only be making around ten decisions. If you keep the timer on you need to make decisions somewhat quickly, but the game is not particularly action packed.

Most of the gameplay comes from exploring the various winding paths of each episode. Some of the decisions don’t seem to play a large role in the outcome of the game or even an individual episode. Others can actually change the story quite a bit. The decisions you make in each episode will have an impact on what happens as well as the ultimate ending. Thus if you want to see everything that the game has to offer you likely will have to play through each episode a couple of times. While I am not a huge fan of replaying the same things over and over again, if you actively choose different options the story seems to change enough that you should be able to play each episode at least twice and see enough new stuff to remain interesting. I would say that most of the episodes are only around 20-30 minutes so replaying an episode is not a huge time commitment.

Outside of the gameplay feeling a little limited at times, I do think the game could have done a little better giving players more information about the choices that you are presented with. When a decision point comes up you are just presented with various icons on the screen and you have to pick one of them. A decent amount of the time it is pretty obvious what a icon represents. There will be times where the icons aren’t really clear though where you have no idea what you are choosing between. There were times in the game where I would have made a different choice if I knew what each choice meant. I believe some of these choices were meant to be abstract on purpose and a decent amount of these don’t seem to have a big impact on the overall story. There were a few times though where I was a little frustrated because I ended up making a choice that I normally wouldn’t just because I didn’t know what the options were.

While I didn’t mind the gameplay, I wouldn’t consider it to be one of the game’s main selling points. Like most of these types of games, your enjoyment is going to come from the story. If I were to describe the story of Dark Nights with Poe and Munro I would say that it kind of reminds me of a show like X-Files and other anthology series that blur the lines between reality and sci-fi. Some of the stories are more sci-fi than others, but the stories also tend to leave open whether the sci-fi elements actually happen or not. Mixed with these elements is a hidden love story between the two protagonists as these events test their relationship.

For the most part I enjoyed the game’s story. Some episodes were considerably better than others, but I found the episodes to be compelling. The game does a good job never really committing to being sci-fi or realistic as it leaves the events open to your own interpretation. The stories are well written and I think the game does a good job incorporating your choices into what happens. Some of the stories seem to end up in mostly the same place no matter what you choose, but your decisions do play a role in how the events unfold. This is supplemented by the acting in the game which is quite good. FMV games generally have a reputation for being pretty cheesy mostly because the acting is so bad that it is kind of funny. While the game can be kind of cheesy at times, leading to a number of laughs, this was done on purpose instead of being due to bad acting. Generally if you think the premise of a TV show with new cases/mysteries each week with a sci-fi twist sounds interesting, I think you will enjoy the story of Dark Nights with Poe and Munro.

Dark Nights with Poe and Munro is an interesting homage to a bygone era of video games that is pretty innovative at times. The game is clearly not going to be for everyone. The gameplay is pretty limited as you just choose from a set of options every so often. Outside of using timed decisions, the game has little action and kind of feels more like an interactive movie. The choices are not always obvious either where you don’t know what you are picking between. The game does do a pretty good job with the branching storyline though as your choices will usually have a somewhat significant impact on what happens throughout the rest of the episode. The game’s story is clearly its greatest strength. It reminds me a lot of a television show with each episode having its own case/mystery with a sci-fi twist. The writing is quite good along with the acting. Fans of this genre will likely enjoy the story.

My recommendation for Dark Nights with Poe and Munro will depend mostly on what types of games that you enjoy. If you mostly only play action packed games and don’t think only occasionally making decisions sounds like an interesting game, you are unlikely to enjoy the game. If you are looking for an interesting experience though and like games that focus mostly on the story, you should enjoy Dark Nights with Poe and Munro and should consider picking it up.