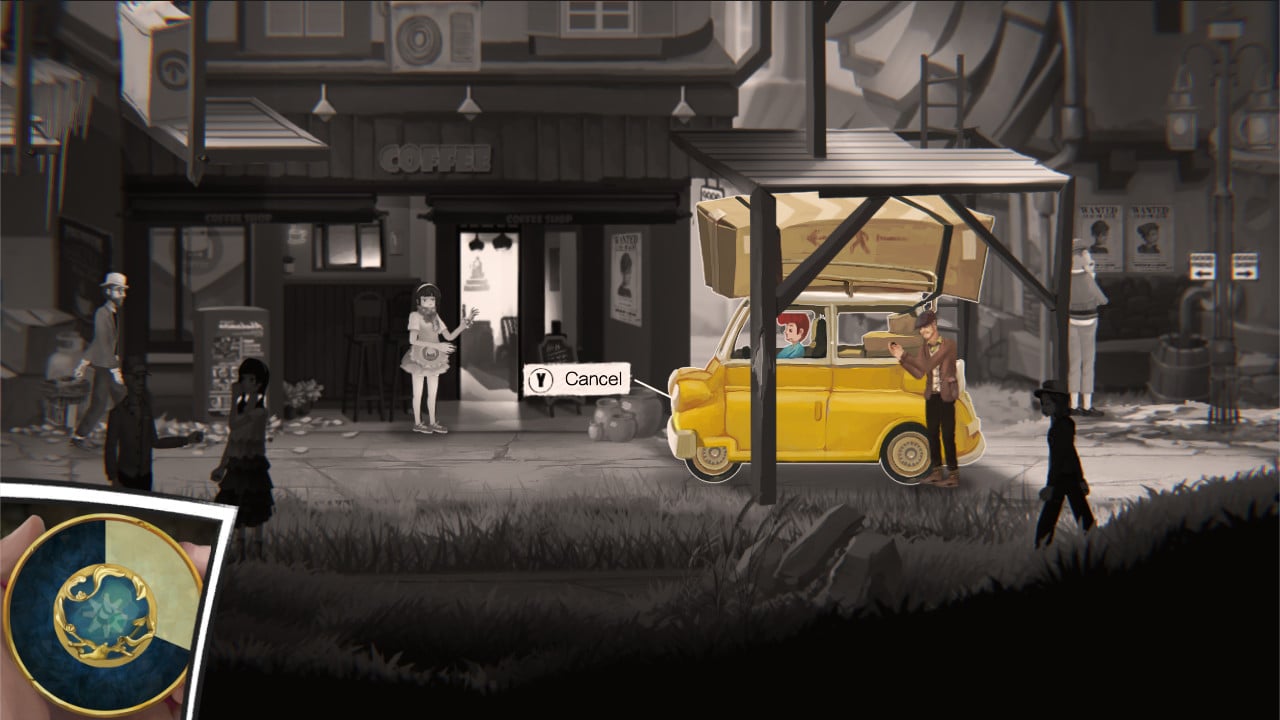 As a big fan of puzzle games and time travel/manipulation, I honestly don’t know why I hadn’t heard about the indie video game Clocker until very recently. The game was released two years ago on PC and was recently ported to Nintendo Switch giving me a good reason to check it out. The premise of a puzzle game built around time manipulation sounded like a really interesting idea as the game had some mechanics that looked different from any other game that I have ever played. Clocker is an innovative time manipulation puzzle game that should delight fans of the genre even though it ends too quickly.

Clocker follows the story of a father and daughter after the death of their wife/mother. The father is constantly working in order to pay off bills which has lead to distance between him and his daughter. One day he is given a magical watch by a stranger. Later that day his daughter is about to be killed in an accident when the watch suddenly freezes time. This creates a time barrier between them as time is frozen for the father and proceeds normally for the daughter. Can the two be reunited and work through the issues that kept them apart for so long?

Clocker is to its very core a puzzle game. The game’s puzzles come from the ability to manipulate time itself. Most of the gameplay comes from controlling the father. With the world around you frozen in time, you can choose one object/person at a time to interact with. You can then use the watch in order to move them forward or backward in time manipulating their actions. The puzzles come from having the characters perform actions in a particular order to clear the path towards pieces of a clock which you need to progress the story.

When I first saw Clocker this was the element that really intrigued me. As a really big fan of puzzle games and time travel/manipulation, the game sounded like something that would be right up my alley. There have been a number of different puzzle games that have utilized time manipulation mechanics in the past, but I don’t remember ever playing a game quite like Clocker.

I think Clocker deserves a lot of credit for its gameplay. I will admit that the game won’t be for everyone. It isn’t particularly action packed and it relies pretty heavily on rewinding and fast forwarding time until you get the characters into the right positions. The game genuinely deserves credit for how it utilizes the time manipulation element. It is not just a gimmick for the game as the gameplay was built around time manipulation. While a lot of the puzzles are pretty straightforward, I thought the puzzle design was clever. Most require several different steps be taken as one character will end up impacting another basically setting off a chain reaction. I found this mechanic to be really cool. If you like puzzle games and think the premise sounds interesting, you likely will really enjoy the time manipulation mechanic.

Lets move onto the other half of the game where you play as the daughter. Basically she follows her father through the areas that he has already manipulated. This element of the game doesn’t contain a lot of gameplay as time moves normally. As you walk through these areas as the daughter, you mostly just see what happened to the characters after you utilized the time manipulation mechanics. While the gameplay is limited, I thought these sections were kind of interesting as they fill in a lot of the story.

This brings me to Clocker’s story in general. There are a lot of things that I liked about it. I would say that the ending is kind of predictable as I guessed it at the beginning of the game. The story also seems to end a little prematurely. Otherwise I thought the story was pretty good. The story is mostly about loss and just everyday life. In a way the game kind of feels like a little glimpse into the life of the residents of the small town that the father and daughter live in. The game has quite a few little stories hidden around town that you can easily miss if you rush through it. I thought the game’s story tied in really well with the time manipulation mechanics.

Besides the game’s story, I thought the overall atmosphere of the game was quite good as well. In particular I really liked the game’s art style. I am not exactly sure how to describe the style, but it works well for the game. I will say that some of the character animations feel a little off at times though. Along with the art style is the game’s soundtrack which is pretty good as well. In all the game does a really good job creating a more relaxed atmosphere.

Clocker is a fun and innovative game, but it does have a couple of issues.

The first is that while innovative, the time control mechanic can be a little finicky at times. This doesn’t impact most of the puzzles as you shouldn’t have too many issues. There are a couple though that require you to be quite precise. What I mean by this is that you need to progress certain characters to a pretty specific point in time or things won’t work exactly how you would expect. There were a couple of times in the game where I was a little off which prevented me from solving the puzzle. This made me think that I was trying to solve it incorrectly, but I just didn’t do it quite right. This made me waste some time trying different solutions which weren’t right. My recommendation would be if you think you are right, just fiddle with the time a little as you are probably just a little off.

The other issue with the game is its biggest fault by far. Basically Clocker is really short. The length will somewhat depend on the player. As the game is a puzzle game, most of the length will depend on how quickly you can solve the puzzles. If you solve them right away, the game will obviously take less time than if you have some troubles with the puzzles. I wouldn’t say the puzzles are particularly difficult other than the issue I mentioned in the previous paragraph. You likely will need a little time to solve a few of the puzzles as they require a few working pieces. Otherwise the length will depend on how thorough you are. While the main puzzles are required in order to progress, there are a decent amount of optional puzzles/encounters that you can skip right by. If you take the time to fully explore the environment, it should add some time to the game. Ultimately I would say that it will take most players around 2-4 hours to beat the game. The game is shorter than I would have liked, but it only retails for $12 on Steam and $4 on Nintendo Switch. At that price the length is not nearly as big of an issue.

I was initially intrigued by Clocker as it combined two things that I am a big fan of: puzzle games and time travel/manipulation. While there have been other time manipulation puzzle games, I have never played one quite like Clocker before. The time manipulation is more than just a gimmick as the entire gameplay is built around it. The puzzles are on the easy side, but I thought they were cleverly designed and really took advantage of the theme. The game’s story and atmosphere were quite good as well. The time manipulation can be a little finicky at times though as you could be off by a little bit and not get the desired results. The biggest issue with the game is just that it ends far too quickly. As most people should be able to beat the whole game within 2-4 hours, I just wish it was longer as I was enjoying it and then it just kind of ends.

If you don’t really care for the time manipulation mechanic or generally don’t like puzzle games, Clocker might not be for you. If the premise intrigues you though you should really enjoy the game and should consider picking it up.