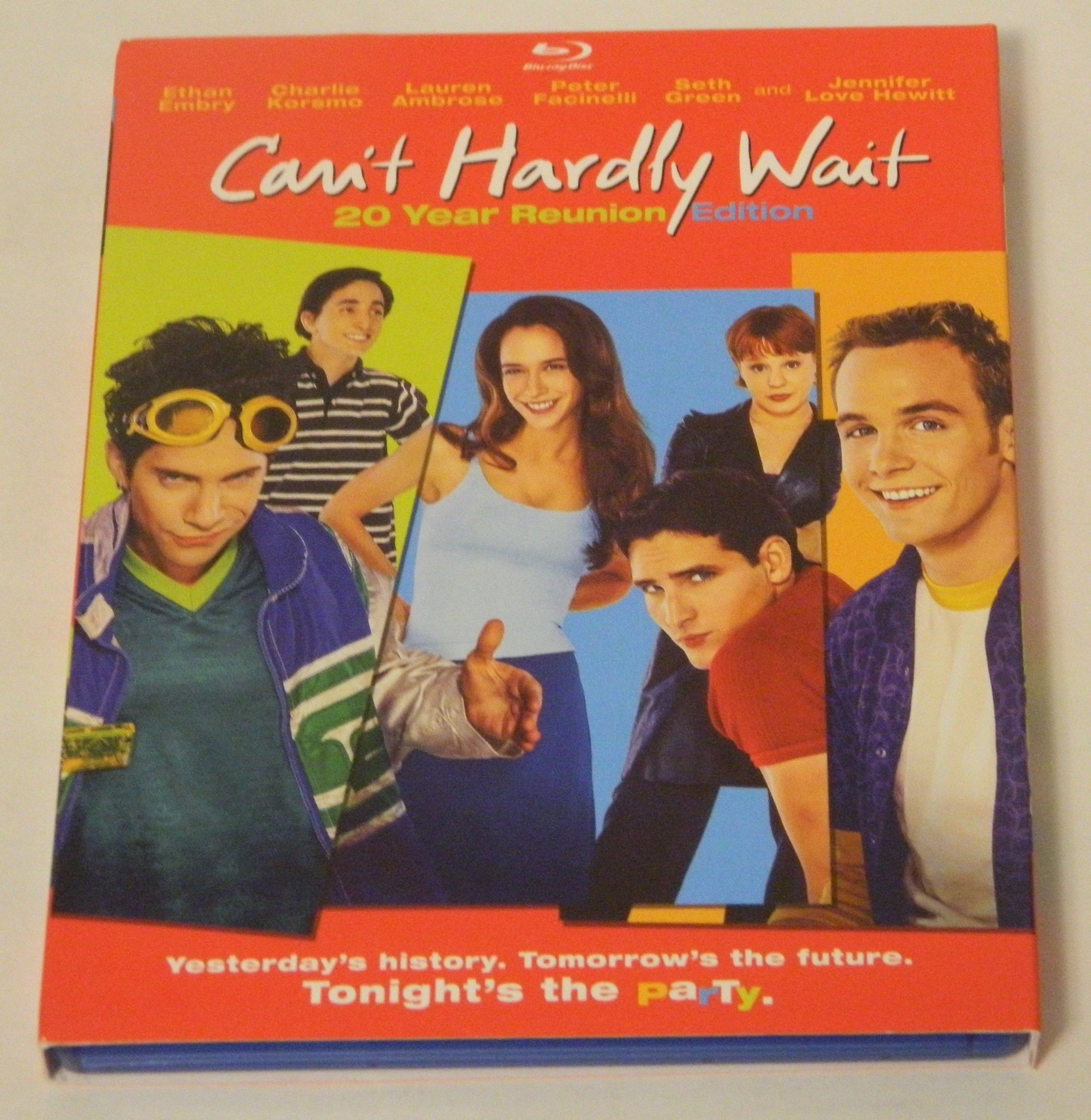 While I grew up in the ’90s, Can’t Hardly Wait was just a bit too early for me to have watched it when it first came out or to have any sort of nostalgia for it. This was my first chance to watch the film and even though I generally am not a big fan of party/high school films, I actually sort of enjoyed this film. It isn’t a must watch and people who were in high school when the film came out are definitely going to enjoy it the most, but there are still plenty of small funny moments that got me laughing. Can’t Hardly Wait is a solid film but probably not worthy of the praise it’s received of being one of the best high school comedies of all-time.

Can’t Hardly Wait begins with a high school graduation where the only topic of conversation is the party “Girl Whose Party It Is” (yes, that’s the characters actual name according to the credits) is throwing that night. Literally, five minutes later we are at the party and we spend all but the last ten minutes or so there. At the party, several different stories play out. The biggest story involves a shy teen named Preston (Ethan Embry), who feels like the universe has spent the last four years trying to get him together with popular girl Amanda (Jennifer Love Hewitt). Amanda conveniently just got dumped by her boyfriend so Preston plans to profess his love for her at the party. Other major stories include a gangsta wannabe (Seth Green) trying to hook up with one of ten girls but getting locked in a bathroom with his former friend (Denise, played by Lauren Ambrose) and a geek (Charlie Korsmo) attempting to get payback on the jock who constantly humiliated him (Peter Facinelli). None of these stories are particularly original as they are all pretty much staples in any teen comedy ever made. However, Can’t Hardly Wait is mostly just about partying and comedy anyways.

My reaction after my first viewing of Can’t Hardly Wait was a bit mixed. There are definitely some generally funny moments (Seth Green is especially hilarious in this) but most of the laughs come from the more minor characters. I honestly found myself wishing that the main stories would end and we could focus more on bit players like Klepto Kid (who is often in the background stealing stuff including a cop car at one point), the band members, and Yearbook Girl (a girl trying to get everybody in her class to sign her yearbook). Can’t Hardly Wait is at its best when the background characters get to shine (it helps that many of these bit roles were played by actors who would eventually become stars).

For TV fans (especially those who enjoy shows from the early to mid ’00s), one fun game you can play while watching Can’t Hardly Wait is “spot the now famous actor.” This movie’s cast includes so many actors that would eventually become big or at least recognizable TV stars, often in very small roles. One minute, you’ll see Donald Faison (Turk from Scrubs) playing drums in the band. The next minute, you’ll see a blink-and-you-missed-it scene with Amber Benson (Tara from Buffy the Vampire Slayer). Jason Segel, Freddy Rodriguez (Six Feet Under, Bull), Jaime Pressly (My Name Is Earl), Marisol Nichols (24, Riverdale), Selma Blair, Sara Rue (Less Than Perfect), Jenna Elfman (Dharma & Greg), Breckin Meyer (Road Trip, Rat Race), and Melissa Joan Hart are just a small sample of the actors you’ll almost certainly recognize. Almost all of these were appearances before they were stars, not cameos by already known actors (and half of them are uncredited roles). Unless you are paying extremely close attention, it’s likely you’ll miss at least a few of these well-known names on your first viewing. There are very few films that can compare with the collection of talent that Can’t Hardly Wait assembled. You could almost put together an entire TV schedule with just the shows these actors would go on to star in.

This is the second time Can’t Hardly Wait has been released on Blu-ray. It was originally released by Sony in 2008 as Can’t Hardly Wait: 10 Year Reunion Edition. Ten years later, Mill Creek Entertainment is releasing it again, this time as the “20 Year Reunion Edition.” While I don’t have the “10 Year Reunion Edition” to compare this version to, based on reactions from others on the internet, these two releases seem to be very similar both in terms of audio and video quality and bonus features. However, the original Blu-ray release of the film appears to have been long out-of-print. It’s not particularly expensive on Amazon but considering this new version contains everything but a trivia track and a quiz about the ’90s, this is probably the release to buy.

Overall, I would say the video quality on Can’t Hardly Wait: 20 Year Reunion Edition is pretty solid. It has one thing working for it, and one against it. While it is a relatively new film and thus can look pretty nice on Blu-ray, it is also a teen comedy which isn’t exactly a genre you need to watch in high definition. The video quality is absolutely acceptable (if not even good) for the genre. Plenty of bonus features add to the value including two different commentary tracks (featuring the cast and filmmakers), two featurettes, deleted scenes, and more. However, none of these are new bonus features, they all have been released before.

Can’t Hardly Wait came out a few years before I was in high school, but I enjoyed it enough anyway thanks to the myriad of appearances by many soon-to-be TV stars and the many small but funny moments the film provides. I wouldn’t say it is one of the best teen comedies of all-time (like some claim it is), but I would say it is worth watching if you like the genre and grew up around the time this was released. In terms of purchasing Can’t Hardly Wait: 20 Year Reunion Edition, it is likely worth upgrading from DVD but if you already own the 10 Year Reunion Edition Blu-ray, there is no reason to do so since it is pretty much the same release. Recommended.