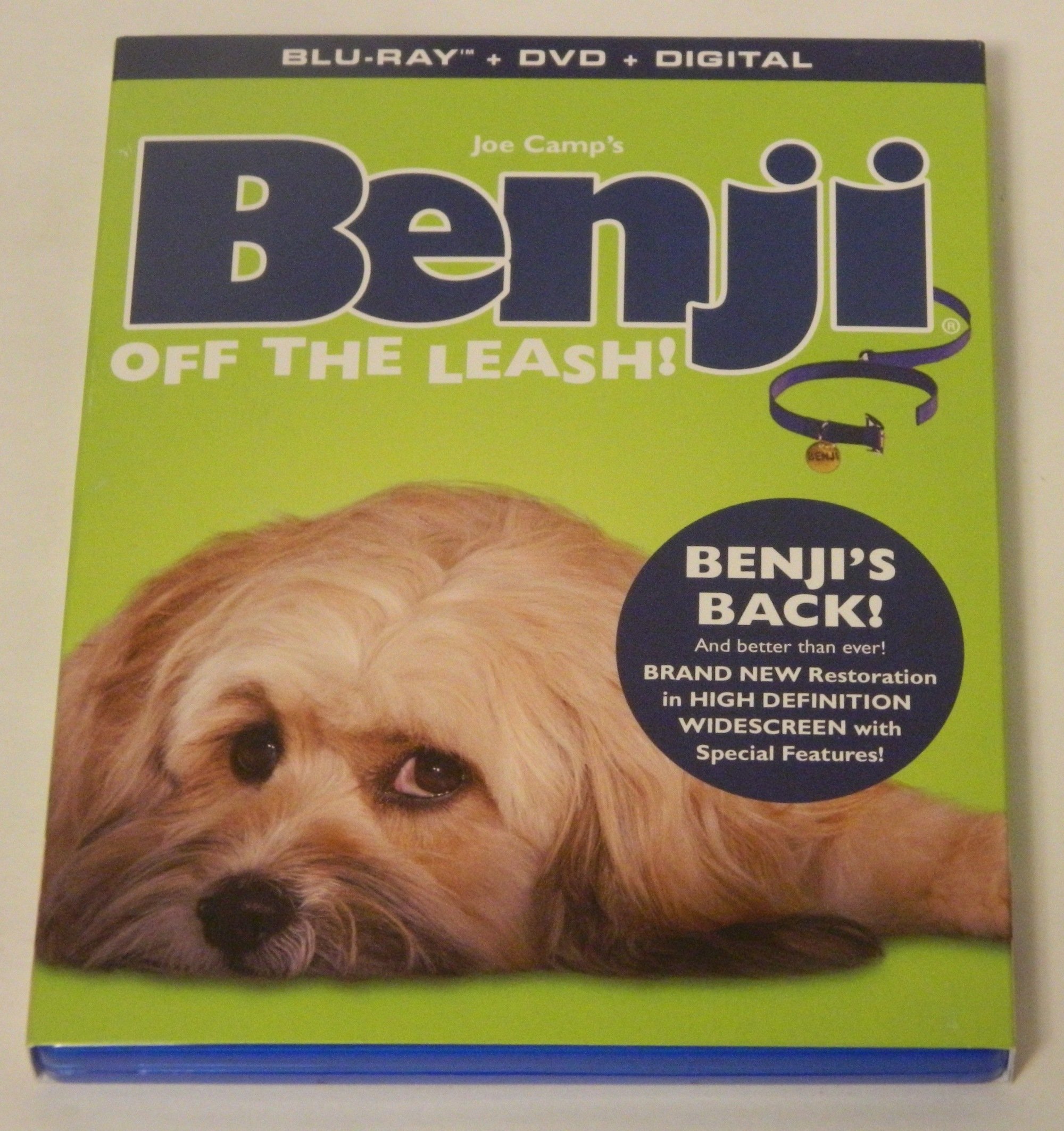 Over the last year, I have reviewed almost the entirety of the Benji back catalog (everything except for some cameos, the Disney film, and the new Netflix movie). At least on IMDB, Benji: Off the Leash! is by far the least loved film in the series. Because of that, I wasn’t really expecting much from this 2004 film but I wanted to give it a shot anyway. I figured it would be another step down from For the Love of Benji and Benji’s Very Own Christmas Story, which were already quite mediocre. Shockingly, I actually enjoyed Benji: Off the Leash! the most of any of the Benji films I’ve seen so far (even the original). The film is funnier, cuter (though the dog playing Benji isn’t quite as adorable as the ones in the older films), and has a much more cohesive story. It also doesn’t rely on repeating the same three or four adorable scenes over and over again to get the run time up to an acceptable level. I have no idea why the IMDB rating on this film is so low, it is a legitimately good film that I enjoyed a lot more than even the original Benji film.

When Benji: Off the Leash! was released, it was the first film in the series in seventeen years. The series had stagnated (even though it got the benefit of help from Disney for the prior film) and this was an attempt to reboot the series for a new audience. Unfortunately, the reboot attempt failed and the film only grossed $3.8 million, leading to another long series hibernation until Netflix released a new film this year. Benji: Off the Leash! starts off with various radio broadcasters letting us know that filmmakers are looking for a new Benji for their new film (how meta of them). We are then introduced to a teenage boy named Colby, whose father is an abusive dog breeder (he basically runs a puppy mill in his backyard). Colby loves animals and takes in those abused by his father and others (including a funny cockatoo and a mutt his father keeps wanting to kill because it won’t make him any money). Colby steals the mutt (who we eventually find out is Benji) and secretly cares for him for months. While all of this is going on, two animal control officers are investigating Colby’s father and are constantly running into a mischievous dog (who they call “Lizard Tongue”) who always outsmarts them and gets away. With their investigation going nowhere, Benji (with the help of “Lizard Tongue”) must help free his quickly sickening mother from the puppy mill.

The first thing I want to talk about is the story. While there are certainly some cheesy moments and it isn’t a particularly original plot (dogs try to stop an evil animal breeder), the story is still about ten times better than any other Benji film I’ve seen so far. That isn’t really saying much as the earlier films in this series didn’t really have much of a plot to begin with but the addition of a cohesive story still helps this film a lot. Since more time can be spent on the story, that means less time has to be spent repeating the same footage over and over again (like in the original Benji) or concocting ridiculous plot points as an excuse for Benji to do cute things (For the Love of Benji). I’m sure some people prefer the more slow-moving, relaxing original Benji film, but I prefer a film with an actual plot like this one.

There is actually a lot happening in this film and while the non-Benji content is pretty prevalent, there is still plenty of adorable Benji footage included. We even get to see him as a cute little puppy (unfortunately this is only a very short segment). Strangely though, Benji isn’t even the cutest dog in this film. That honor goes to the mischievous “Lizard Tongue” who constantly gets laughs with his antics. “Lizard Tongue” is adorable and actually manages to steal the show from Benji when he is on the screen. Between the two dogs, there are more cute moments in the first fifteen minutes of this film than the entirety of For the Love of Benji or Benji’s Very Own Christmas Story. The bird (Merlin) is also a fun addition that is used sparingly but still adds some humor to the proceedings.

One area of the film that I could see a lot of people hating is the inclusion of the two bumbling dogcatchers. They are your stereotypical morons who are constantly messing up and hurting themselves in slapstick ways. I’m sure a lot of adults will be annoyed by these two characters but I strangely enjoyed them (it helps that they wind up being actually important to the plot and aren’t just there to make a fool of themselves). I do like slapstick comedy though so that’s probably part of the reason. Kids should also get quite a few laughs from these characters. However, if you are an adult who doesn’t like slapstick, prepare to roll your eyes often at the antics of these two animal control officers.

Since Benji: Off the Leash! was released in 2004, this film actually looks pretty nice on Blu-ray. It was certainly a low budget film but since it is much more recent than other Benji films, it is also helped a lot more by the upgrade to high-definition. This certainly isn’t the type of film you need to see in Blu-ray quality, but it is a pretty significant upgrade. Bonus features include an audio commentary, behind the scenes featurette, and trailers.

Buy Benji: Off the Leash! on Amazon: Blu-ray + DVD

Pros: Cons: Amazon: Buy Benji: Off the Leash! on Amazon