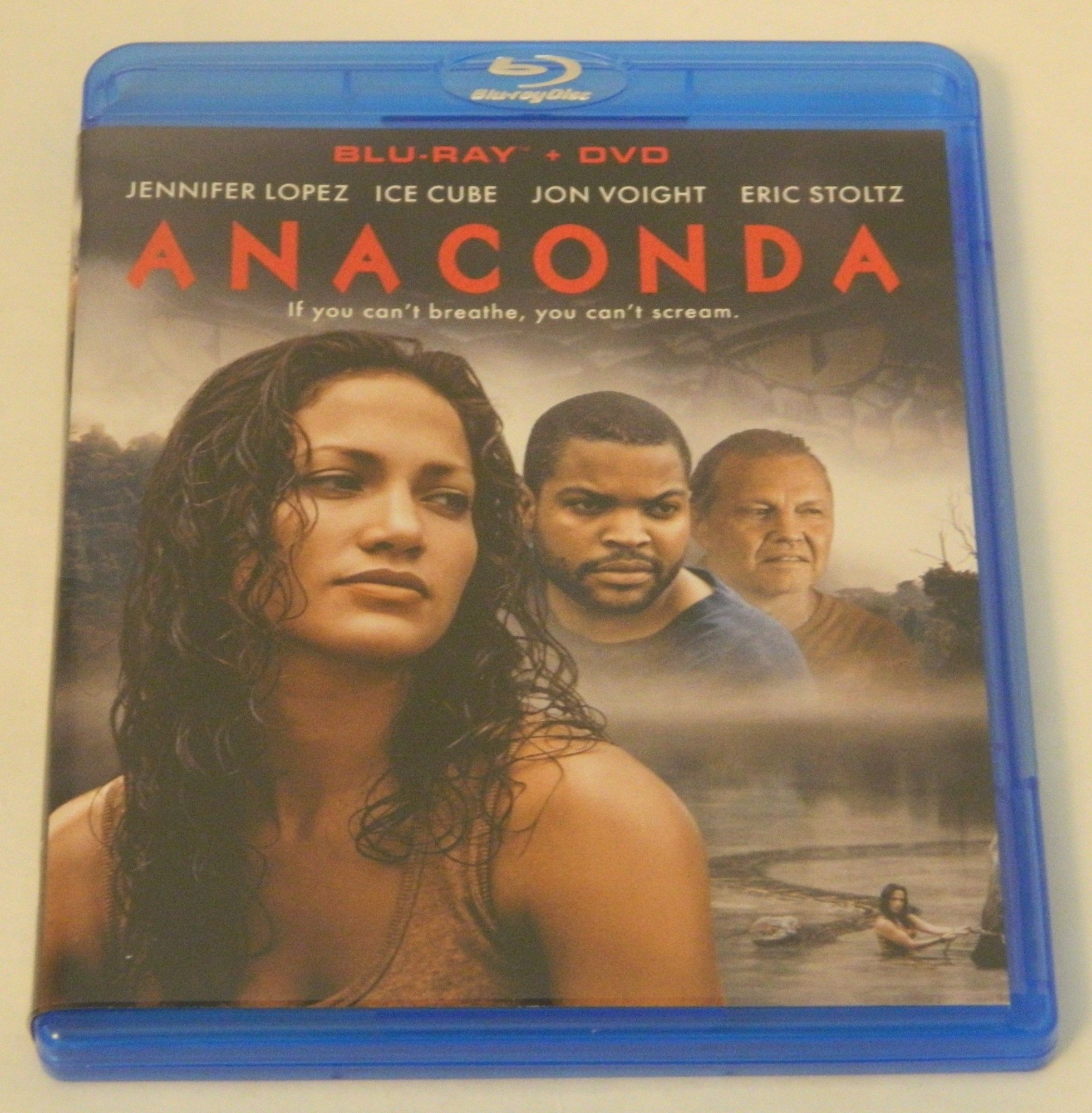 While the reviews for Anaconda on Rotten Tomatoes and IMDB are quite harsh, the film has gotten a bit of a cult following from B-movie fans. While I had never seen Anaconda before I received it on Blu-ray for review, you likely know that I am always on the hunt for hilariously bad B-movies to watch and this film appeared to check all of the boxes for potential riffing greatness. Ultimately though, I actually found Anaconda to be a better film than I was expecting it to be (though still slightly below average). Outside of the performance of one actor, some cheesy special effects, and a few funny moments though, I felt it came up a bit short on the B-movie side of things. Anaconda is watchable both as an actual film and a B-movie, but it certainly wouldn’t be one of my first choices for either.

Anaconda is sort of a mix of an adventure film and a creature feature and focuses on a documentary film crew as they head down the Amazon River to try to interview an indigenous and uncontacted tribe known as the Shirishamas. While sailing down the river, they come across and help a stranded snake hunter (Jon Voight), who happens to know where the tribe is located. Little do they know but the snake hunter is on the hunt for a giant anaconda and that he will do anything to steer the crew in the direction of his snake (even putting the crew in severe danger to do so). Anaconda features several well-known actors in some of their earlier roles. These stars include Jennifer Lopez, Ice Cube, Owen Wilson, and Danny Trejo (in the opening scene only). Despite a poor reception from critics, Anaconda would go on to be a box office success which has since spawned four sequels and crossovers.

By far the main highlight of Anaconda is the campy performance of Jon Voight. The psychotic character he plays in this film is absolutely perfect for him. He’s always been known as an over the top actor and he really chews the scenery in Anaconda. One of the reasons he stands out so much is that despite the well-known actors in this film, none of their characters are very interesting, making a campy, cheesy villain like him stand out even more.

The other major thing Anaconda has going for it is the cinematography and scenery. The film was actually partially shot in Brazil and it shows. For the armchair explorers out there, Anaconda almost feels like you are actually floating down the Amazon River in search of unexplored terrain. Between Voight’s campy performance and the excellent cinematography, that’s the start of a great movie.

Unfortunately, other than those two elements the rest of Anaconda is average or even below average. The characters are boring with no real distinguishing features that make them any different than stock characters (outside of Voight’s character of course). The plot is dull, contrived, and even though the film’s run time is only 89 minutes, it still somehow manages to feel slightly too long. The special effects aren’t awful (for 1997 at least) but they certainly aren’t anything to write home about. The death scenes are all pretty repetitive though, with many of them feeling almost identical to each other. One thing that really disappointed me was the cast list inclusion of Scooby-Doo voice actor Frank Welker as the anaconda. Based on this, I thought the snake was going to talk which would up the cheesiness factor significantly. Why else would you cast a well-known voice actor? Unfortunately, Welker only provides sound effects for the snake, which is the biggest disappointment this film provides (at least in my book).

Many people consider Anaconda to be one of those “so bad, it’s good” B-movies. There are some campy performances and cheesy moments but at least in my opinion, they are too few and far between to make Anaconda a top choice for riffing. There are so many more riffable films out there than this. On the other hand, Anaconda also didn’t deserve the six Razzie Awards it was nominated for. Ultimately, the film is just a mediocre release that is watchable, but not particularly exciting, memorable, or entertaining to riff on. The film is about as average as can be.

Visually, Anaconda is impressive due to shooting on location in Brazil. However, does the video quality help spotlight the excellent cinematography? I would say the Blu-ray video quality is decent, but unspectacular. The film overall does look nice on the format but there are definitely some noticeable imperfections as well. This is the kind of film you would want to watch on high-definition though, even with the movie’s age. Anaconda has been released on Blu-ray twice before, once by Sony and an earlier Mill Creek release in 2014. Unfortunately, as I have neither release I can’t compare the video quality of the three releases. No special features are included on this 2019 Mill Creek Entertainment release (outside of the inclusion of a DVD copy) but neither of the other Blu-ray releases had anything more than trailers for other films in the first place.

While there are a few problems with Anaconda (boring characters, a dull plot, and pretty bad special effects), none of them are enough to prevent those interested in the concept from watching it. In the case of the cheesy special effects, it could almost help some people enjoy the film more. However, at least to me Anaconda is a very mediocre and generic adventure film (with a few creature feature scenes when the snake shows up). I did enjoy Voight’s campy performance and the fact that the movie was shot on location but other than that, it’s quite a run of the mill film, which makes it worthy of the perfectly average rating of 2.5/5. Your decision on whether or not to watch Anaconda relies completely on how interested you are in adventure films and creature features.