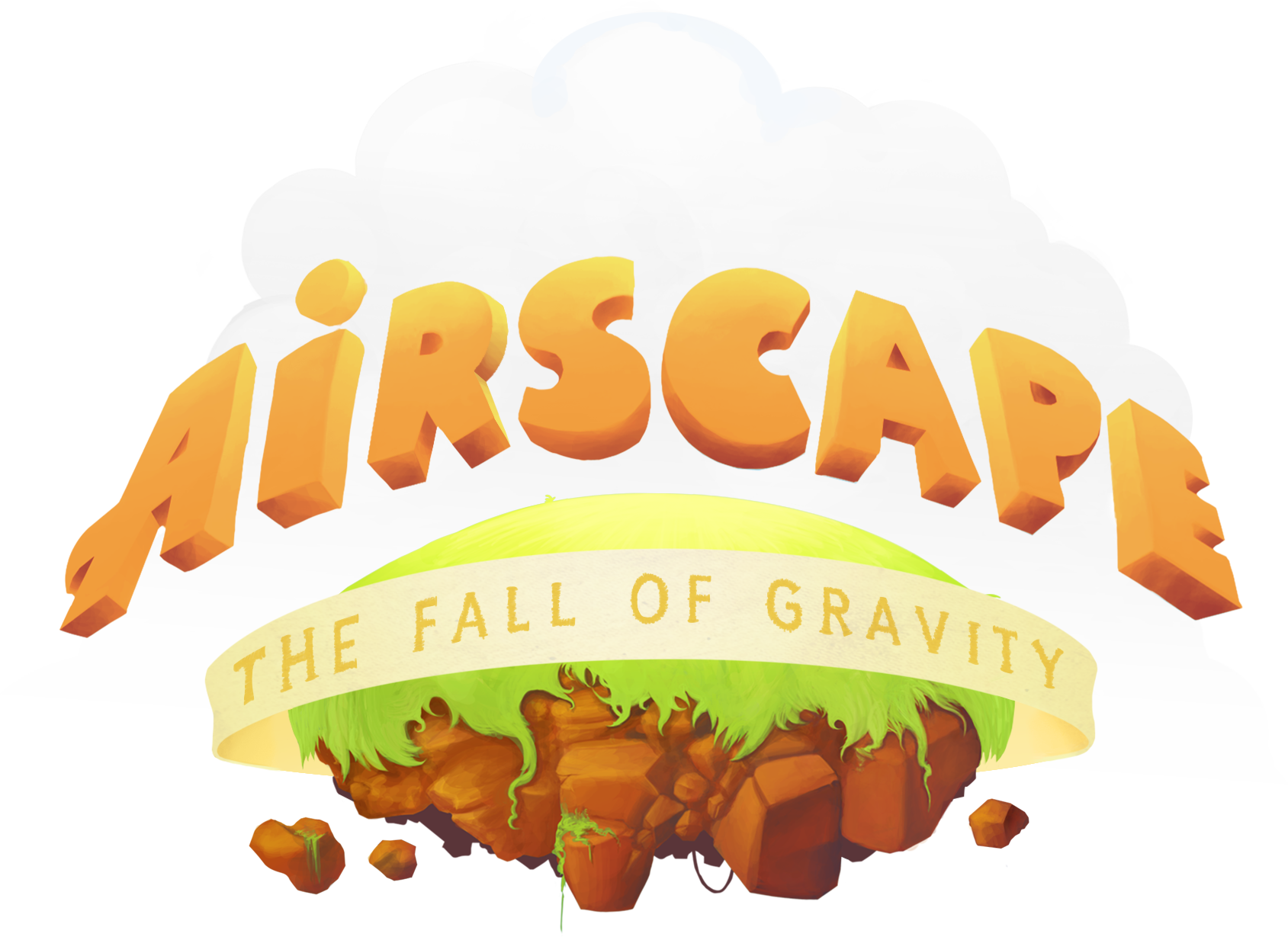 As a long time gamer I have always been a fan of the platformer genre. I would consider the genre to be one of if not my favorite genre of video games. With most AAA developers ignoring the genre, you usually have to look towards the indie video game scene in order to find new unique platformers. Unfortunately with indie developers the quality of these games can vary greatly.

Today I am looking at the game Airscape: The Fall of Gravity made by Cross-Product. With no other titles to their name on Steam, I didn’t know what to expect when I first started playing the game. Due to some great puzzle design, Airscape: The Fall of Gravity is a good/great platformer that unfortunately gets a little too difficult towards the end.

One of the keys to a good platformer or video games in general is good puzzle design. If your puzzles don’t work or are bland, your game is just not going to be very entertaining. A quick way to tell if a game is going to be good is to look at the puzzle design in the early levels. If the game relies on tired mechanics and level designs that you can find in ten other games, the game will likely not be very good. This is not the case in Airscape: The Fall of Gravity.

Airscape’s greatest quality is the level design. While none of the levels are particularly long (probably two or three minutes max without dying), you can tell a lot of thought was put into designing each level. Other than the early tutorial levels, each level has a theme that the level is designed around. The early levels mostly focus on the new mechanics that were just added but as you get further along in the game the levels do a great job of mixing all of the different mechanics already encountered together to create some interesting ideas. The well designed levels make Airscape a joy to play.

In addition to great level design, a platformer needs precise controls and Airscape does a good job in this area. While I died plenty of times in the game, I can’t blame the controls for many of my deaths. At times the character slid a little more than I was expecting but it is nothing that you can’t adjust to over time. The only time this was even an issue was in some of the very tight spaces on a couple levels. Otherwise the controls are responsive which is key since you need precise control over your character in the later levels. I played the game with a controller so I can’t make any comments about the keyboard controls but I am guessing those are also good.

While a lot of the gameplay mechanics are not highly original, they are well developed in the game. The game regularly adds a new mechanic every three to six levels so there is always something new to do. Most indie platformers only have a couple mechanics that they repeat over and over again with little to no variety. That leads to a pretty dull experience. That is not the case in Airscape since the game always adds new things to the formula. The mechanics I enjoyed most in the game involved affecting the gravity on the obstacles as well as the player’s character. The physics in particular are quite good for a 2D platformer especially since the camera/character are regularly rotating as the gravity on the levels change.

One area where the game adds new mechanics is through using different octopuses/player characters on the levels. Once you have beaten certain “boss” levels you rescue additional octopuses that posses different special abilities. For example one moves faster, one can glide in the air longer, one can teleport, and one can even slow down time. These mechanics are interesting and provide some replayability since some players may want to replay some of the levels with different octopuses in order to see if they can improve their times. I wish the game would have let you change octopuses at the checkpoints though since it could have made some of the sections of the game a little easier as you could better utilize the strengths of each octopus.

As I was moving through the first half of the game, I was thinking to myself that Airscape was just the right difficulty. At that point I would have classified Airscape as a medium difficulty platformer. You will die but you can usually see what you did wrong and make the corrections needed in order to beat the level before the level got frustrating. I generally prefer games at this difficulty level. Games that are so easy that they provide no challenge get boring pretty quickly. I also don’t like games that are so difficult that they require precise timing/pattern recognition in order to finish a level. I find these type of platformers to be frustrating since I want to be challenged but I don’t want to repeat the same level over and over again until I can almost play the level without even looking at the screen.

While I found the increase in difficulty to be my biggest complaint with Airscape, being a difficult game is not necessarily a bad thing. I personally would have preferred the game to stay at the medium difficulty of the first half of the game. People who get frustrated easily may have some trouble with Airscape since you need to be patient and be willing to replay the same level over and over again in order to beat some of the levels.

If you like hard platformers though I think you will love the later levels in Airscape. I would consider myself to be pretty good at platformers and I had a lot of trouble with some of the levels in the second half of the game. If you like games like Super Meat Boy and some of the other really challenging platformers, you should really like Airscape.

With most indie platformers you generally can’t expect a very long experience. Usually they only last a couple hours at most. I was expecting the same thing with Airscape but I was pleasantly surprised. As a whole the game has over 60+ levels. While you could technically finish each level in less than three minutes, unless you are an expert you will not even come close to perfecting levels on your first try especially the later levels. In these levels you should expect to die many times before you eventually successfully finish the level.

At this point according to Steam I have played the game for around six hours and I am about 70% complete. I usually wait to review games until I have finished them but I am putting out this review early to make it timely since the game released just last week. Due to the difficulty I mentioned earlier, it would have taken too long to fully complete the game and then do the review. I do plan on continuing to play the game though even after having completed the review.

As a rough estimate I think to complete all of the levels it will probably take around ten to fifteen hours unless you are an expert at platformers in which it will take a little less time. If you want to 100% every level you can probably add at least a couple more hours onto the total length of the game. If you like platformers I can’t see you not being at least satisfied with the length of the game.

Overall I was quite impressed with Airscape: The Fall of Gravity. Before playing the game I was expecting a pretty average platformer. Due to some great puzzle design, good use of mechanics, and tight controls; Airscape is a good/great platformer. For the first half of the game I actually would have considered Airscape one of the better platformers I had played recently. Unfortunately at the halfway point the game got quite difficult and kind of frustrating.

Airscape: The Fall Of Gravity