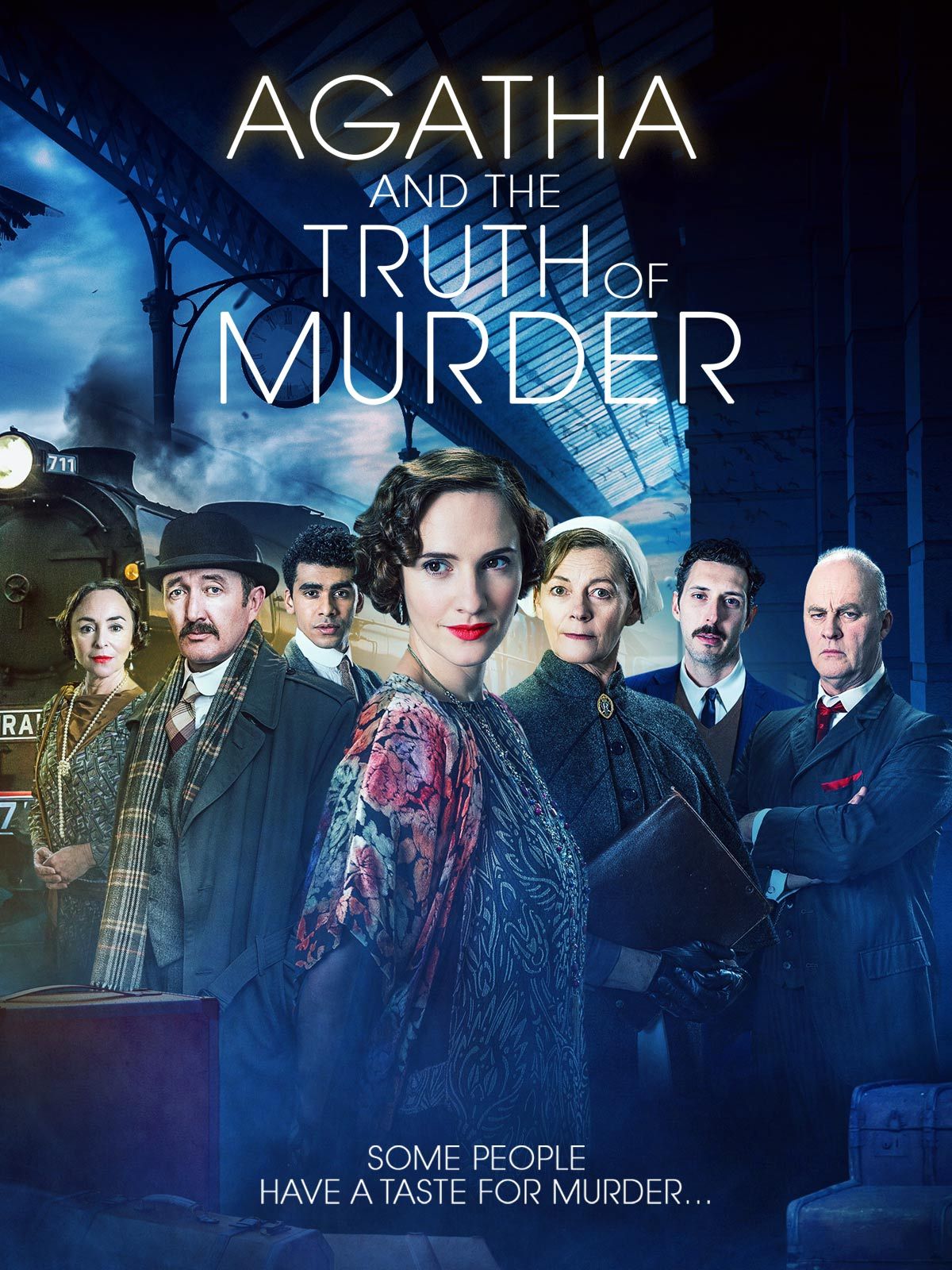 While I have read or seen a film adaptation of only a few of Agatha Christie’s stories, I really enjoyed those mysteries. Agatha Christie was great at crafting interesting and unique mysteries that left you guessing until the very end. I am always up for a good mystery. At the same time I am a huge fan of true stories. When I heard about Agatha and the Truth of Murder I was intrigued. What was interesting about the movie was that it put Agatha Christie into the role of the detective trying to help solve a crime similar to those in the stories she wrote. The movie originally aired as a TV movie in the United Kingdom on Channel 5 in December of 2018 and made its debut on Netflix in January of 2019. With the movie being released in the United States on VOD on April 7th, 2020 and DVD on April 21st, 2020; I decided to check it out. The premise behind Agatha and the Truth of Murder is great and the movie does a lot of things right, but at the end of the day the actual mystery is kind of a let down.

Agatha and the Truth of Murder is a movie very loosely based on true events. In 1926 Agatha Christie went missing for eleven days and no one knows for sure what happened. This movie takes this historical context and crafts a movie about what made Agatha go missing for those eleven days. Before her disappearance Agatha was having troubles with her writing and her husband was wanting a divorce. One day Agatha is approached by a woman named Mabel Rogers. Mabel’s partner Florence Nightingale Shore was murdered on a train several years back and the murderer was never found. Due to Agatha being a famed mystery writer Mabel asks her to help her solve the case and bring the murderer to justice. While reluctant at first Agatha eventually agrees to help. In order to investigate the crime Agatha takes on a secret identity and gathers all of the suspects at a country home by pretending that they are in line to collect a portion of a large inheritance. Will Agatha Christie’s mind for creating a good mystery help her in actually solving a murder?

As I mentioned at the beginning of this review the premise behind Agatha and the Truth of Murder is pretty interesting. The movie is kind of a blend between real life and fictional elements. Basically everything that happens before the case begins is true to a degree. The murder itself happened as well as Florence Nightingale Shore was killed while riding on a train. Even the national search for Agatha Christie after she went missing was true. Where the movie drifts into the realm of fiction is when you get to the actual mystery. The murder actually happened, but the details of the actual case were created in order to serve the movie’s fictional murder mystery. I think the movie shouldn’t have based the mystery on a real murder, but otherwise I thought this was a really interesting premise. The idea of taking a real person known for writing mysteries and inserting her into a fake mystery similar to the type of mysteries she wrote is a clever premise.

The one thing that concerned me a little about the movie was the fact that it was created as a TV movie. While there are some good TV movies, I would say that a lot of them aren’t all that great. TV movies usually suffer because they have considerably smaller budgets and not as much time is put into creating them. This usually leads to a movie that feels rushed and you can tell where corners were cut. In a lot of ways Agatha and the Truth of Murder doesn’t fall into the same traps as your typical TV movie. The movie’s locations are kind of limited which is where it probably saved money. With the movie being set in the 1920s though there is a decent amount of work that went into making the movie period authentic.

The other thing that I was surprised by was the acting. TV movie acting is not always the greatest. I thought the acting in Agatha and the Truth of Murder was quite good though. I think Ruth Bradley did a good job in the main role of Agatha Christie. The other acting is quite good as well. Basically the overall story is what you would expect from an early 1900s British murder mystery, and is pretty similar to Agatha Christie’s writing. The movie does a good job setting up everything needed for a good mystery. There are a lot of things that the movie does really well.

Unfortunately the mystery itself doesn’t live up to the rest of the movie. The mystery is not terrible and it makes sense. The problem is that it is just kind of boring. The mystery is pretty straightforward as there really are no huge twists. The solution is not obvious as you actually have to be good at deduction in order to solve it. Not much happens in the mystery though. There are a couple snags along the way, but the mystery kind of just solves itself. The movie kind of lacks that slow buildup that I like in a good mystery. The solution is not terrible, but I was left kind of disappointed. I think the mystery could have been better thought out and had some more twists. The mystery doesn’t ruin the movie, but it prevents the movie from reaching the heights that it otherwise could have.

At the end of the day there were a lot of things that I liked about Agatha and the Truth of Murder. The premise was really interesting combining truth and fiction as Agatha Christie was made into a character trying to solve a mystery similar to the ones she wrote about. The production quality for the TV movie was far better than I was expecting. The acting was quite good and the whole framework of the movie had a lot of promise. Unfortunately the movie was let down by the mystery itself. The mystery is not terrible, but it is just kind of boring as not a whole lot happens in it. Agatha and the Truth of Murder would have been a better movie if it had a stronger mystery.

Buy Agatha and the Truth of Murder online: Digital

Agatha and the Truth of Murder