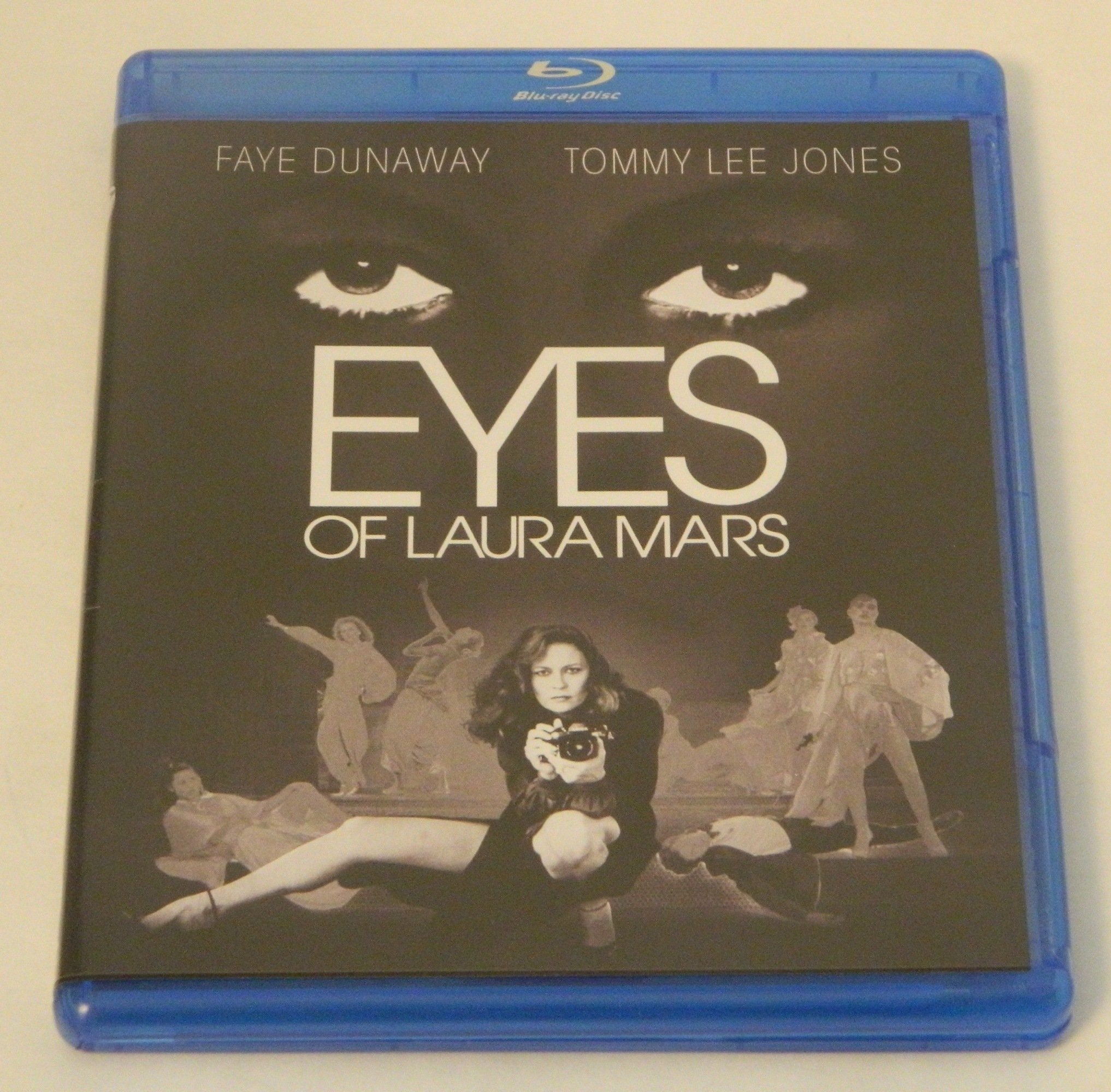 I will admit that I had never heard of the movie Eyes of Laura Mars until recently. The movie came out around a decade before I was born so that probably had something to do with it. While I had never heard of the movie before when I saw the premise I was intrigued. Being a fan of sci-fi and thriller movies I found the premise to be really interesting. A woman with the psychic ability to see through the eyes of a killer sounded really interesting. I have seen plenty of movies that wasted good premises though so I hoped the movie could take advantage of it. Eyes of Laura Mars has a great premise that occasionally works, but it is mostly wasted leading to a pretty slow movie.

Laura Mars is a successfully and yet controversial photographer known for taking erotic photos that glorify urban violence. In addition to being a successful photographer Laura Mars has a strange psychic ability to see murders as they happen like she is looking through the killer’s eyes. A string of murders is rocking the city of New York. The murderer seems to be targeting people connected to Laura Mars. Due to this connection and the fact that there is a striking similarity between some of Laura’s pictures and classified police photographs, detective John Neville starts to investigate what is going on. Will Laura and John be able to figure out what is going on before the killer strikes again?

As I mentioned at the beginning of this review, the main reason why I was interested in the film was due to the film’s premise. While I am assuming there have been other films/shows where a character can see through the eyes of a killer, I thought the premise was really interesting. It was a unique way to combine the sci-fi and thriller genres. I thought this premise could have been used for a suspenseful thriller with a clever twist at the end. At times the movie uses the premise well to create an interesting thriller as you don’t know who the killer is going to kill next. The movie is also shot well and the acting is pretty good.

While Eyes of Laura Mars had a lot of potential, in the end it was kind of disappointing in my opinion. The movie just never takes full advantage of the premise. This ultimately leads to the movie being kind of boring. There are interesting parts but the movie for the most part moves pretty slowly. I think there were two things the film could have done to fix this problem.

First the movie could have added a little more action. For a movie that has a person who sees through the eyes of a killer, there isn’t a lot of action in the movie. I attribute this partially to the time period as the film was created back in 1978. Movies created in the 1970s didn’t have as much action as films created today. The movie was never going to be filled with shootouts or explosions. The movie could have shown a little more energy though as the movie is about trying to catch a serial killer. Instead for a decent amount of the film you wouldn’t even know that there was a serial killer on the loose.

As the movie doesn’t feature a lot of action, I thought the Eyes of Laura Mars could have focused more on the mystery of the identity of the serial killer. Unfortunately the mystery is not that fleshed out. I think the movie could have been pretty good if it was presented as more of a mystery that you had to figure out. The movie doesn’t really offer a lot of clues as it doesn’t focus a lot of time on giving you clues to figure out who the killer is. The movie could have used the killer’s vision to hide some really clever clues, but as far as I could tell it doesn’t really take advantage of the opportunity. Even with the movie not giving you a lot of clues, it was pretty easy to figure out who the killer was. Without spoiling it I figured out who the killer was pretty quickly.

As far as the Mill Creek Entertainment Blu-Ray release it does a solid job. I am far from an expert on video quality but I would say that it is pretty average. It clearly doesn’t look as nice as new releases, but you can’t expect that from a film released over 40 years ago. The picture quality is about as good as you could expect without a full remaster. As far as special features the Blu-Ray only comes with one. It includes an audio commentary by the director Irvin Kershner.

At the end of the day Eyes of Laura Mars is a pretty average film. I was initially interested in the film because the premise sounded really interesting. Creating a thriller around a person who can see through the eyes of a serial killer sounded really interesting. At times the movie does a pretty good job with the premise. Unfortunately the movie also kind of wastes the opportunity leading to a film that is kind of boring. I think the movie either needed more action or a better mystery. Eyes of Laura Mars is not a bad film but it could have been quite a bit better.

If you don’t find the premise to be that interesting I would probably pass on Eyes of Laura Mars. People who think the premise sounds interesting though and don’t mind a slower 1970s films could get some enjoyment out of the film.

If you would like to purchase the Eyes of Laura Mars Blu-Ray you can find it online: Amazon