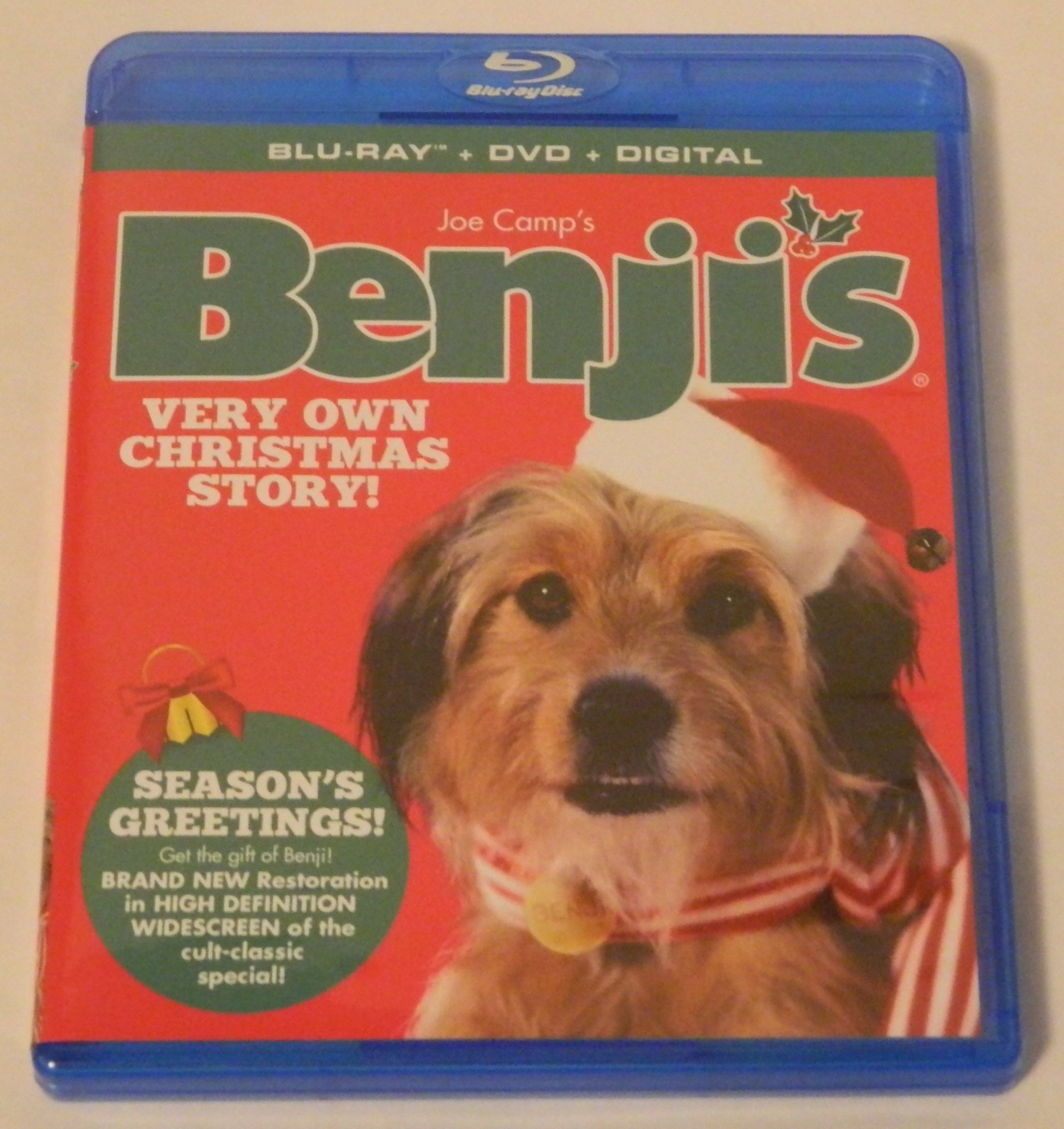 While this Christmas special is technically named Benji’s Very Own Christmas Story, to be honest it probably should have been titled something like Santa Claus Around the World or Patsy and Cindy’s Very Own Christmas Special instead. I have no idea if Benjean (the dog portraying Benji in this special) was freaked out by the elves and other Christmas decorations on the set or she was getting up there in age and couldn’t be as active, but she is literally carried for almost the entire special. This Christmas special is more about Kris Kringle and his many different iterations across the globe than it is about Benji. To be honest, this special could have been titled pretty much anything else and it would make just as much sense. For a Benji Christmas special, there sure isn’t a lot of Benji in it. That doesn’t mean this special is terrible (as there are definitely a few solid positives about it), it just really isn’t a Benji special except for its name.

Benji’s Very Own Christmas Story takes place in Switzerland where Patsy Garrett, Cindy Smith, and Benji (all playing themselves instead of their characters for some reason) are currently on a Benji promotional tour. They are going to be the grand marshalls in the local Christmas parade but their float driver has some people he knows who really want to meet Benji before the parade. They agree to visit them but are shocked when their driver turns out to be the actual Kris Kringle and that he has taken them to the North Pole to meet the elves. While there, Kris shows off all of the different costumes he uses for the different countries that believe in him and lets them know that he won’t be able to make his rounds on Christmas this year due to a “broken leg.” Kris also performs a lengthy musical number about Christmas in other countries. Of course, it is up to our heroes to make Kris regain his Christmas spirit.

Notice how none of this really features Benji. Yeah, he’s there (almost always being carried by Cindy) but outside of running up some stairs one time and sitting on a table looking adorable, he is basically a background extra. If you are only interested in this Christmas special for Benji, it probably isn’t even worth watching. Whereas films in this series are usually 90% Benji, 10% other characters, this one is completely vice versa. However, I will say that Benji’s Very Own Christmas Story does a really good job at one thing; showing kids how Christmas and Santa works in other countries. For that reason, this Christmas special does have some value (more so as a Christmas special than a Benji special). It might even do it better than any other Christmas special I’ve seen so far. Also a positive, the musical portion is quite catchy (though also adorned with a bit of casual racism in terms of the elves’ outfits and actions).

Even though this Christmas special has next to nothing to do about Benji, I did still enjoy it. The biggest problem with this release is just the fact that it doesn’t really justify an individual Blu-ray release (as it is only 25 minutes long). I get why Mill Creek Entertainment released it separately since Christmas DVDs clearly sell very well considering how many releases are put out each year in November and December. However, I don’t really think there is enough content here to justify a purchase at full price. Benji’s Very Own Christmas Story does come with a few bonus features but almost all of them were included on the first Benji Blu-ray release. Mill Creek probably should have held Benji at Work and The Phenomenon of Benji for this release to add some more value. If you are interested in this release, you probably already own the Benji Blu-ray release so these are pretty much pointless (unless you are interested in it because you are mainly a fan of Christmas specials). The only other extras included are “Benji Movie Memories” (two minutes of clips of Benji being cute with a bit of behind the scenes footage), a photo gallery, and trailers for Benji, For the Love of Benji, Benji: Off the Leash!, and this Christmas special. If you don’t own the Mill Creek Benji Blu-ray release, these extras are probably enough value to make it worth a purchase. One thing that could make Benji’s Very Own Christmas Story worth a purchase even though it doesn’t have a lot of content, is the fact that Mill Creek’s releases can often be found for $8-9 on Amazon. At that price, if you are a big fan of this Christmas special it certainly could be worth purchasing even with how short it is.

In terms of the video quality on this release, for once I was actually able to compare it to a prior release as I did own Benji’s Very Own Christmas Story on DVD. I was definitely able to see a pretty significant upgrade with the Blu-ray (it apparently got a brand new restoration). However, I wouldn’t exactly say that this release looks great on Blu-ray. The video quality can be pretty good at times but in other scenes, it barely looks like Blu-ray. Considering the colorful Christmas sets used in this special, video quality is actually somewhat important for this. Overall, I would say that this release is definitely an upgrade over the DVD but the new restoration isn’t super in-depth. As a ’70s TV special, it probably isn’t even possible to restore it much more than they did though.

Even though there isn’t much adorable Benji content in this special, Benji’s Very Own Christmas Story is a very watchable Christmas special that does a good job of showing the different versions of Santa Claus to kids. I do wish Mill Creek would have done one of two things with this release though. They either should have held the two other TV specials as an exclusive for this release or they should have just included this as a bonus feature on one of their other Benji Blu-ray releases. However, it may still be worth purchasing if you fit into a few different audiences. First of all, if you don’t have the first Mill Creek Benji Blu-ray release, those extras can help add enough value to make it worthwhile. Also, if you aren’t a Benji fan but love Christmas specials, this could definitely be worth a purchase as it is better if you think of it as a Christmas special rather than a Benji special. Benji’s Very Own Christmas Story is a solid (though unspectacular) Christmas special, I’m just not sure if it is worth full price when it is only 25-minutes long.

Benji’s Very Own Christmas Story was released on Blu-ray on November 6, 2018.