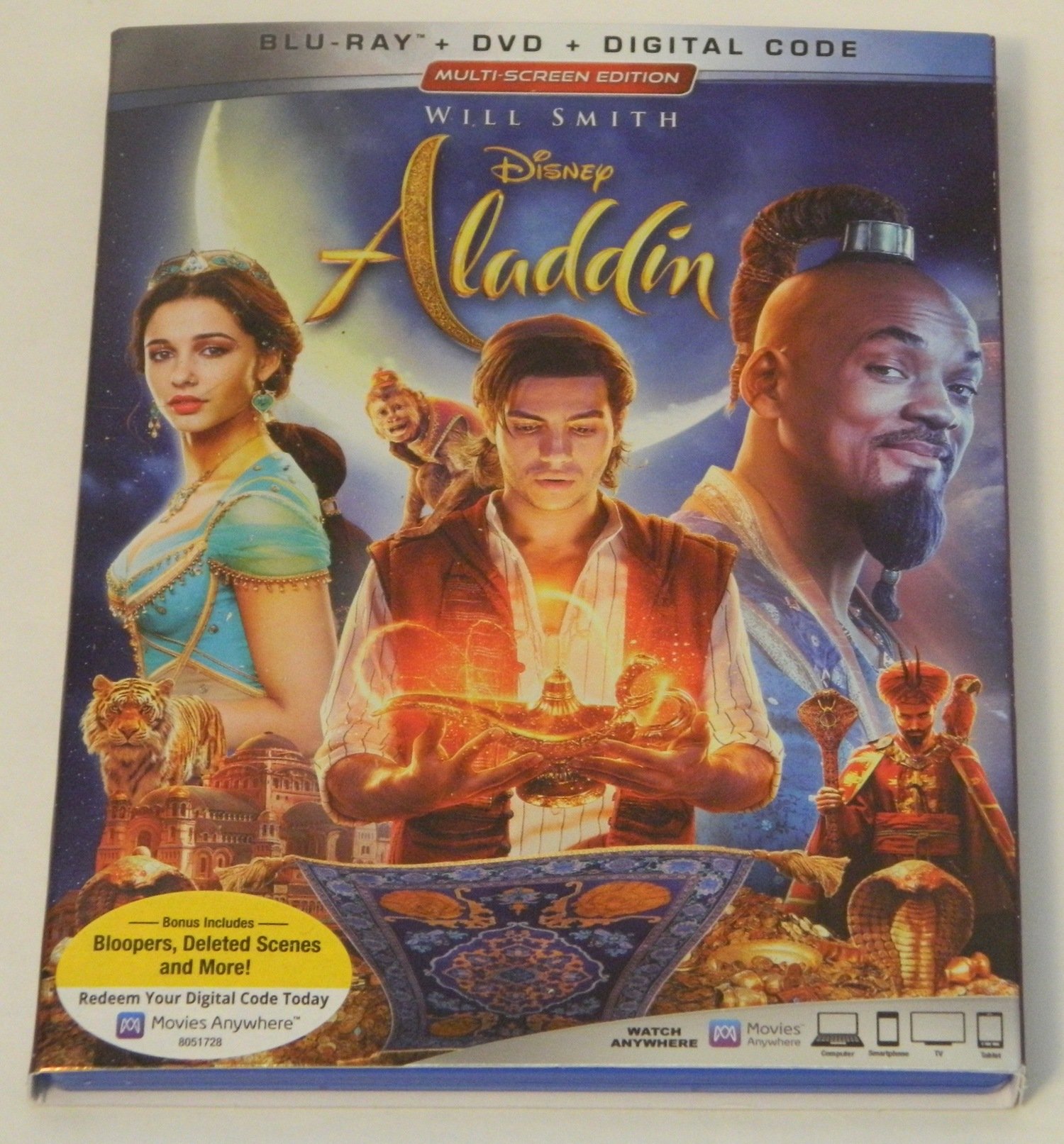 When I was a kid one of my favorite Disney animated films was the 1992 animated version of Aladdin. From the catchy songs to the movie having more action than your typical Disney animated film I really liked Aladdin. It also probably didn’t hurt that the movie was released when I was quite young. With Disney’s current obsession of remaking every one of their classic animated movies, it didn’t surprise me at all that Aladdin would eventually receive a live-action adaptation. I didn’t know exactly what to expect from it though. I have generally liked the live-action movies more than most people, but most of them have failed to really differentiate themselves from the original films. I was also a little skeptical about how they would be able to translate the Genie scenes to live action. The 2019 version of Aladdin fails to live up to the 1992 animated version of the film, but it is still an entertaining film and one of the best of the recent Disney live-action remakes.

Heading into the 2019 version of Aladdin one of my biggest worries was that it wouldn’t differ much from the 1992 animated version of the movie. This wasn’t helped by the fact that I watched the animated version of the film just a couple days before watching the new version. Be sure to check out our review of the 1992 version of the film. Having seen both versions of the film in pretty close proximity, I have to say that the two films are very similar. Outside of a few slight changes and tweaks the overall story is pretty much the same between the two versions of the movie.

The dividing force between the two versions of the film is the fact that the new version is 38 minutes longer than the original. This means that the new version of the film had to add some new scenes and extend some of the scenes from the animated movie. Most of the new scenes are used to flesh out supporting characters or are used for world building. There are also some additional scenes that are used to further develop the relationship between Aladdin and Jasmine. Most of these scenes don’t drastically change the overall story. They don’t really drag down the film either and are entertaining enough.

I would say a majority of these scenes are given to Jasmine and the Genie. Genie gets an additional plotline that gives the character more of a backstory other than just being Aladdin’s sidekick. I found this plotline to be decent and a fine addition to the film. Jasmine’s additions are more important in my opinion though. One of the issues with the original Aladdin is that Jasmine is almost treated like a secondary character as she is mostly just the love interest. While more powerful than your typical Disney princess from that time period, Jasmine doesn’t really do a lot in the movie. In the 2019 version of the film though they add quite a bit more strength to the character of Jasmine which is an improvement in my opinion. This includes a new song specifically for Jasmine. The song is pretty good, but it doesn’t reach the level of the original songs.

Another improvement in the 2019 Aladdin is that it seems to do a better job than the 1992 version of the film with regards to the stereotypes. The cast and characters in the 2019 version of Aladdin are considerably more diverse. It seems like a lot of the more stereotypical aspects of the 1992 version have been improved as well. I don’t think the 2019 version of the film is perfect in this area either, but I think it is a considerable step in the right direction.

Other than the added scenes I would say that the biggest change between the two versions of the film is that the 2019 version feels a little more grounded in reality. This was to be expected as there are things that you can do in animation that either don’t work in live-action or will look really strange. This is most prevalent when it comes to the Genie. I will say that the Genie is wackier than I expected, but he is considerably more grounded than the animated film. These changes don’t drastically change the story, and are an interesting twist on the animated version.

Speaking of the Genie, how the film would handle the character was one of the main reasons I was skeptical about the remake of Aladdin. Outside of the fact that the live-action movie was never going to be able to go as over-the-top as the original movie, I didn’t know how anyone could compare to Robin Williams’ performance as the Genie. I like Will Smith and he does a great job in the role. Unfortunately his Genie does not quite live up to Robin Williams’ Genie. I can’t really fault Will Smith as it was a tall task. Will Smith basically does the best job he could do with the role, and it is probably the best you could have done with the role in a live-action adaptation. Will Smith plays the role similar to the original but with a more grounded modern take. This is the one role in the movie that was never going to be the same in the transfer from an animated to live-action movie as the movie being live-action limited what could be done with it.

As far as the acting I would say that it is quite good. Despite not being quite as good as Robin Williams, Will Smith is still the star of the film. He does a good job making the Genie his own. The other actors also do a really good job though. Mena Massoud (Aladdin) and Naomi Scott (Jasmine) do really good in the lead roles. Navid Negahban (The Sultan) might actually improve upon the Sultan from the animated film as he is a more rounded character than the bumbling leader from the animated film. Finally I think Marwan Kenzari does a good job in the role of Jafar. He looks a little young especially compared to the animated version, but he does a good job making the character his own. On top of their acting I also think the actors do a good job with the songs.

For the most part I liked the special effects in the movie. Before Aladdin was released, many people hated the look of the Genie. While at times Will Smith in Genie form looks kind of off, I don’t think it is nearly as bad as the initial internet buzz made it out to be. At times I actually thought the Genie effects were pretty good. I personally thought Iago looked stranger as it is weird seeing a cartoonish character in a much more realistic way. Otherwise I thought the special effects in the movie were quite good. The locales in particular look really good and are stunning at times.

Heading into Aladdin I was kind of concerned that it would be basically a shot for shot remake of the 1992 animated movie. The 2019 version of Aladdin doesn’t drastically change the original story, but it is still an enjoyable movie. Most of the additions to the film are new scenes that add some more time for some of the supporting characters. In particular the film adds some more scenes for the Genie and Jasmine. These scenes do a good job making Jasmine a stronger character. In addition the movie does a good job modernizing the story while eliminating some of the questionable stereotypes from the animated version. While Will Smith deserves a lot of credit for his take on the Genie, it unfortunately doesn’t stand up to Robin Williams’ performance. The biggest issue with the 2019 version of Aladdin though is that it just doesn’t live up to the animated film. It is a good film in its own right, but it will always be a little overshadowed by the original animated film.

My recommendation for the 2019 version of Aladdin mainly comes down to your opinion of the original Aladdin. If you were never a big fan of the animated film, the 2019 version of the film probably won’t be for you. If you really enjoyed the animated version of Aladdin my opinion comes down to whether you want to see a new take on the story. I enjoyed Aladdin and would recommend you pick it up if you enjoyed the original animated movie and would like to see a new take on it.