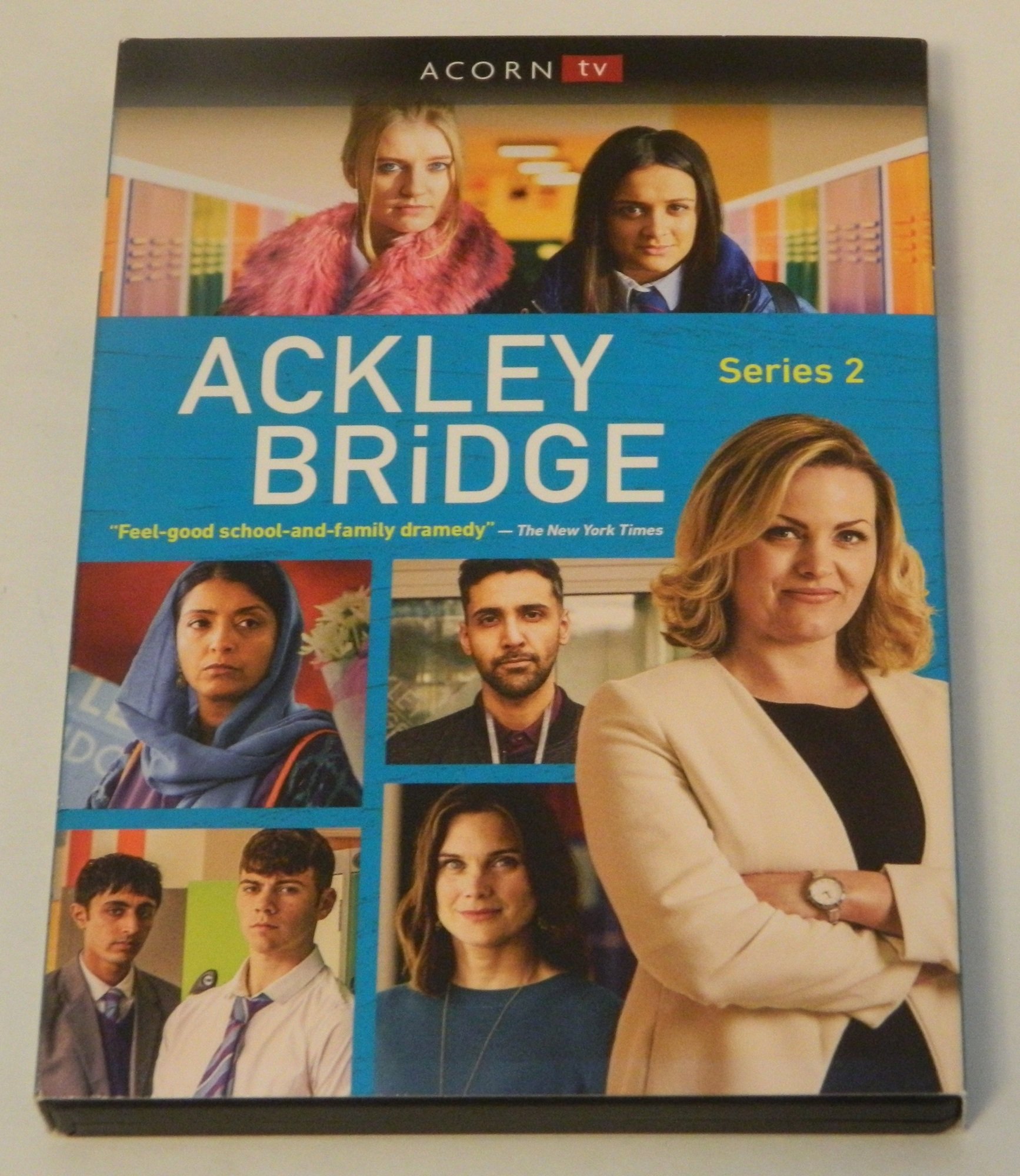 When I was given the opportunity to review Ackley Bridge: Series 2, I hadn’t yet watched the first series. I said yes because I was fairly sure I would enjoy it and then watched the season to get caught up. Unfortunately, I didn’t enjoy the first series of Ackley Bridge nearly as much as I had expected and I was actually often quite bored by it (outside of one truly great episode). Even though I didn’t really enjoy the first series that much, when the second series arrived I decided to give the show a second chance. I’m glad I did because while the second series still starts slowly, Ackley Bridge actually develops into a pretty solid series in its sophomore year. By the end of the season, I was actually starting to look forward to each episode and there are some legitimately great episodes this year. Between the addition of some interesting new characters and a change in the episodic structure, Ackley Bridge: Series 2 shows great improvement over its first season. While I gave most episodes of series one (outside of the great episode 4) a 2 or 2.5/5, most of series two was in the 3 or even 3.5/5 range.

For those of you who have never heard of Ackley Bridge (probably most of you since it is a little-known British series), the first season was about the opening of a new school in a poor English town that houses both a white and a Pakistani immigrant community. This sponsored school was meant to bring the two communities together and improve the lives of the town’s underprivileged children. Like all shows set in schools, the series has a large ensemble cast of students and teachers and focuses on the problems both face. These issues include racism, coming out of the closet as a Muslim girl, poverty, issues at home, and learning problems in the classroom.

While the first series was all over the place, the second series does see a much-needed change to focusing on two or three meatier stories per episode. Instead of featuring all of the students and teachers in almost every episode (thus giving very little time to each story) and jumping around randomly every minute or so, the change to focusing on fewer stories and characters per episode is a good one that really improves the show. The rapid pace was one of my biggest complaints with the first season and that is (mostly) rectified in series two. Also, series two doesn’t just focus on the two communities working together and overcoming racism. While there are still a few episodes on that subject, the show deals more with poverty, being gay as a Muslim, and the relationships between the characters this season.

Another thing that helped Ackley Bridge improve significantly in season two is a shift towards being a proper ensemble series, rather than the Missy and Nasreen show. Nasreen and her hilarious mom Kaneez are still featured pretty heavily but Missy’s content is shrunk considerably. That’s a good thing because at least in my opinion, I find her to be one of the least interesting characters in the series. Missy seemed like the main character in the first series, that seems to have shifted to Nasreen this season. Considering her story is one of the more interesting ones, I have no problem with it and it also gets the awesome Sunetra Sarker (Kaneez) on the screen more so that’s another plus.

Series two also sees the introduction of some great new characters. My favorite is Naveed (who was technically introduced in the last few episodes of the first season), a gay Pakistani whose parents aren’t as accepting of gay people as Nasreen’s are. He has a very interesting story with his good friend Cory Wilson this season and is the focus of episode ten (which also happens to be one of the best episodes of the season). The other nice addition to the series is Tony Jayawardena as the school’s new science teacher Rashid, who is also a potential love interest for Kaneez. He’s the type of teacher that everyone loves to have and his story with Kaneez is a highlight of the season.

Ackley Bridge: Series 2 does still start slow but by the middle of the season it blossoms into an actually good show. It especially gets good in episodes nine and ten, a double-header of interesting stories. Episode nine deals with both poverty and racism in two of the best stories the series has ever had. As mentioned before, episode ten is Naveed’s time to shine and the episode is every bit as good as the previous one. After a weaker episode eleven, the season finale is back to being quite good (and a solid set-up for series three). Considering there was a grand total of one good episode in the first series, season two is a significant improvement in quality. I do think moving from six to twelve episodes might have been a slight mistake though. There is a bit of filler material that could have been cut to make eight or ten really good episodes instead of six or so good/great episodes, a few mediocre ones, and a few below average ones (which are mostly at the beginning of the season).

My biggest problems with the first series of Ackley Bridge was the lack of focus and constant jumping around (mostly fixed in this season), too much Missy (also fixed), the fact that it feels a bit After School Special-like, and how overly dramatic the series is. The last two on that list aren’t quite fixed but there is some improvement in those areas as well. Some episodes do still feel like “very special episodes” but they aren’t nearly as bad as some of the first season episodes. The biggest problem I still have with the show is just how overly dramatic it is. Almost every story goes from 0 to 100 in an instant and the most dramatic choice is picked every time. For example, there can’t just be a rugby injury affecting an athlete’s chances of going to college, they of course have to be stretchered off the field. A person can’t just get stabbed, they somehow die to a small stab to the gut (which I’m guessing is usually not fatal). Sometimes it’s best to leave a little drama off the table to be a bit more realistic and believable.

One thing I will give props to Ackley Bridge for in both seasons is that there are no purely evil or good characters, everybody has at least a bit of a gray area to them. Good characters make mistakes while villainous characters do good things from time to time. I also found myself rooting for characters in archetypes I normally don’t like. For example, the two jocks in the show (Cory and Riz) are actually some of the nicer, more decent kids in this series. Jocks are almost always the villains of school shows, in this one they are actually two of the more likeable characters. Outside of maybe Missy, I would say all of the characters have more depth than your usual stereotypical students that typically occupy school shows like this. Cory is a jock but he isn’t the rich, golden boy type they usually are (in fact he is poor and comes from a messed-up family), Nasreen is the smart girl but she’s also gay, and so on.

Video and audio quality on Ackley Bridge: Series 2 is solid but unspectacular. Most of the scenes inside look perfectly fine but some of the outside ones are less clear. Overall, both categories are about what you would expect from a lower budget British show. In terms of extras, this Acorn release has a 5-minute recap of season one and three featurettes (totaling 37 minutes) about the characters and stories tackled during the season. None of the extras are must-watches but they do add a small bit of value to the package.

To be honest, before watching Ackley Bridge: Series 2 I had pretty much already written the show off as a series that wasn’t for me. Outside of a rocky start to the season, I was impressed by how much the series improves in season two. Most shows improve as they find their voice and style but rarely do they improve as much as Ackley Bridge did between series one and two. The show isn’t for everyone but if you are into school-based shows and don’t mind the fact that it is British (meaning the slang can be tough to follow at first for Americans like me), I would recommend Ackley Bridge: Series 2. Just be warned that season one is a bit on the rough side and might be hard to get through. Recommended.