Normally I wouldn’t give today’s game Elephant’s Trunk (also known as Crafty Badger) even a second glance. Just looking at the game you can tell that it was designed for young children as it has a recommended age of 4+. As I don’t have any young children to play the game with, I am clearly not the target audience. I normally wouldn’t have any interest in the game, but I was a little intrigued due to the fact that the game was designed by Reiner Knizia. Reiner Knizia is arguably the most prolific board game designer of all time as he has designed over 600 board games. With so many games some are obviously better than others, but I generally got at least a little enjoyment out each of his games that I have checked out in the past. This is why I gave Elephant’s Trunk a chance even though it obviously wasn’t made for me. While the game is probably enjoyable for young children and their parents, it has no appeal for anyone else as it arguably isn’t even a game.

How to Play Elephant’s Trunk

While these rules are for Elephant’s Trunk, they should apply to Crafty Badger as well as outside of the theme change the two games appear to be exactly the same.

To begin your turn you will roll the die. What you roll will determine what you do for the rest of your turn. 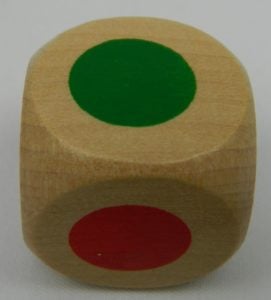 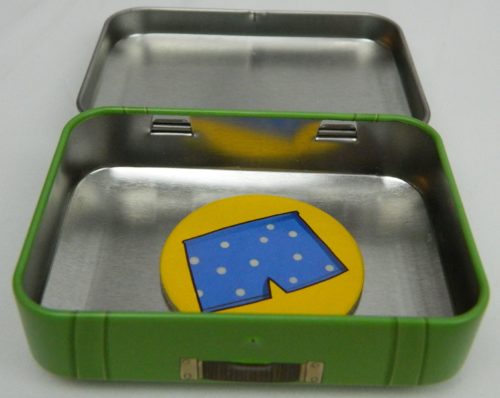 As this player rolled green, they will place one of their pieces of clothing inside the trunk. 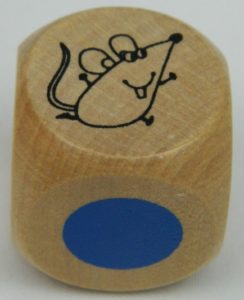 If you roll the mouse, you will open up the trunk that the elephant is currently in front of. You will take all of the tokens from inside of the trunk and place them in front of you. 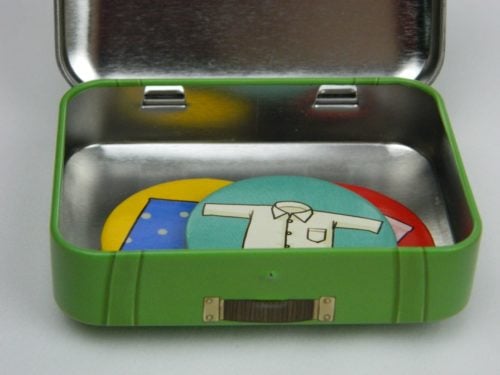 This player rolled a mouse when the elephant was in front of the green trunk. They will take all of the clothes from inside the trunk.

If you should acquire one of each of the four pieces of clothing, you can return them to the box removing them from the game. 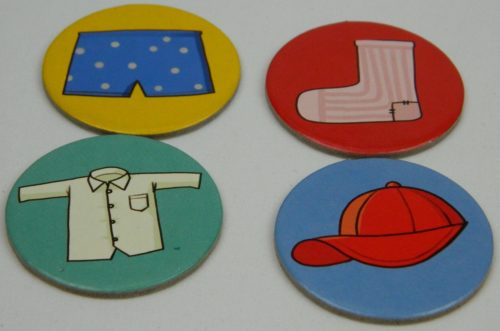 This player acquired one of each of the four types of clothes. They will return these tokens to the box.

The first player to get rid of all of their tokens first wins the game.

My Thoughts on Elephant’s Trunk

As I wrote at the beginning of this review, Elephant’s Trunk was not targeted towards me. As soon as you start reading the rules you can tell that the game was made for young children and their parents. Therefore I want to preface the rest of this review by saying that this review is based on the thoughts of an adult playing the game. As the game was made for young children, their thoughts towards the game are likely to be quite a bit different so you should take that into consideration while you read the rest of this review.

I can’t say that I had high expectations heading into Elephant’s Trunk due to the younger audience that the game was made for. There are children’s games that can be enjoyable for adults as well, but they are usually dexterity games or have a silly premise that appeals to adults who are children at heart. I was hoping with the game being developed by Reiner Knizia, who has made so many games in the past, that it would be able to overcome the fact that it was designed with young children in mind. Unfortunately it doesn’t.

Honestly after playing Elephant’s Trunk I am not entirely sure if I would call it much of a game. Basically the game boils down to rolling the die and taking the corresponding action. You roll a color and get rid of one or two of your tokens. Roll the mouse and you will pick up whatever tokens are in the trunk that the elephant is by. That is basically all there is to the game. Because of this the game relies entirely on luck as there are no decisions to make. Basically if you roll well you will win the game. If you don’t you won’t.

In some ways I can see why the game was designed in this way. The game was designed for preschoolers as the recommended age is 4+. When you are designing a game for children that young, you have to make the gameplay simple and to the point or the target audience won’t understand what they are supposed to do. In this regard the game succeeds because it is really easy to play. You could honestly teach the game to adults in maybe a minute. Younger children may take a little longer, but I can’t see them having any trouble playing the game.

As I didn’t play the game with any young children, I don’t have any firsthand knowledge about whether they will enjoy the game. I see it as the type of game that most children would enjoy though. Between the game’s theme and its simplicity, I see it appealing to younger children as a sort of “first game” introducing them to game mechanics that are used in more complicated games that they will play once they get older. I think the game would work well with children around ages four to six.

Unfortunately that is about the only people that will enjoy playing the game. I can see parents/grandparents/etc enjoying the game with young children mostly due to the enjoyment of the kids. I don’t see anyone over the age of like six otherwise getting much out of the game. This comes from the fact that there really isn’t all that much to the game. The game relies entirely on luck and has no actual decisions outside of how you choose to roll the die. In a way the game plays itself and only requires player input to roll the die and move the tokens around. This is about as exciting as it sounds.

As for the game’s length, I think it might actually depend on how lucky the players are. When we played the game it was really short. I actually think one player was able to win in five or six rounds as they rolled a color every round so they got rid of all of their tokens right away. It sounds like this is not always the case though since if you roll the mouse a lot you will be putting in tokens just to take them out a couple turns later. I would guess most games would only take 10-15 minutes, but if you have terrible luck it could take longer. In this case the game will really drag out as it is a game that will get repetitive quickly if it extends much past 10-15 minutes.

Arguably the game’s greatest asset is its components. The cardboard tokens are typical and aren’t anything special. The artwork is not bad, and the tokens do their job. The game also includes a large wooden dice and elephant figure. I have always really liked it when board games use wood pieces and things are no different in Elephant’s Trunk. Probably the best components though are the metal trunks. While these aren’t particularly necessary, they are a nice little addition to the game. Generally speaking the components are pretty good.

Should You Buy Elephant’s Trunk?

With a developer like Reiner Knizia I was hoping that Elephant’s Trunk could surpass what you would typically expect from a game mostly made for preschoolers. Unfortunately it fails in this task. In its mission to appeal to young children I think it does a good enough job. The game is easy to play and the theme and components will likely appeal to young children. Unfortunately there really isn’t much to the actual game. You basically just roll a die and do what it says. There are no decisions in the game so it relies entirely on luck and it feels like the game basically plays itself. For this reason the game is really boring for anyone over the age of like six except maybe for those playing the game with young children.